Nearly one year after we last checked in, the wrapping is off, and the finish line is in sight for a mixed-use development from Wiseman Residential in Mid-Wilshire.

Located at the southeast corner of Pico Boulevard and Curson Avenue, the project consists of a seven-story podium-type building that will feature 44 apartments above ground-floor retail space and subterranean parking.

While the project is a by-right development which did not require discretionary entitlements, it is nonetheless designed in accordance with the Transit Oriented Communities guidelines, permitting a larger structure than otherwise allowed by zoning. In exchange, Wiseman will provide four units of deed-restricted affordable housing within the project. 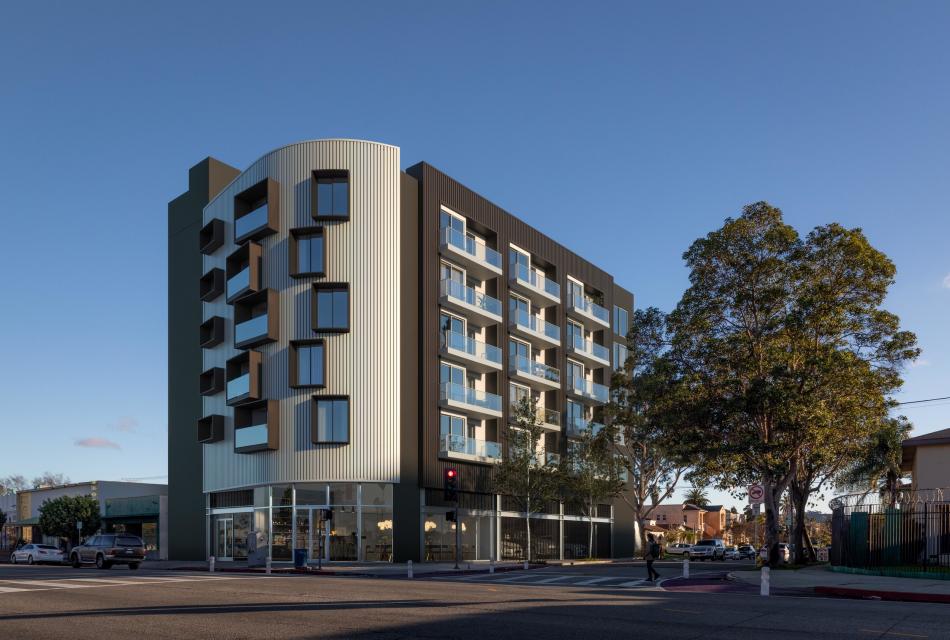 City records indicate that Reed Architectural Group is designing the project, which is now fully-framed. The building closely resembles a conceptual rendering, although metal panels have given way to painted plaster.

Wiseman, a prolific builder of multifamily housing in Westside and Central Los Angeles submarkets, is also in the midst of construction at a similar project a few blocks west at 5801 W. Pico Boulevard, and another less than a mile north on Olympic Boulevard.