In Mar Vista, construction is in the home stretch for a mixed-use apartment complex from Los Angeles-based LaTerra Development.

The project, which replaced a commercial center at 12444 Venice Boulevard, consists of a six-story building which will feature 77 apartments above 2,100 square feet of ground-floor retail space at completion. Parking for 84 vehicles will be located in a subterranean garage. 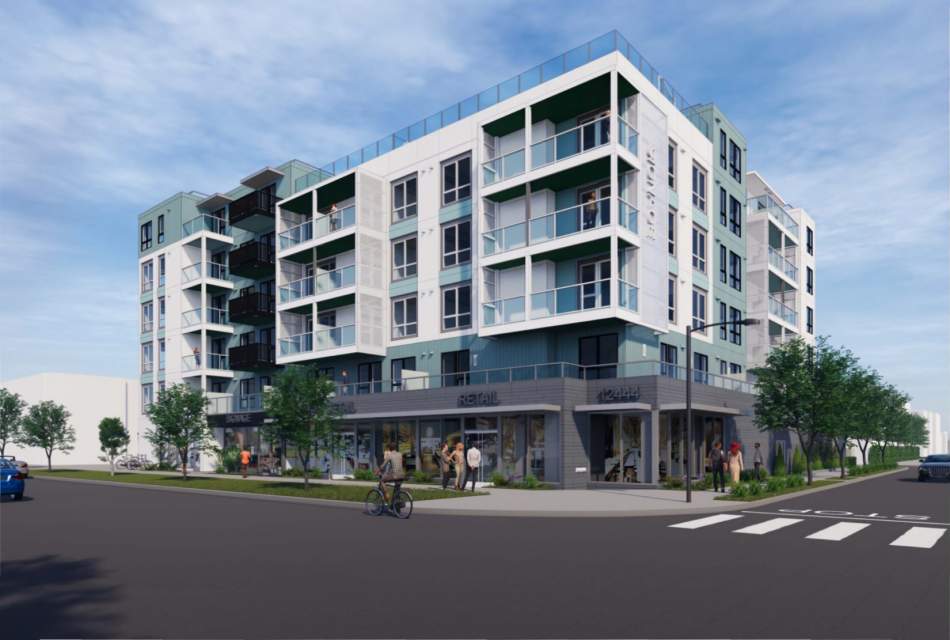 Designed by TCA Architects, the near-finished product closely resembles conceptual renderings produced prior to the project's groundbreaking, with an exterior consisting primarily of white and teal stucco.

In addition to housing, the project will include a rooftop deck, a fitness center, and a club room.

The under-construction apartment complex is the second of two developments built by LaTerra in Mar Vista, following a smaller apartment complex which has already opened at 12575 Venice Boulevard. The two buildings will contain a combined total of 129 apartments, including 12 which are to be set aside as deed-restricted affordable housing at the very low-income level.

LaTerra, which frequently develops its mixed-use and multifamily residential projects in couples, is also building similar projects in East Hollywood and Santa Monica. The Century City-based developer broke ground last year on its largest project yet: a 573-unit apartment complex in Burbank.