Nearly one year after breaking ground in Mid-Wilshire, wood framing has reached its peak at the site of a new mixed-use project from Wiseman Residential near the busy intersection of Olympic Boulevard and Fairfax Avenue. 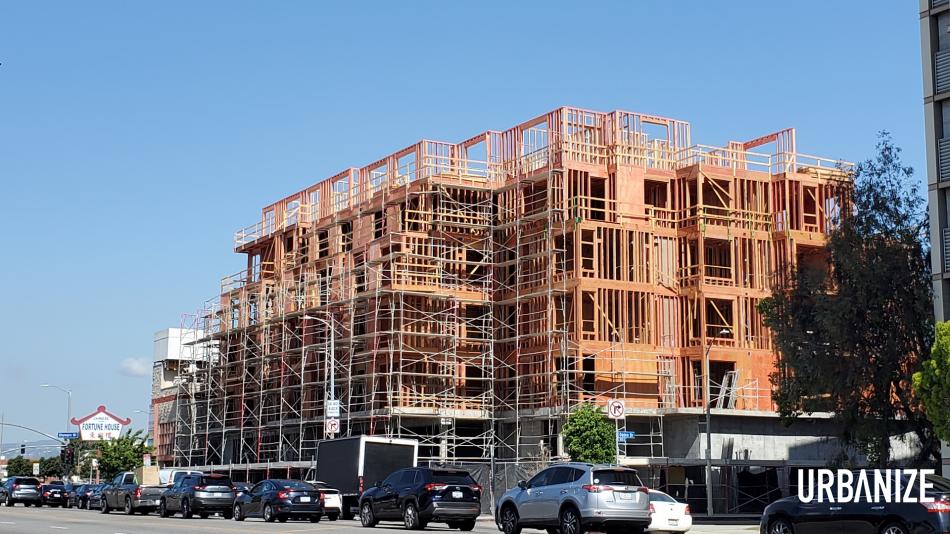 The project, which replaced three small commercial buildings at 6001-6011 Olympic Boulevard, consist of a six-story building containing 57 studio and one-bedroom apartments above 1,200 square feet of ground-floor commercial space and semi-subterranean parking for 36 vehicles.

Project entitlements include Transit Oriented Communities incentives, permitting a taller building than otherwise allowed under zoning rules. In exchange for the zoning concessions, Wiseman will be required to set aside six of the apartments as deed-restricted affordable housing at the extremely low-income level.

Labyrinth Design Studio is the architect of the contemporary low-rise structure, which will have an exterior of painted plaster and aluminum. Plans call for resident amenities including a rooftop deck and a ground-level recreation room. 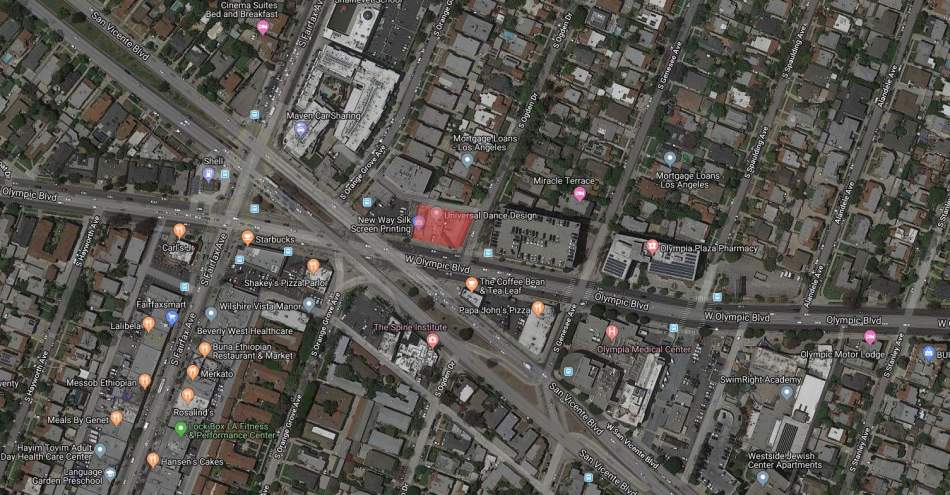 The project is one of a handful of new housing developments in the works near the notorious "asterisk" where Olympic Boulevard intersections with San Vicente Boulevard and Fairfax Avenue, including a smaller multifamily building proposed two blocks east and a mixed-use complex planned across the street.

Sawtelle-based Wiseman is behind a handful of other Mid-Wilshire developments, including two similar mixed-use buildings now under construction a half-mile south on Pico Boulevard.