CIM Group is one step closer to building another apartment complex at the intersection of Sunset Boulevard and Gordon Street in Hollywood, following this week's meeting of the Los Angeles City Planning Commission. 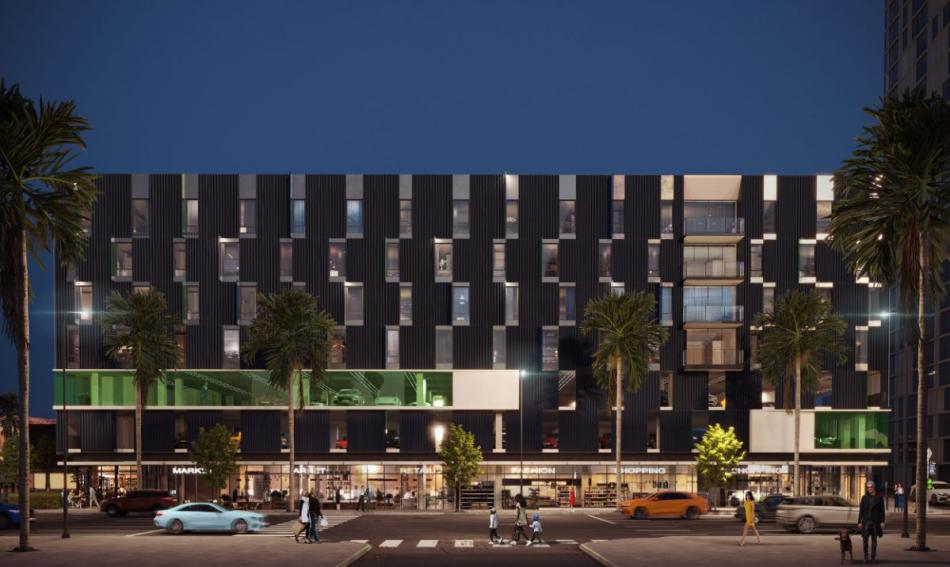 In a unanimous vote taken last week, the Commission approved plans from the Mid-Wilshire-based firm to build a new seven-story building at 6007 Sunset Boulevard, replacing a stretch of smaller commercial buildings. The proposed project would include 109 residential units in a mix of studio, one-, and two-bedroom floor plans, ranging between 372 and 963 square feet in size. Plans also call for 196 parking stalls, located in one subterranean level and three above-grade levels, and 14,657 square feet of ground-floor retail space.

Project entitlements include density bonus incentives permitting a larger structure with less on-site open space than would be allowed under the property's zoning. In exchange, CIM would set aside 14 of the new apartments as deed-restricted affordable units priced at the very low-income level.

ShubinDonaldson is designing 6007 Sunset, which is depicted in renderings as a contemporary podium-type building consisting of four levels of wood-frame construction above a three-level concrete base.  The podium structure, which would extend north onto Gordon Street, would contain parking, with a courtyard and amenity decks located above.  Proposed exterior finishes on the 86-foot-tall building include stucco and corrugated metal panels.

Current plans for 6007 Sunset have grown from an iteration of the project first seen in 2017, when CIM Group had planned for a smaller development with 63 apartments.

While many of CIM's recent projects have centered in neighborhoods such as Silver Lake and West Adams, the developer is no stranger to Hollywood, or the intersection of Sunset and Gordon.

Directly across the street, CIM wrapped up work on the 23-story Sunset and Gordon apartment tower in 2015, only to see California's 2nd District Court of Appeal invalidate the tower's approvals shortly thereafter. Tenants were forced to relocate after the court ruled that CIM Group had not adhered to a condition that a 1920s building that previously housed an Old Spaghetti Factory restaurant be preserved. CIM instead built a replica of the building at the ground floor of the new development.

The tower has since been re-approved and sold.