A proposal to raze a 1980s shopping center at the southwest corner of Hancock Park to clear the way for a new mixed-use apartment building is taking a key step forward, with the publication of a new environmental report by the Los Angeles Department of City Planning. 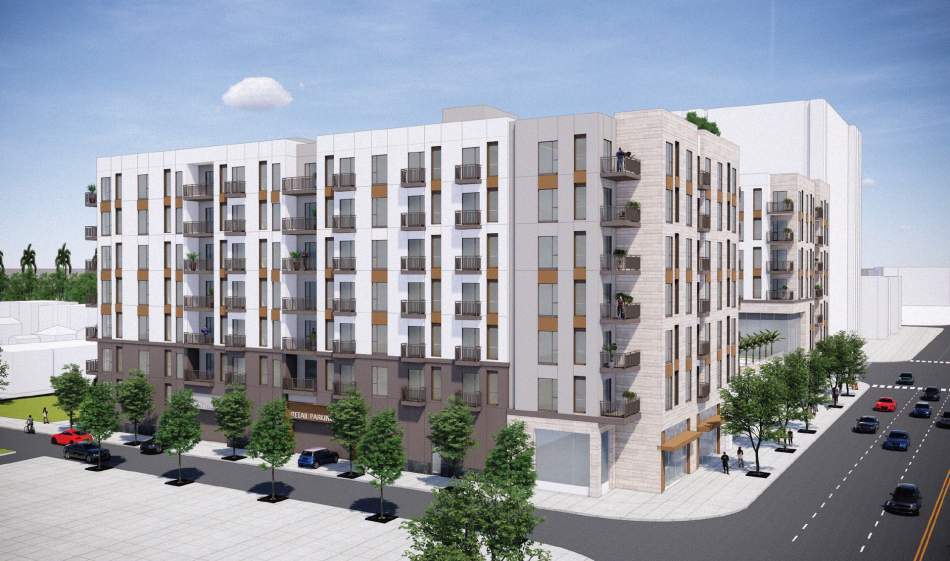 Pacific Springs, LLC, owner of the strip mall the northwest corner of Wilshire Boulevard and Highland Avenue, filed plans last year with the City of Los Angeles to redevelop the property with an eight-story building featuring 242 studio, one-, two-, and three-bedroom apartments atop 10,900 square feet of ground-floor retail and a 354-car subsurface parking garage.

Requested entitlements include Transit Oriented Communities incentives to permit a larger building than otherwise permitted by zoning regulations. Pacific Springs would be required to set aside 25 of the proposed apartments as deed-restricted affordable housing at the extremely low-income level in exchange for increases in allowable floor area and density, among other concessions.

TCA Architects has been tapped to design the project, named for its address at 5001 Wilshire Boulevard, which is depicted in renderings as a contemporary podium-type building. Plans call for a U-shaped footprint above the second floor, wrapping a central courtyard. Other common features proposed include a fitness center, a club room, and a rooftop deck. 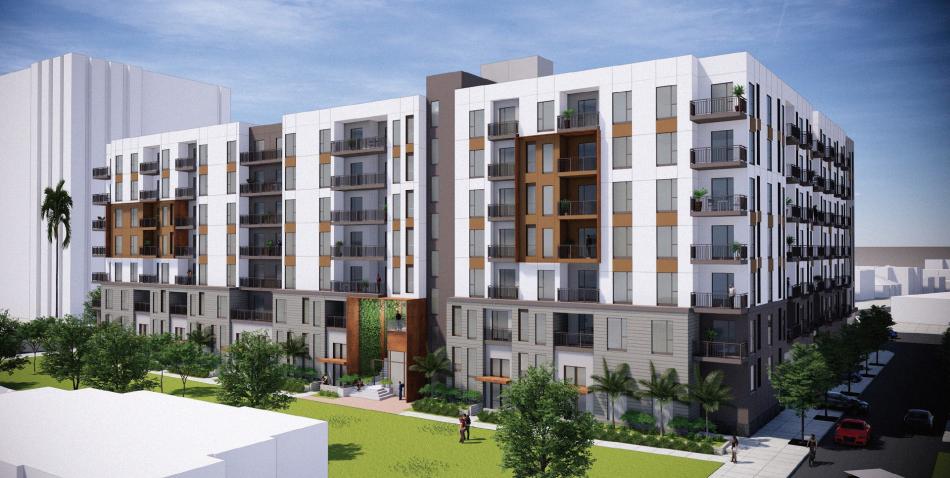 Additionally, Pacific Springs intends to vacate an alley which runs behind the strip mall to merge the site with an adjoining parking lot to the north. This would allow the space to be converted into an 18,000-square-foot landscaped green space, aligned with Mansfield Avenue Park to the west across Citrus Avenue. Ground-level townhome units would front the new green space.

According to the environmental study, construction is expected to occur over an approximately 32-month period, with completion expected in February 2025.

The project site, which sits a short walk east from the intersection of Wilshire and La Brea Avenue, will sit within close proximity to a Metro subway station scheduled to open in 2023. Other developers, such as CGI Strategies, have capitalized on the upcoming transit hub with plans for new commercial and multifamily residential buildings nearby. 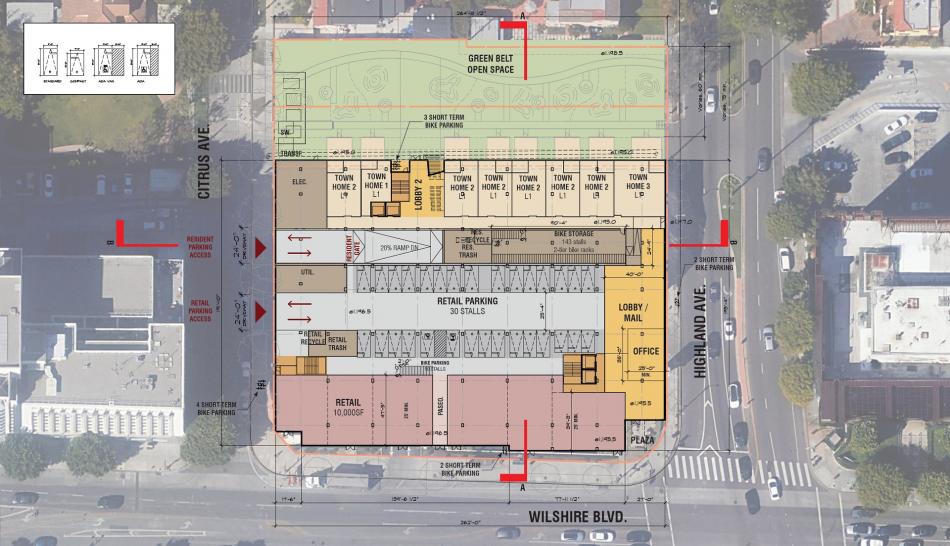