Directly west of Barnsdall Park on the East Hollywood - Los Feliz border, work is in the home stretch for a pair of two mixed-use apartment buildings from LaTerra Development. 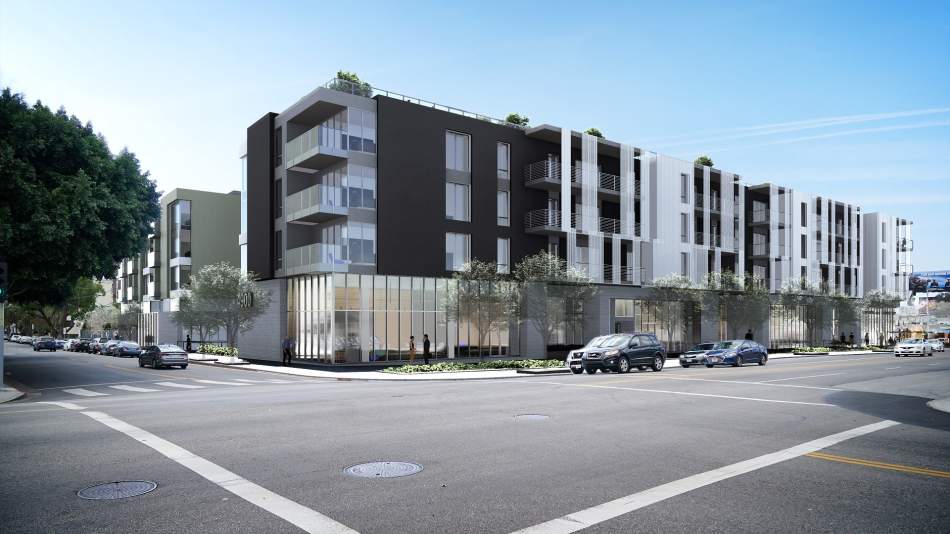 Located on corner lots at 4850 and 4900 Hollywood Boulevard, the two buildings feature a combined total of 246 residential units and 22,500 square feet of ground-floor commercial space. Each also features subterranean parking.

The larger building, called The Louise, stands at the southwest corner of Hollywood Boulevard and Edgemont Street. The five-story structure features 150 apartments - including 24 affordable units - and 13,000 square feet of ground-floor retail. 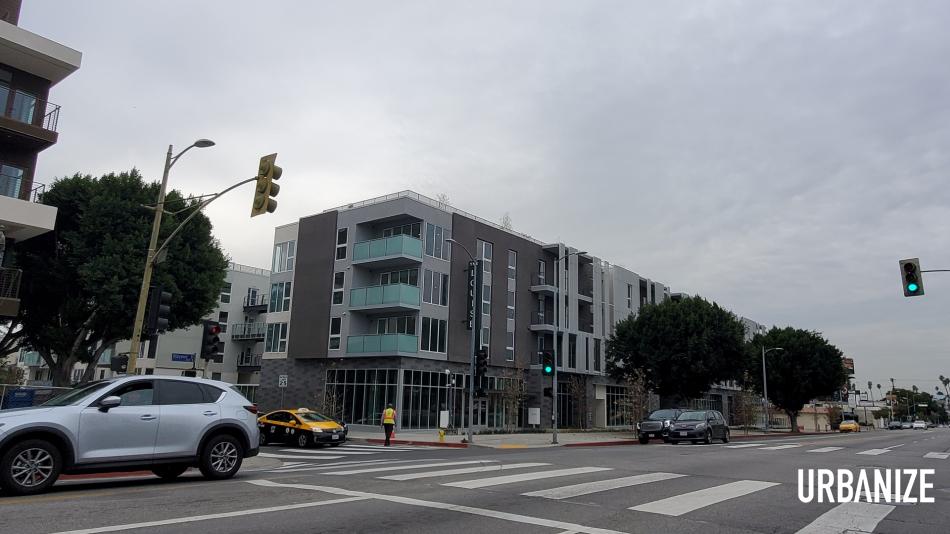 A leasing website for the property advertises studio, one-, two-, and three-bedroom floor plans, ranging from approximately 500 to 1,400 square feet in size. Rents for the market rate units start at $2,590 per month for a studio, and range as high as $6,175 per month for a three-bedroom unit. 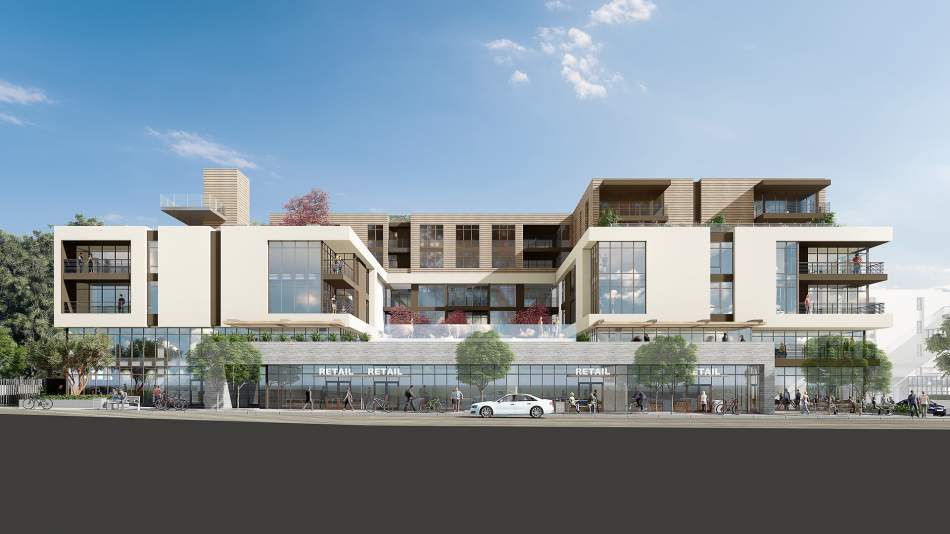 At the southeast corner of the intersection, the wrapping is off at The Louise's six-story sister development, which will feature 96 rental units above approximately 9,500 square feet of ground-floor retail space and parking for 167 vehicles.

Urban Architecture Lab is designed both apartment complexes, which incorporate amenities such as rooftop decks and courtyards. Both structures are oriented to preserve view corridors from Barnsdall Park and the Frank Lloyd Wright-designed Hollyhock House, which was named a UNESCO World Heritage Site in 2019. 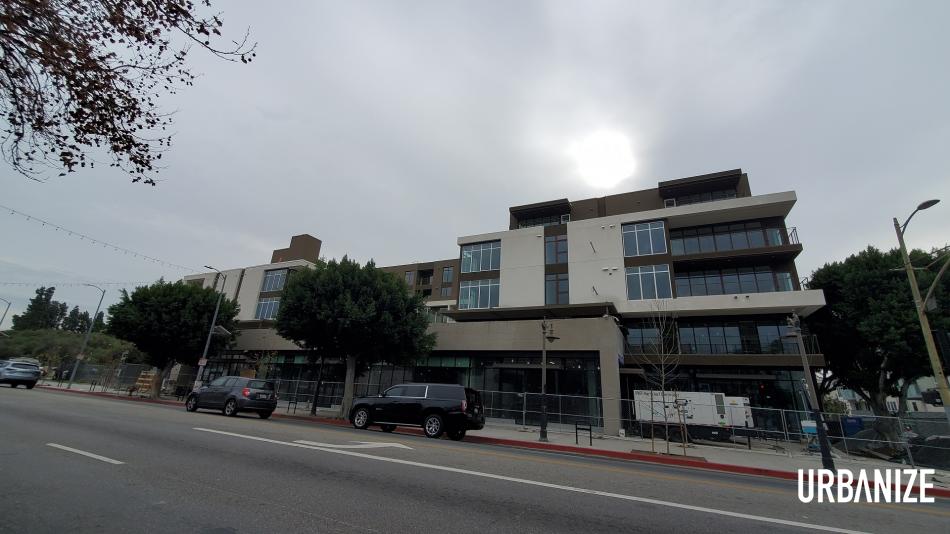 LaTerra's other under-construction developments include projects in Burbank and West Hollywood.