Two mixed-use developments that could bring more than 500 apartments to Koreatown and Westlake are the subject of appeals to the Central Los Angeles Area Planning Commission. 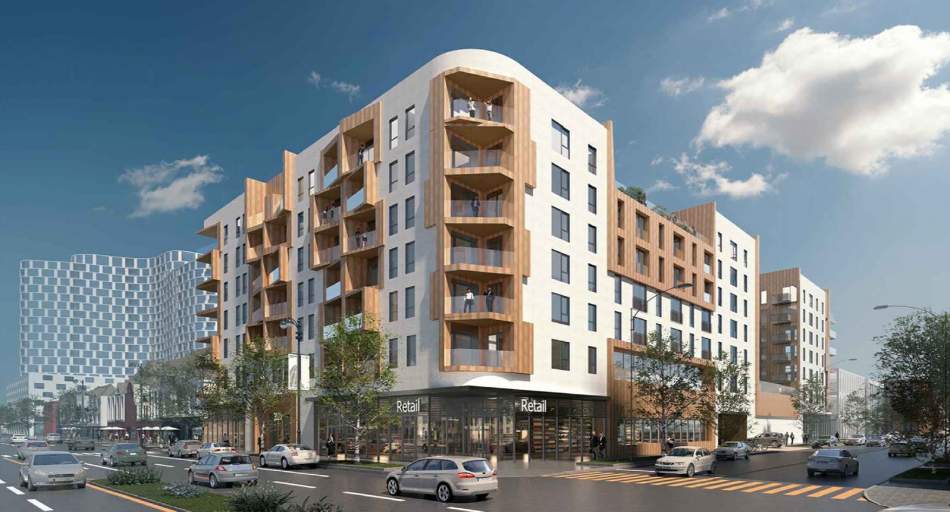 The first project, proposed by prolific local developer Jamison Services, Inc., would replace two office and retail buildings at 3020 Wilshire Boulevard on the eastern edge of Koreatown.  Plans approved earlier this year by the City of Los Angeles call for the construction of an eight-story building featuring 262 studio, one-, and two-bedroom apartments, approximately 10,000 square feet of ground-floor retail space, and parking for 367 vehicles.

As a by-right development, the project does not rely on incentive programs to achieve its proposed building envelope, and thus is not required to provide on-site affordable housing under zoning rules.

AC Martin is designing the contemporary podium- type building, which would be clad in a mix of plaster and wood siding.  Planned amenities include courtyard swimming pool, two roof decks, a fitness center, a game room, and co-working space. 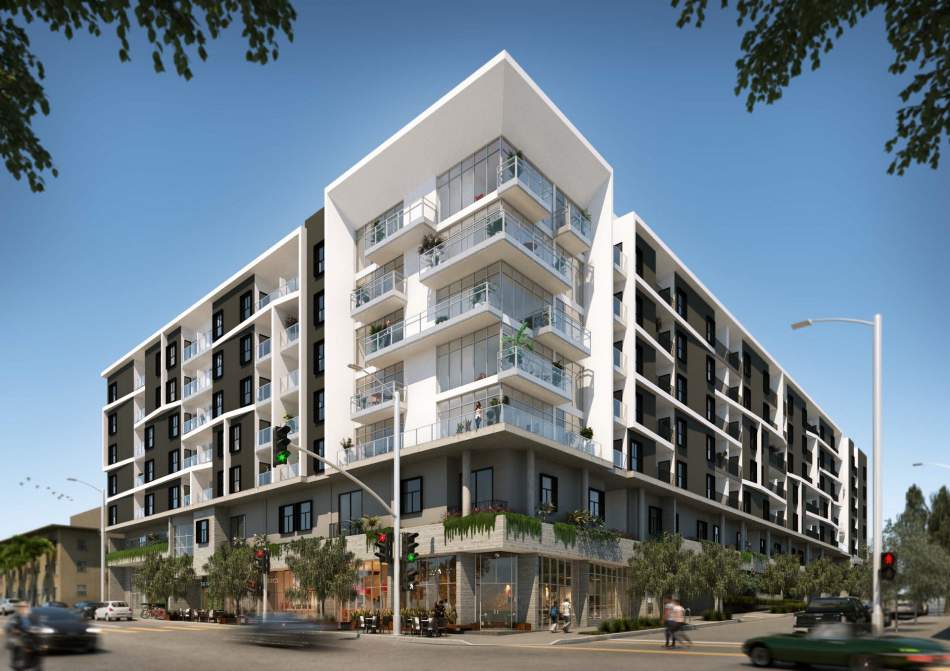 The second development, proposed by Safco Capital, would rise from a currently vacant site at the intersection of 8th and Park View Streets.  Approved plans call for a seven-story edifice containing 264 studio, one-, and two-bedroom apartments atop 9,700 square feet of ground-floor retail space and parking for 230 vehicles

The Westlake project, unlike its counterpart in Koreatown, was entitled using Transit Oriented Communities incentives to achieve greater height and density than permitting by base zoning rules.  Safco is required to reserve 27 of the apartments as extremely low-income affordable units in exchange for the bonuses.

The Albert Group Architects is designing the proposed development, named "The Parkview," which is depicted in a rendering as a contemporary low-rise structure.  Architectural plans show amenities including a fitness center, a community room, and courtyards, and roof terraces.

Both appeals to the Area Planning Commission were filed by the Coalition for An Equitable Westlake MacArthur Park, a group which frequently appeals new projects in Central Los Angeles on the basis that the cumulative impacts of new developments are not sufficiently analyzed through the lens of the California Environmental Quality Act.  The appellants arguments against both projects focuses on cumulative impacts, but also argues that Jamison's development will contribute to displacement in the Koreatown neighborhood to a lack of on-site affordable housing.

Staff responses recommend the denial of both appeals, and point to a lack of any existing housing at 3020 Wilshire Boulevard in regards to the Koreatown project.