At its meeting scheduled for November 10, the Studio City Neighborhood Council's Land Use Committee is set to review a proposal to redevelop a series a property located just south of the Los Angeles River with housing and retail space.

The proposed project, submitted to the Planning Department for review in July 2021, would rise from a site located at 12544-12582 Ventura Boulevard, replacing a pair of small commercial buildings. Proposed plans call for the construction of a four-story edifice containing 27 condominiums - including five affordable units - above 17,400 square feet of ground-floor commercial uses, with 154 parking spaces provided in a screened three-story garage at the rear of the site.

The entitlement application indicates that the project is pursuing density bonus incentives, permitting a larger structure than allowed under zoning rules due to the inclusion of on-site affordable housing. 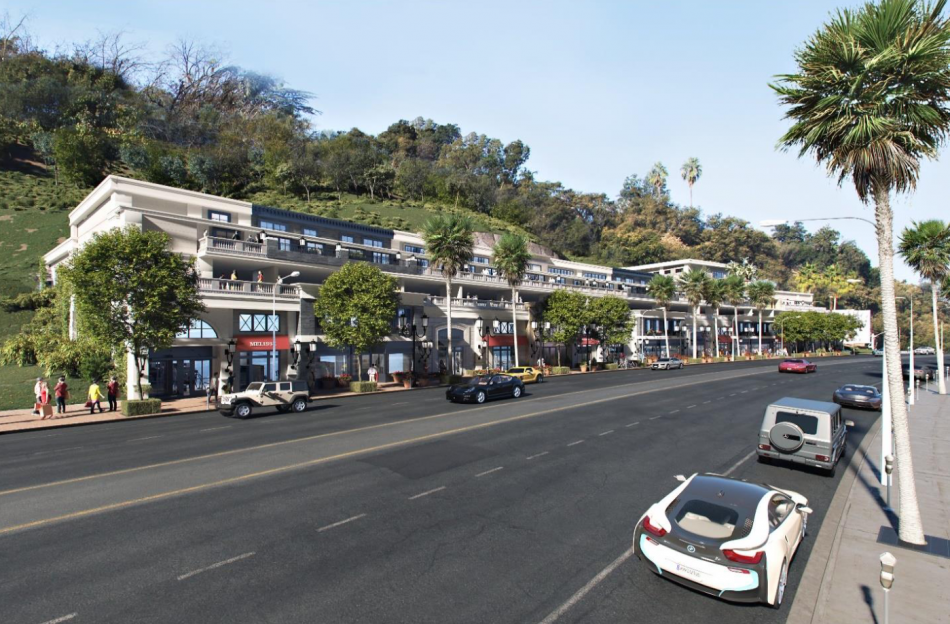 Renderings of the building, which is named Sunswept Place for the hillside road which cuts behind the property, is depicted with stepped, terrace decks along its northern face, reducing its scale along Ventura Boulevard. A large amenity deck with a swimming pool would cap the project's roof.

The project, in addition to housing and commercial uses, would also serve to shore up the adjacent hillside, while also undergrounding power lines and removing a billboard overlooking Ventura. 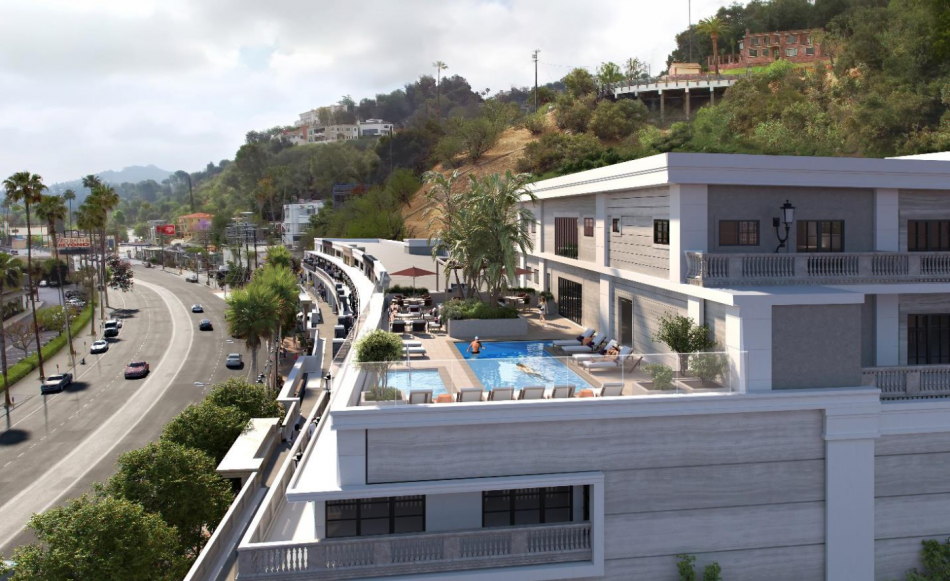 Construction of Sunswept Place, according to a project website, is expected to occur over 16 months, starting in January 2023 and concluding in Fall 2024.