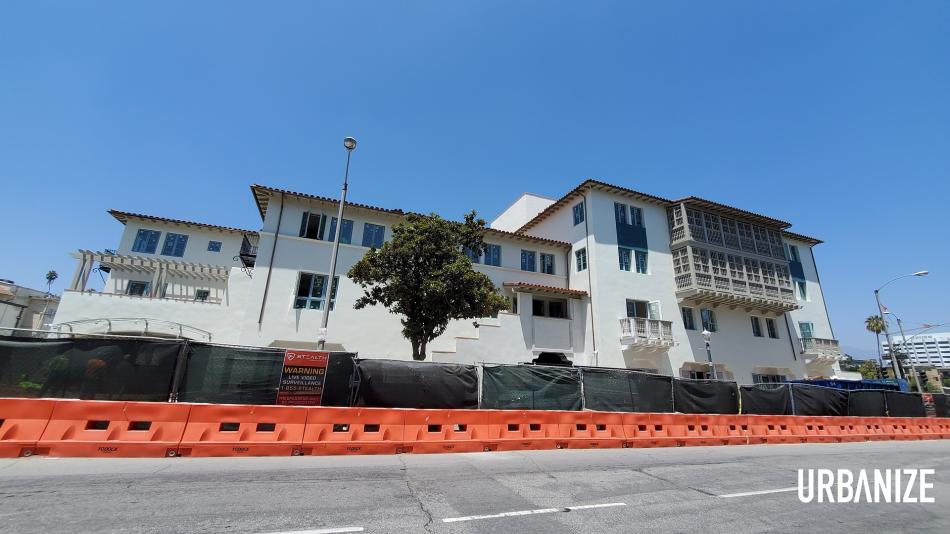 The project, which occupies a corner lot at the intersection Union Street and El Molino Avenue, consists of a four-story building that will feature 40 residential units above 2,500 square feet of ground-floor commercial space and basement parking for 70 vehicles.

Moule & Polyzoides is designing the 635 Union, which closely resembles the Spanish Colonial revival style building depicted in a conceptual rendering produced prior to the project's groundbreaking. Plans call for a mix of two-bedroom flats and street-fronting townhouses.

At the time of its groundbreaking, the project at 635 E. Union Street was expected to debut by Fall 2021. Completion is currently on track to occur this year.

The development site across the street from the Andalucia, a similar mixed-use project completed by Mack Real Estate Group and Mill Creek Development in 2017, as well as another Mill Creek project which is now rising one block east. Those residential developments will eventually surround a new park being built on a city-owned site located across El Molino from the GD Realty building.