Hope Street Development Group, the joint venture partnership between Aedis Real Estate Group and LSA Capital, is at work on yet another affordable housing development - this time in the unincorporated community of Willowbrook. 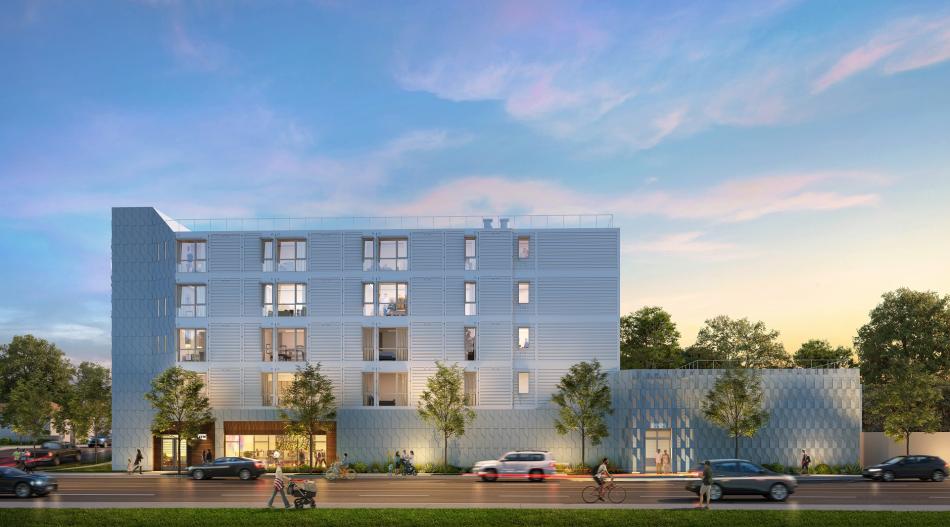 The latest project, named Hope on Avalon, is named for its location at the northwest corner of 124th Street and Avalon Boulevard.  The under-construction development, which was approved by the Los Angeles County Regional Planning Commission in 2020, will include 89 units of permanent supportive and traditional housing (ranging from 320 to 480 square feet in size), as well as parking for 12 vehicles and resident amenities.

"This singular development is comprised of two buildings that are woven together seamlessly through the use of siding and cohesive materials," reads a description provided by KTGY.  "The two-story transitional building leverages screening along the facade for a heightened level of privacy.  This material flows from the transitional building to the ground level of the five-story permanent supportive housing building...to bridge the aesthetic and reflect the growth and movement of the residents within.  Warm-stained wood cladding at the prominent main corner entrance...creates an inviting feeling and welcomes guests in from the street." 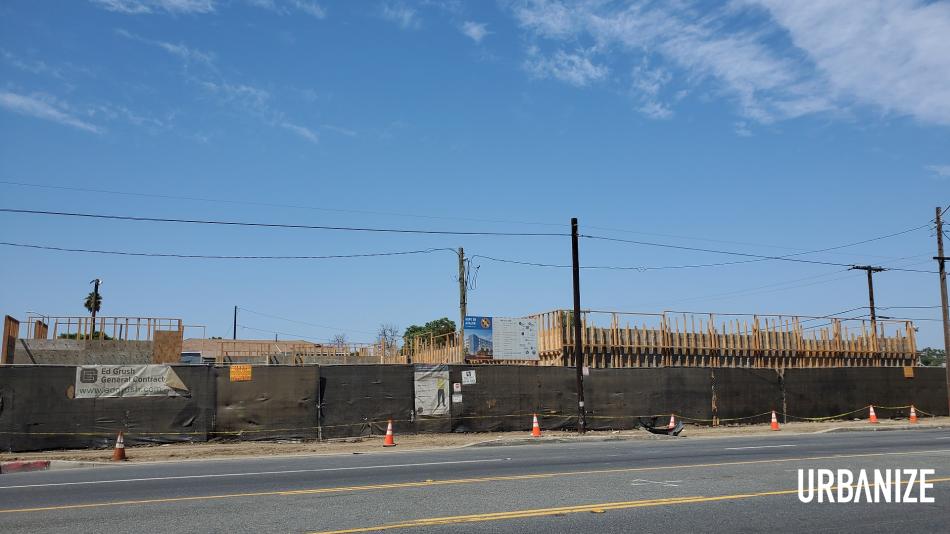 The project, according to an April 2020 staff report to the California Tax Credit Allocation Committee, will cost approximately $43.5 million to complete.  Roughly half of its budget is accounted for by tax-exempt bonds,   The studio and one- bedroom apartments within the building are to be rented to households earning at or below 50 and 60 percent of the area median income level.