In Hollywood's Spaulding Square neighborhood, modular units have arrived at the site of a new infill housing development from Metros Capital. 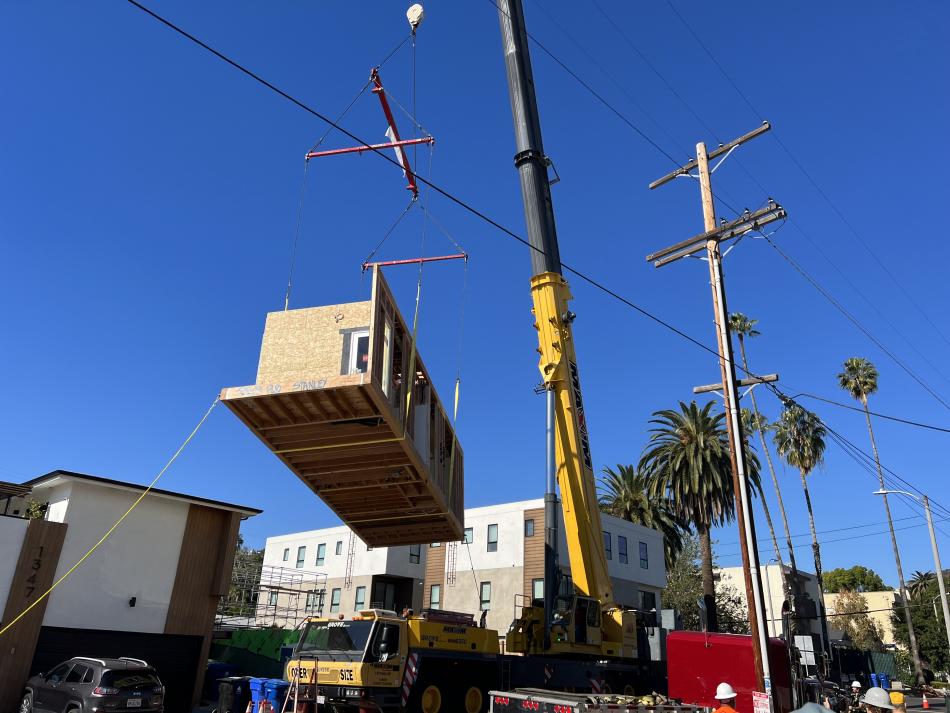 A module craned into placePlant Prefab

Located midway between Fountain Avenue and Sunset Boulevard at 1351 N. Stanley Avenue, the project replaced a 1920s single-family home with what will eventually be a three-story edifice featuring four town-home style apartments.

Designed by LOHA, the project calls for the modular units to be stacked in an offset arrangement to create balconies for residents. The site is arranged with a driveway and atrium separating eastern and western wings of the building.

At the time the project was announced, construction of 1351 Stanley was expected to occur over a roughly 3-to-5 month period on account of the use of modular units. 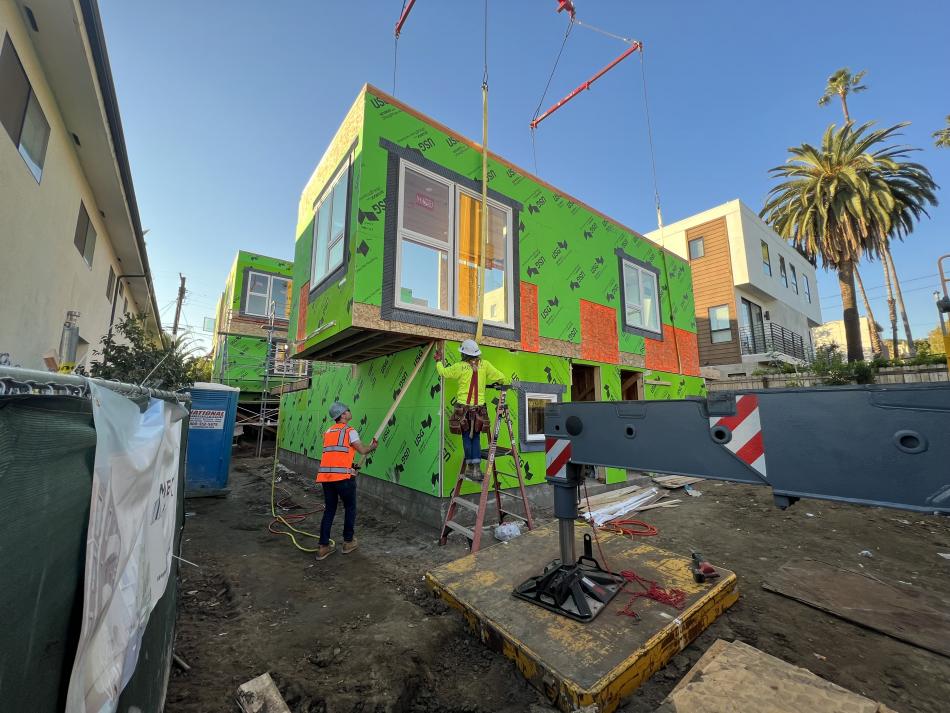 A module craned into placePlant Prefab

The project is not the first collaboration between Metros Capital and LOHA, which have also proposed an 11-story apartment building in Hancock Park.

Plant Prefab supplied the modular units, which uses a kit of panels on its ground floor, which were delivered with steel beam and column assemblies. Upper levels are composed of prefabricated modules, built in the company's Rialto factory and assembled on-site.

“Metros and LOHA are leaders in the market who share our commitment to advancing the use of prefabrication to deliver high-quality, sustainable housing,” said Plant Prefab chief executive officer Steve Glenn. “This project paves the way for similar developments in other land- and labor-constrained markets. The efficiencies of an integrated design, manufacture and delivery process helps developers stabilize their asset and start generating cash flow much more quickly than traditional construction methods.” 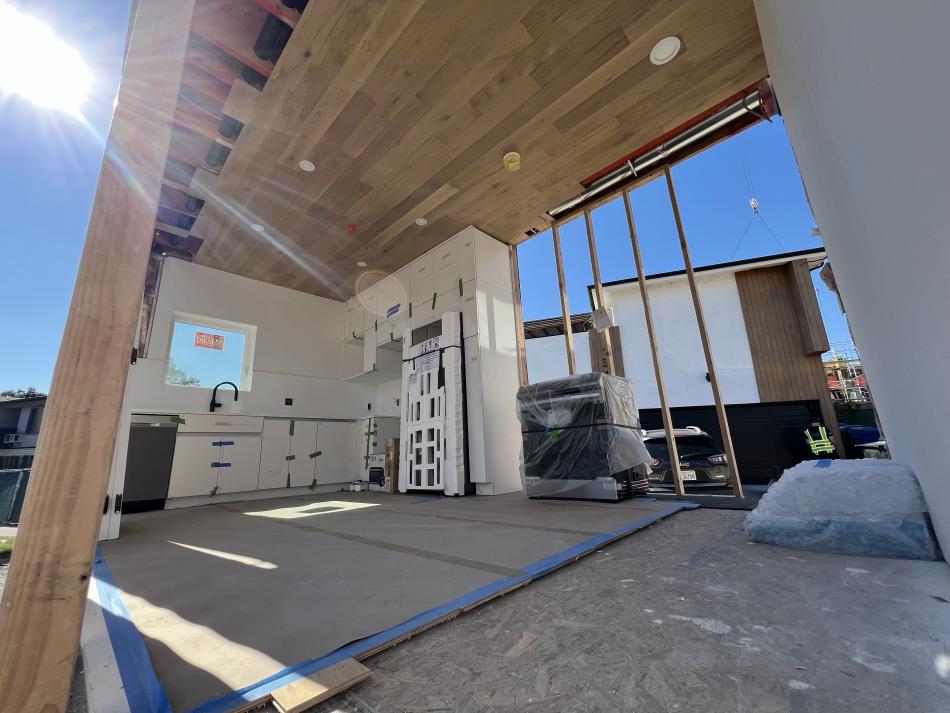 Inside a Plant modulePlant Prefab