Yesterday, the Beverly Hills-based developer announced that it had acquired a 20,000-square-foot site at 400 E. Adams Boulevard for $3 million. The company intends to redevelop the property, currently improved with a car wash and a small restaurant, with a new 84-unit apartment complex featuring a mix of studio and one-bedroom units.

“With so many communities across LA having become unaffordable for average workers, this is a key opportunity to address a significant need and bring better housing to middle-income earners like teachers, firefighters and hospital staff – ensuring they can afford to live in the communities where they serve,” said Markwood chief executive officer David Wright in a statement. “We’re looking forward to addressing the important issue of access to quality housing in Los Angeles while creating a new path for Markwood.” 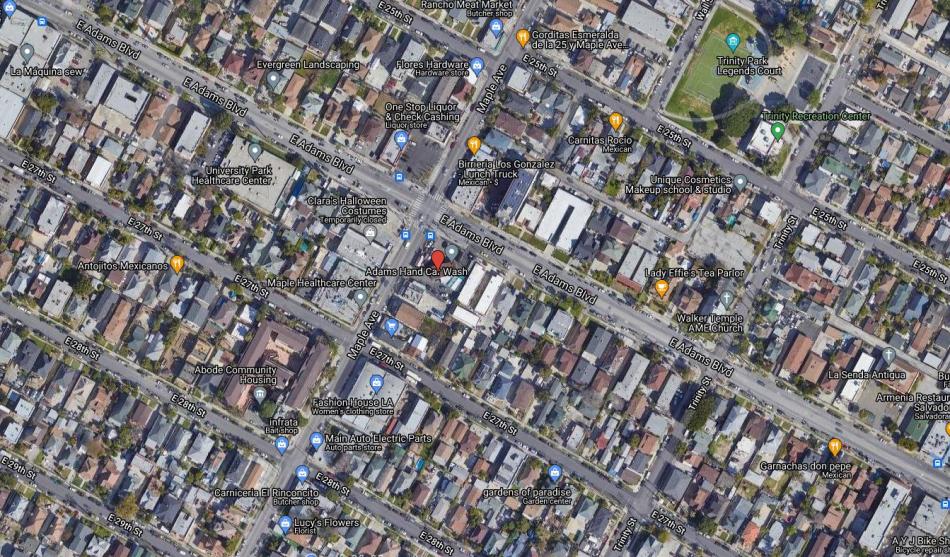 Markwood intends to pursue entitlements for the project using Transit Oriented Communities incentives (TOC) to exceed certain zoning limitations placed on the property. In exchange, eight of the proposed apartments are to be set aside as affordable housing at the extremely low-income level. The remaining units, according to an e-mailed statement from the developer, will be priced for households earning between 120 and 150 percent of the area median income.

"The development thesis is that it is possible to develop property for the workforce segment of the community without incentives - other than TOC - and still offer a good return to investors," reads a statement issued by Markwood.

Markwood has partnered with design architect AERO Collective and executive architect AO on the project, which will consist of four levels of prefabricated modular units above on-grade parking.

According to a project representative, the developer expects to secure permits for the project in approximately 15 months. Construction is scheduled to take approximately 12 months, due to the use of modular units.