East L.A. Community Corporation (ELACC) and  BRIDGE Housing have shovels in the ground for yet another mixed-use affordable housing development next to a Metro stop in Boyle Heights. 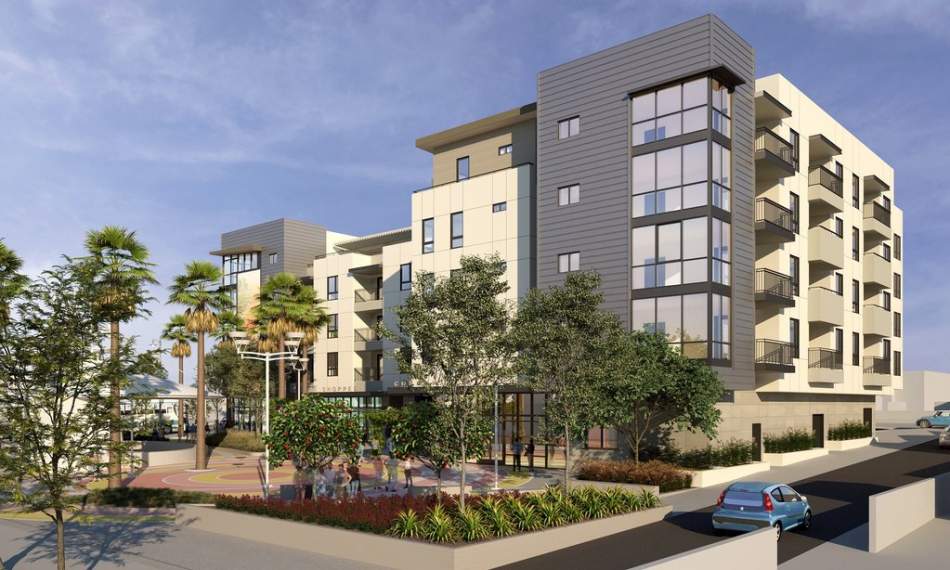 View from south of the Soto Station plazaGonzalez Goodale

Site preparation is now underway for the Los Lirios Apartments, a mixed-use project located on a Metro-owned site at 113 S. Soto Street - just south of Soto Station.  The project will consist of a five-story edifice featuring 64 apartments - including 63 affordable units - above 2,443 square feet of ground-floor retail space and 50 subterranean parking stalls.

According to plans approved in 2020 by the City of Los Angeles, Los Lirios will include a mix of studio, one-, two-, and three-bedroom dwellings. The apartments are to be reserved for homeless individuals and households earning between 30 and 50 percent of the area median income.

Designed by GGA, the apartment complex would flank Soto Station with additional landscaped and hardscape plaza. In total, the contemporary low-rise building will include more than 8,000 square feet of open space, realized through features such as a central courtyard, a roof terrace, and an exercise room.

An environmental study previously adopted by the City of Los Angeles anticipated that construction would occur over the course of just over one year.