After three years of construction, it's finally here: the Orange County Museum of Art's (OCMA) new home will debut on October 8 at the Segerstrom Center for the Arts in Costa Mesa. 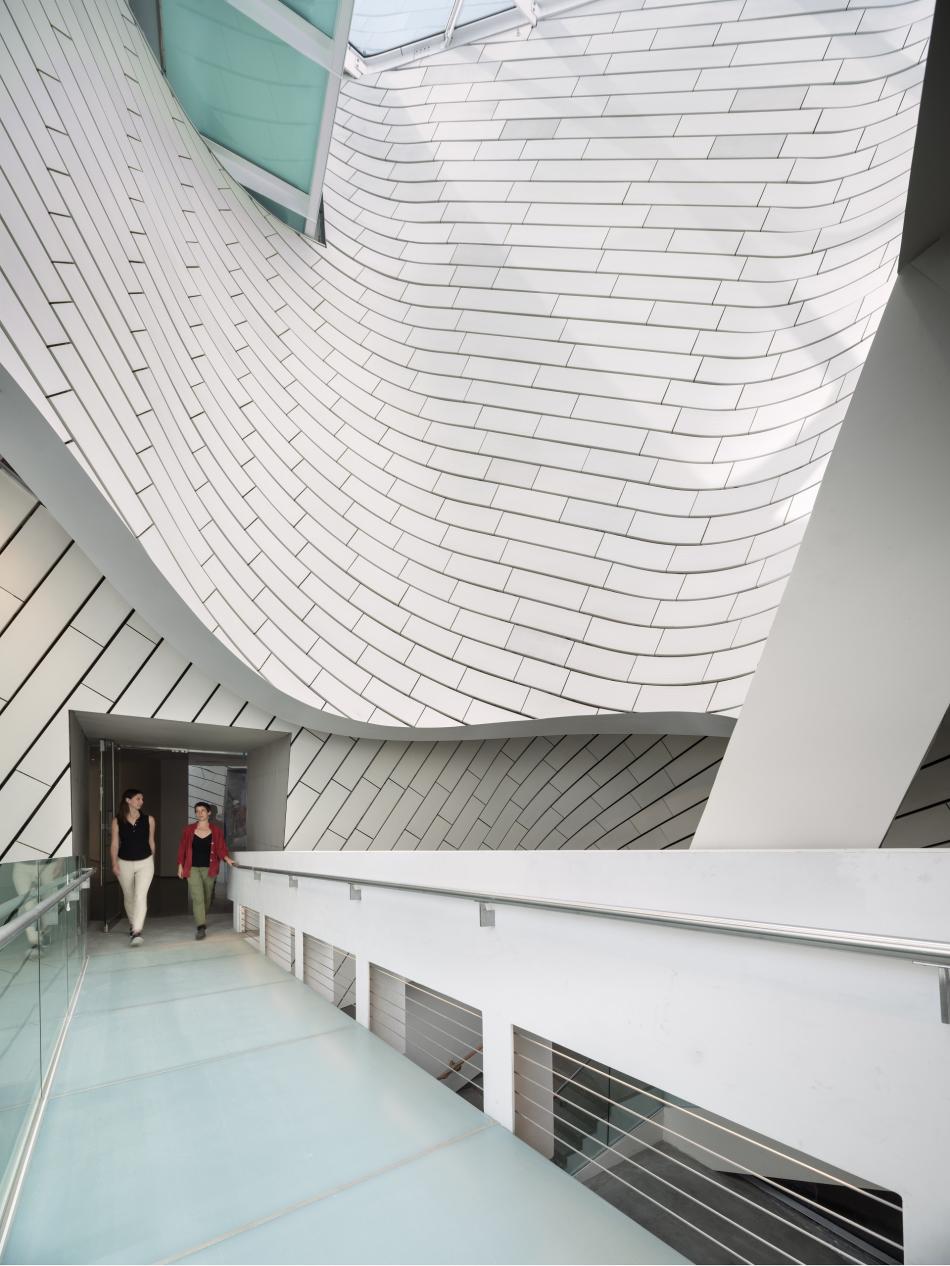 “We welcome all to our new home,” said museum chief executive officer and director Heidi Zuckerman said in a news release. “We believe access to art is a basic human right, and so our new building beckons the many communities of Orange County and beyond to come and explore and make art a part of their lives.”

OCMA will mark its opening with a ribbon cutting ceremony on October 7, followed by a 24-hour debut starting at 5 pm the day afterward, where visitors will be able to view its innaugural exhibitions, including the California Biennial 2022: Pacific Gold, an outdoor sculpture from Sanford Biggers, a new project on landscape architect Peter Walker, a Fred Eversley survey, and selections from the museum's permanent collection which honor the 13 women who founded the institution 60 years ago. 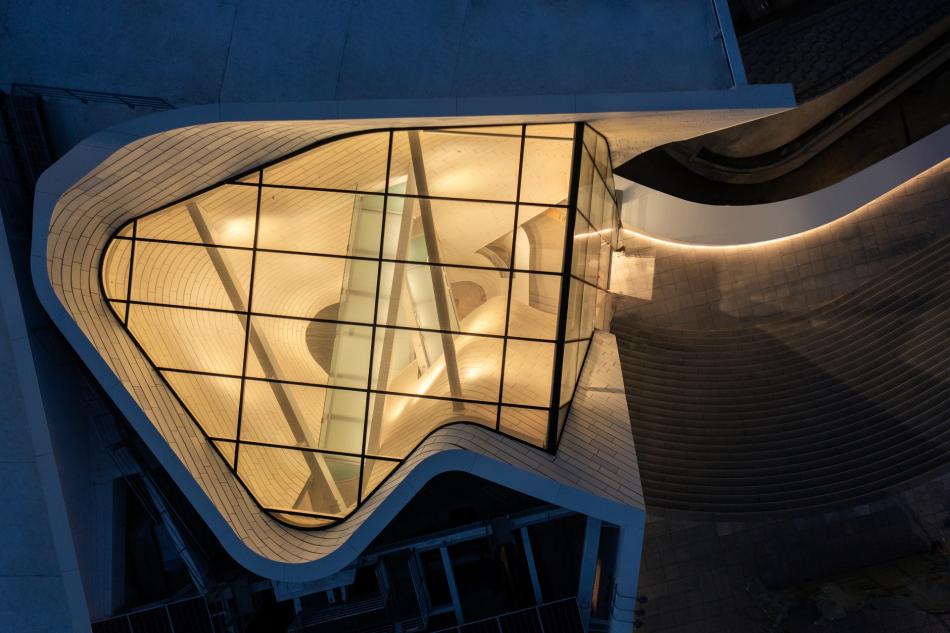 “The OCMA design represents a new model for museums based on public, urban, communal spaces with strong connections between interior and exterior," reads a statement released by Thom Mayne and Brandon Welling of Morphosis, which designed the facility. "Engaging the urban realm with a public stair and ‘storefront’ galleries, the design invites visitors through sunlit atrium spaces, open galleries and an expansive sculpture terrace. The strong relationship in the building between indoor and outdoor space will encourage visitors to immerse themselves in the celebrated climate of Southern California, where light, air, and space have influenced generations of artists.”

The OCMA facade include bands of glazed terracotta paneling, giving way to a set of grand stairs that lead to a large upper plaza. The outdoor space is billed as an extension of the galleries within, while a large atrium brings natural light into the museum's lobby and interior. Lower stairs on the exterior curve around the building toward its entrance, connecting the museum iwth other institutions at the Segerstrom Center.

If you are interested in visiting the new OCMA - you are in luck. Similar to The Broad in Downtown Los Angeles, general admission to OCMA will be free for the coming 10 years as part of a sponsorship with Luugano Diamonds. 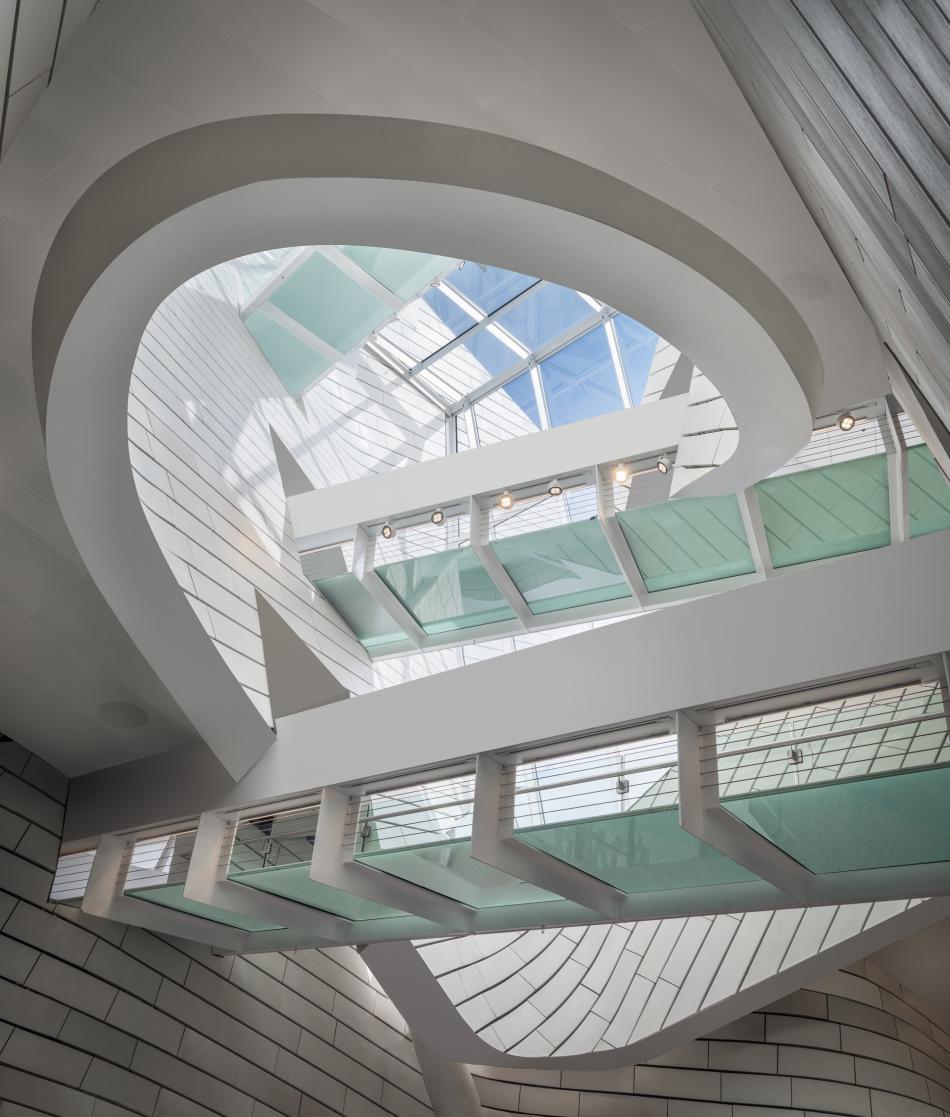