After more than six years in the planning stages, a proposal to revive and expand the historic Morrison Hotel in Downtown Los Angeles continues to inch forward. 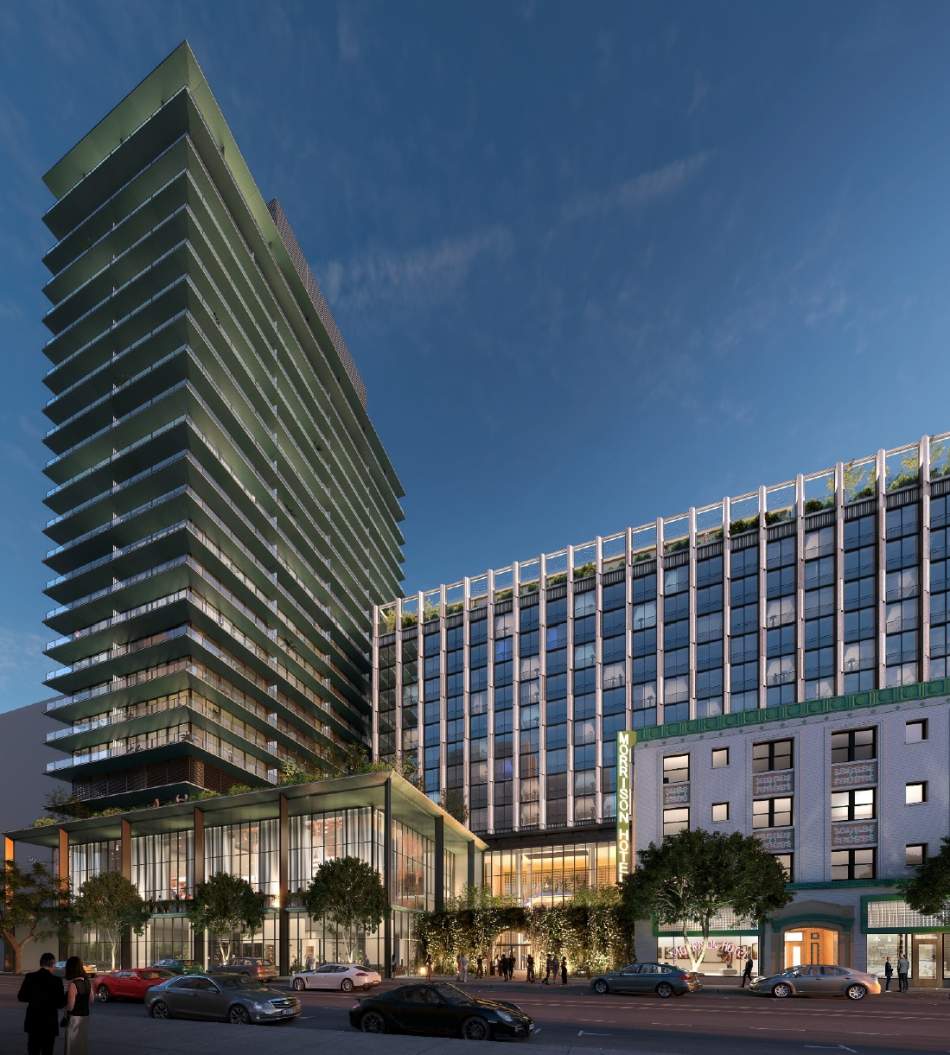 Last week, the Planning Department published a draft environmental impact report for the Morrison Project, which calls for restoring the more than century-old building at Pico Boulevard and Hope Street as the centerpiece of a new high-rise hotel and residential complex. Relevant Group, the developer behind the project, intends to convert the longtime SRO apartment building back into a hotel and then construct a new 15-story, 190-foot-tall expansion to the east, creating a hotel with a total of 444 guest rooms. Additionally, plans call for the construction of a 25-story, 325-foot-tall high-rise on a site located directly north of the Morrison featuring 136 residential units atop ground-floor retail and restaurant space. Parking for 222 vehicles would be located in three levels below the new construction.

SHoP Architects is designing the mixed-use complex, which would place a large courtyard at the center of the property's Hope Street frontage. That space would be activated by 15,500 square feet of shops, restaurants, galleries, and museum space in the surrounding buildings, with new event space and amenities on the floors above. Landscaped outdoor decks are also proposed the podium and roof levels of the new buildings.

The Morrison itself, built in 1914 and made famous by the album cover of a 1970s album of the same name by The Doors, would see historic features restored under the project.

Per a timeline included with the environmental study, construction of the Morrison project is expected to occur over a roughly 36-month period starting in 2022 and concluding in 2024.

Relevant Group, which made its name with a series of hotel projects in Hollywood, has more recently turned its sights to Downtown, where the company is planning a series of modular apartment towers.