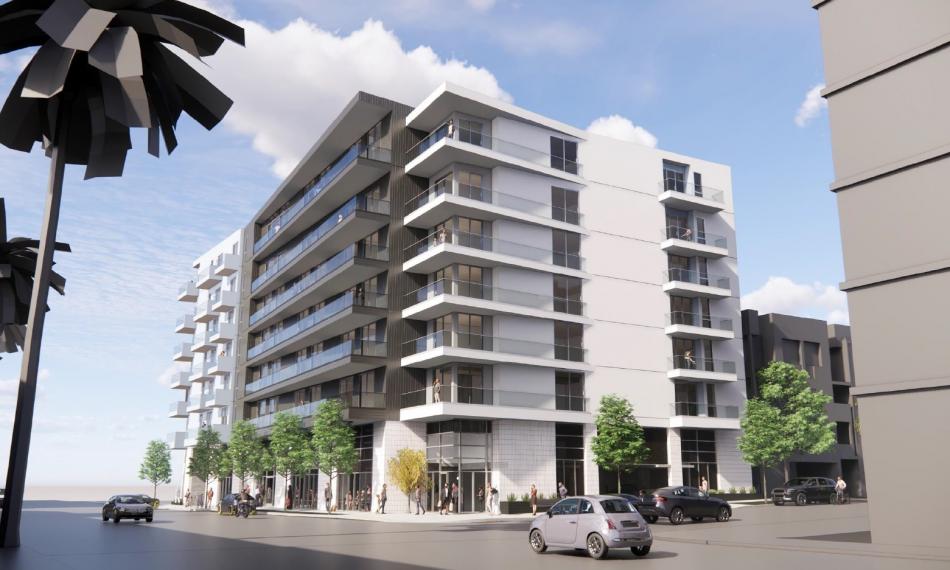 In a 15-0 vote, the Council affirmed the findings of the West Los Angeles Area Planning Commission and voted to approve requested entitlements for California Landmark Group's proposed mixed-use apartment complex at the northwest corner of Washington Boulevard and Motor Avenue in Palms.

The project, designed by Abramson Architects, would replace a thrift store with an eight-story building featuring 112 apartments - including 15 extremely low-income affordable units - above 2,000 square feet of ground-floor commercial space and parking for 71 vehicles.

The proposed development is officially an expansion of an adjoining apartment complex which is also owned by California Landmark Group, necessitating the removal of a building line. 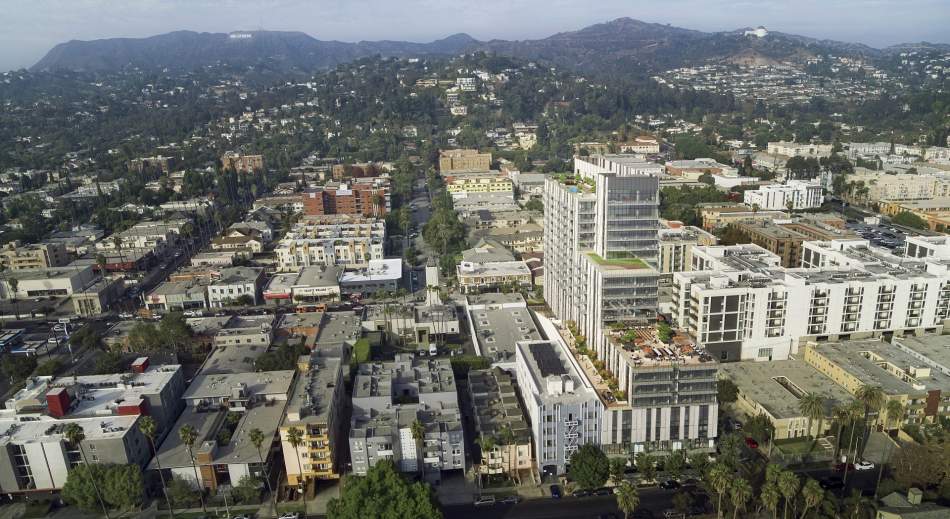 Over 11 miles northeast in Hollywood, another 15-0 vote by the City Council approved the adoption of an environmental report for a proposed 18-story apartment tower near the Hollywood/Western subway station, exempting the project from further review under the California Environmental Quality Act.

The proposed development from local real estate firm Bow West Capital, slated for a property located at 5600 Hollywood Boulevard, calls for the construction of a 17-story tower containing 200 one- and two-bedroom dwellings - including 40 units of deed-restricted very low-income housing - above semi-subterranean parking for 265 vehicles.

HKS Architects is designing the high-rise which would stand just shy of 200 feet in height.

The proposal from Bow West is not the first attempt to develop the property at 5600 Hollywood Boulevard.  The City of Los Angeles previously approved the construction of a seven-story, 33-unit apartment complex on the site in February 2018.  Prior to that, the currently vacant corner lot was slated for the development of a boutique hotel called "80 Cool Rooms." 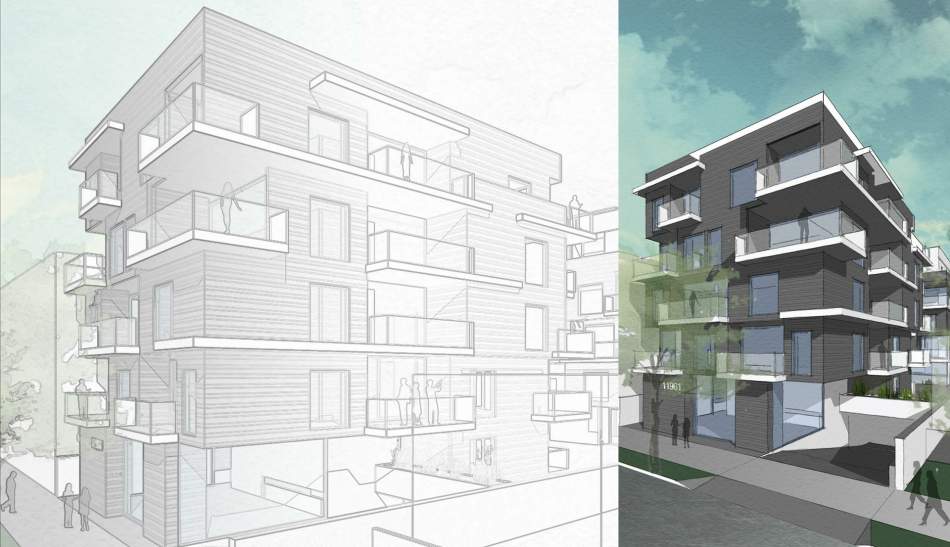 Illustration of the proposed apartment building at 11961 Venice BoulevardAsarch

A third vote by the City Council upheld the approval of a proposed five-story, 38-unit apartment building at 11961 Venice Boulevard in Mar Vista.

The Council hearing continued a fight first seen at the Los Angeles City Planning Commission in December 2020, when the property owner and project applicant - a local family trust - faced appeals from owners of neighboring properties along Venice and Inglewood Boulevards.  The appellants claimed that the new project would impact the value of their buildings. 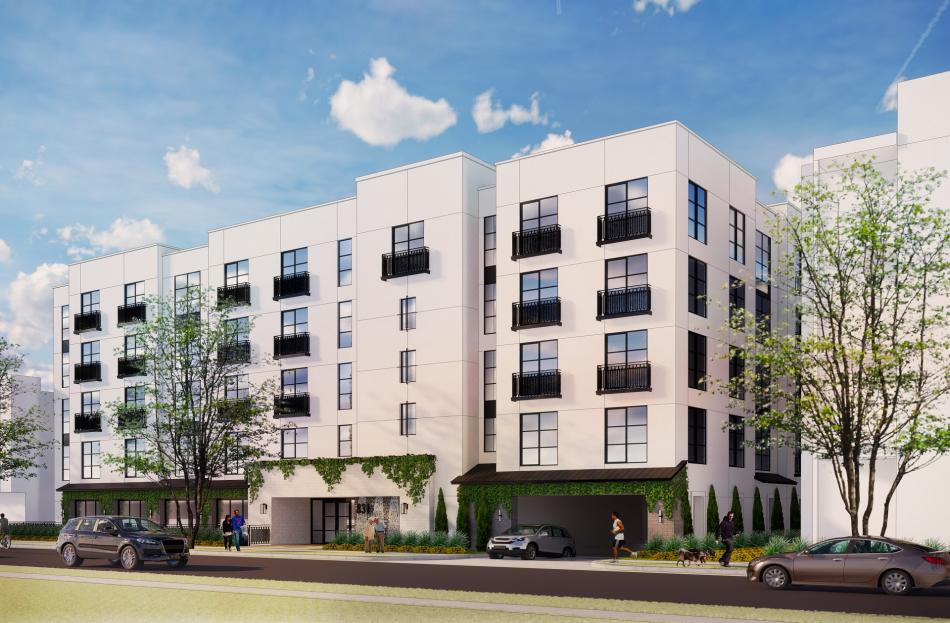 The proposed project, which would consist of a five-story building with 80 dwellings at 825 S. Holt Avenue, was the subject of three appeals that were rejected by the Central Area Planning Commission in April.  However, that decision was upended earlier this month, when 5th District Councilmember Paul Koretz introduced a motion asserting jurisdiction over the project via section 245 of the Los Angeles Municipal Code.  Koretz's motion, which echoes concerns about the scale of the proposed building, resulted in a veto of the appeal decision, remanding the project back to the Commission for further consideration.

"Legitimate questions relative to the approval of the project have been expressed at the public hearing, and specifically, concerns relative to the project's height, massing, reduced setbacks, and shade/shadow impacts, which opponents have noted are not in keeping with the envelope of this community, because as it is currently configured, it is larger in height and massing than all other structures in the immediate area," reads the motion.