Long after groundbreaking ceremonies were nixed as a result of COVID-19 and yet another scandal involving a local elected official,  an expansion of the Natural History Museum in Exposition Park is getting a boost following a vote by the Los Angeles City Council. 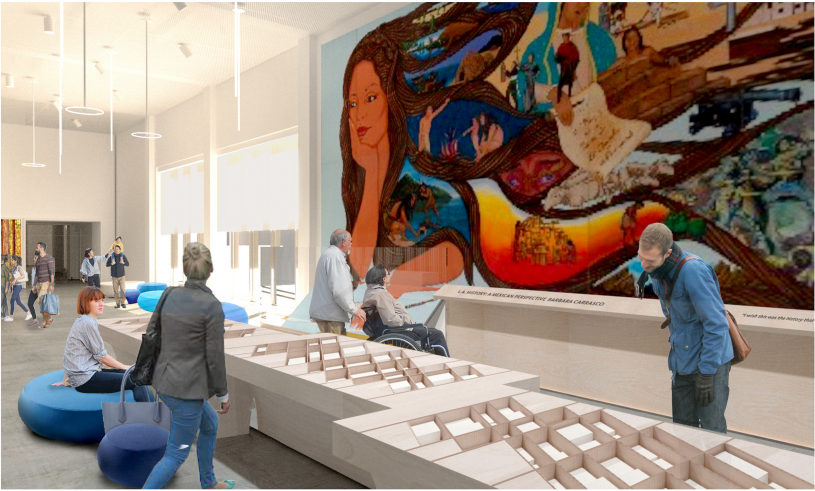 "In the Judith Perlstein Welcome Center, no ticket is required for discovery to begin. It is designed to help guests discover ways to explore the Museum’s collections, ongoing research, events, and amenities."Natural History Museums of Los Angeles County

Yesterday, the Los Angeles City Council voted to adopt a motion introduced by 9th District Councilmember Curren Price which will allow the the museum to borrow up to $22.5 million to finance the design and construction of the NHM Commons project. No city funds are proposed for the project, which is owned by Los Angeles County.

NHM Commons, first announced in 2017, calls for remodeling the western side of the museum, just south of the intersection of Bill Robertson Lane and Exposition Boulevard. Plans call for adding roughly 22,000 square feet of new construction, replacing the Jean Delacour Auditorium, while renovating approximately 53,000 square feet of the original 1920s building.

“For more than a decade we have been transforming the Museum’s spaces and grounds, but we have just begun to reimagine who we are when it comes to community,” said Dr. Lori Bettison-Varga, President and Director of the Natural History Museums of Los Angeles County in a statement posted the project's website. “I am so excited about the opportunity to work with partners who are uniquely positioned to bring new learning to us and through us—creative new programming that embraces Los Angeles and galvanizes our community.”

Described as a new "front porch" to the museum, the project will include a new welcome center with natural lighting, retail space, a multipurpose theater, a café, and a community plaza. 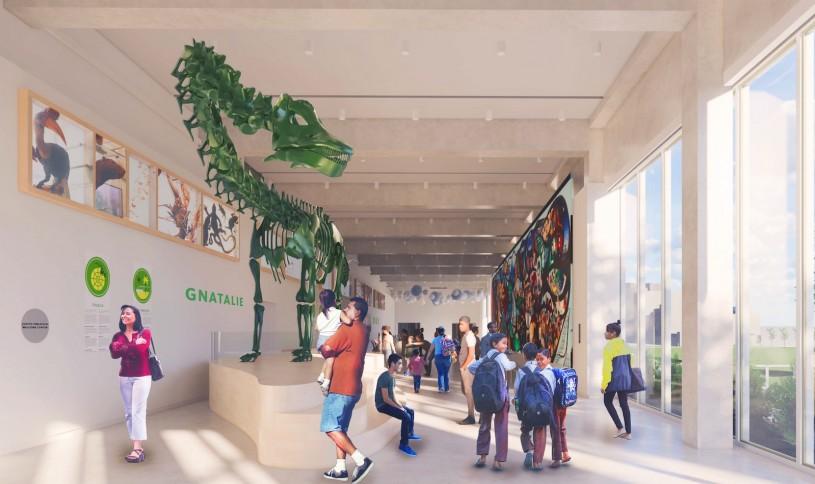 Frederick Fisher and Partners is designing the NHM Commons project, which is expected to open in Fall 2023, according to its website.

The Natural History Museum's renovation comes just two years after officials adopted a new master plan for Exposition Park, which will guide the development of the 160-acre space over the next 25 years.  Other projects within the park include the $350-million Banc of California Stadium and the $315-million renovation of the Los Angeles Memorial Coliseum, as well as the $1-billion Lucas Museum of Narrative Art now rising across the street from NHM Commons.