The Century Villages at Cabrillo, a sprawling 27-acre public housing complex just north of Downtown Long Beach, is getting a new addition. 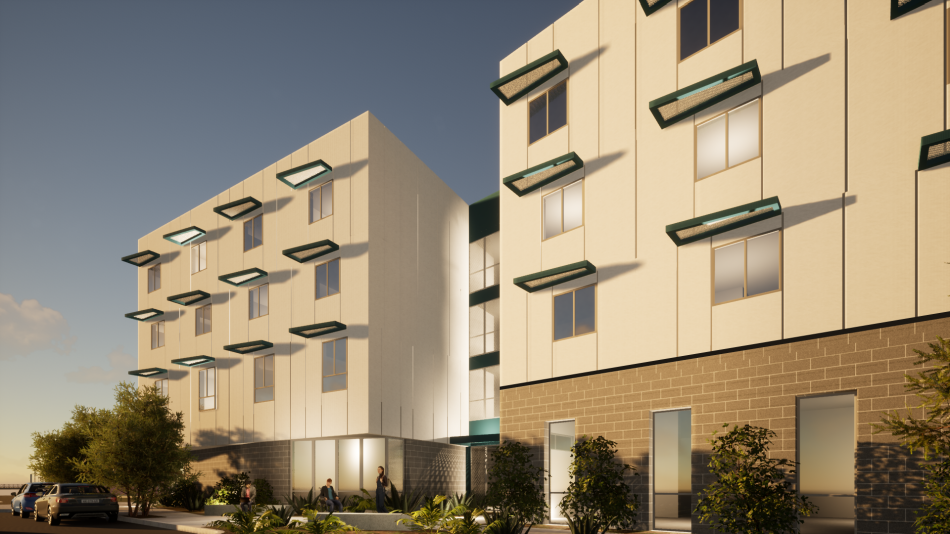 Yesterday, developer Century Housing announced the groundbreaking of The Cove, a new project at 2221 W. Williams Street which will include 90 units of affordable and permanent supportive housing for veterans. Plans call for 60 supportive units for formerly homeless veterans, as well as 29 general affordable units and one manager's apartment.

Per an October 2021 report to the California Tax Credit Allocation Committee, The Cove will serve households earning between 30 and 60 percent of the area median income level, with rents ranging from $621 to $1,242 per month.

"This development reflects the City's commitment to building quality, affordable housing in Long Beach," said Long Beach Mayor Robert Garcia in a statement. "We are incredibly grateful to Century Housing and all of our partners for their investment in safe, secure housing and critical services for our Veterans." 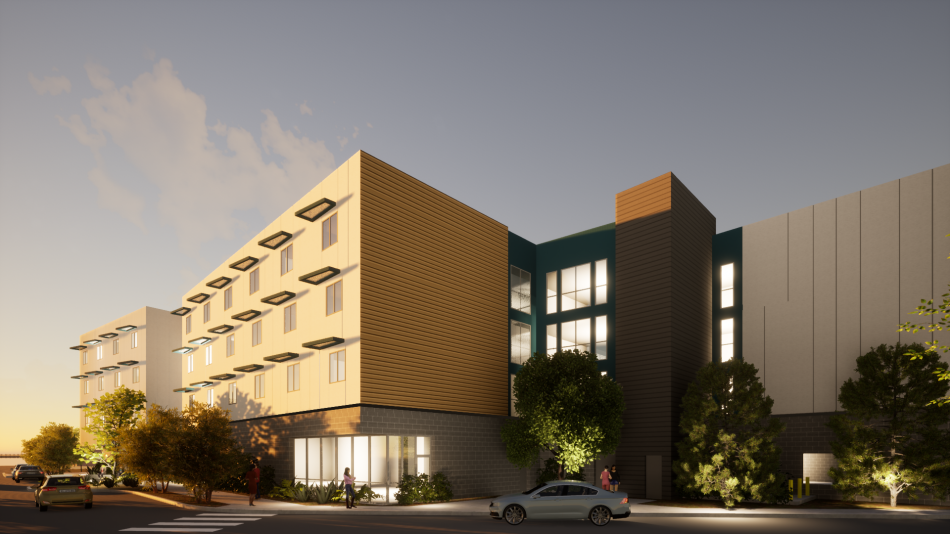 Included in the project team for The Cove is The Architects Collective and general contractor Walton Construction Services. Renderings depict a contemporary four-story edifice which will include a podium courtyard, classrooms, a gym, and offices for case management providers.

"The third of The Architects Collective’s projects at [Century Villages at Cabrillo], The Cove densifies the campus while preserving a sense of home, security and community," reads a narrative from The Architects Collective website. "The project forges a deliberate relationship with existing buildings, open space and circulation, while purposefully integrating with future phases of campus development.  It engages with a neighboring building, realigns the adjacent street and expands the existing pedestrian circulation network. The 'U'-shaped building enlarges and completes an existing courtyard to the north"

Funding sources for The Cove include Los Angeles County's No Place Like Home program, the Home Depot Foundation, Wells Fargo, and the City of Long Beach. The total budget for the project is approximately $47.5 million. 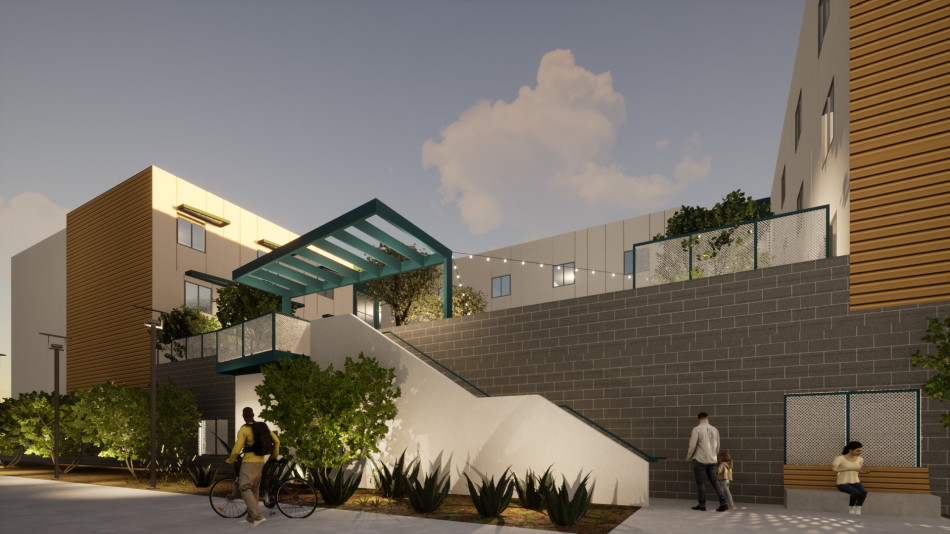 Completion of the project is expected in late 2023.

The Century Villages site was initially developed in the 1950s to provide housing for employees of the Long Beach Naval Shipyard. Following the closure of the shipyard in 1997, the property was transferred to the ownership of the City of Long Beach. Today the property is home to 1,500 residents, roughly 700 of whom are veterans - a figure that is likely to expand under a new master plan for the complex.  If realized, Century Housing could built up to 750 new homes on the property, with the full site eventually totaling 1,380 residential units.