After one month of construction, Culver City will cut the ribbon in its new bus and bike lanes along Culver and Washington Boulevards at a ceremony scheduled for November 20. 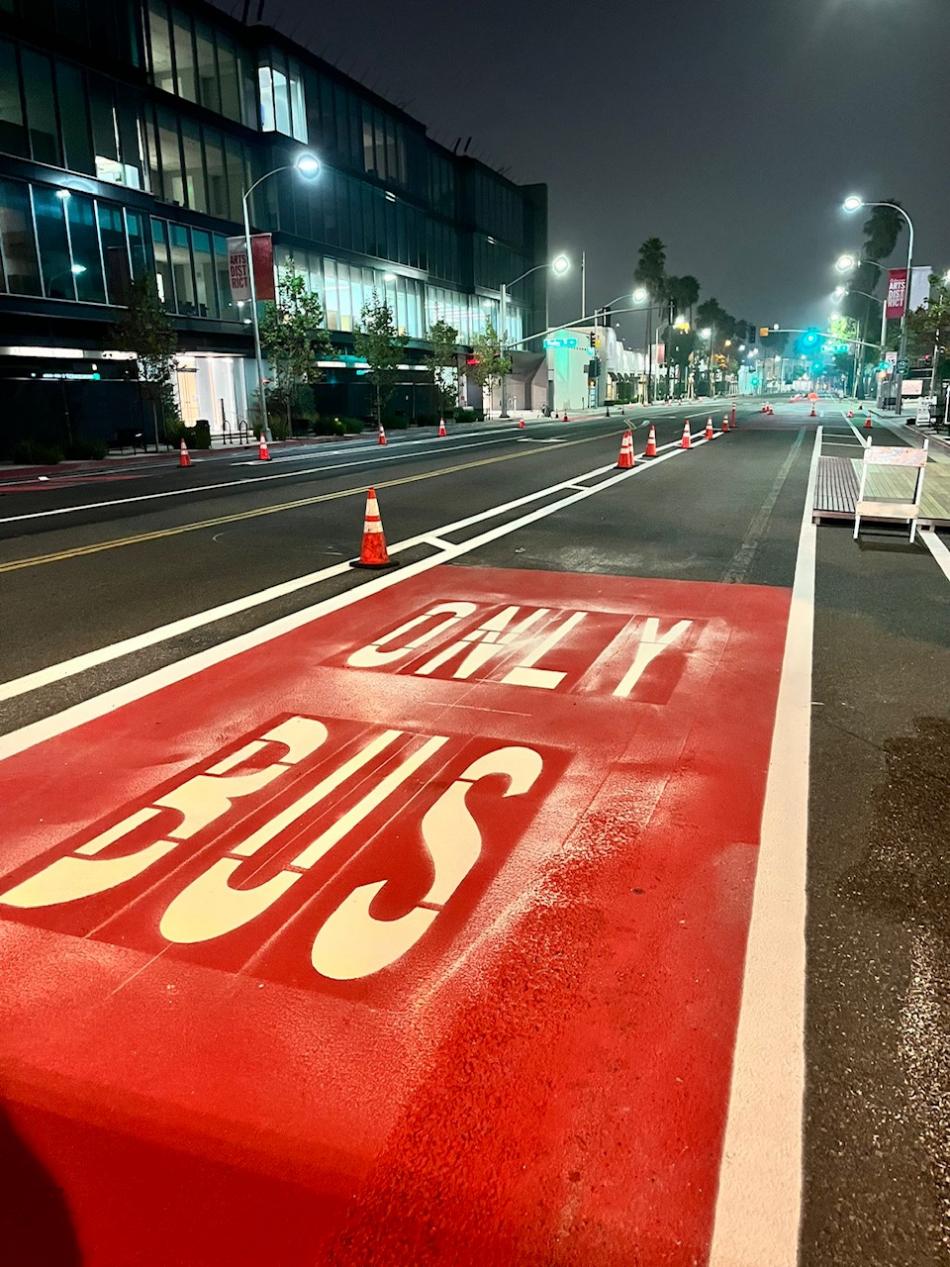 The project, named MOVE Culver City, spans a roughly 1.3-mile corridor between Duquesne Avenue to the west and La Cienega Avenue to the east. Painted bus and bike lanes along the route connect Downtown Culver City with Metro's Culver City Station and the Arts District.

“This is cause for community celebration," said Culver City Mayor Alex Fisch in a statement. "With MOVE Culver City, we're meeting increasing transportation demands proactively by implementing new, safe, fast options for you to get around your community."

The new transit lanes are coupled with a new shuttle service that Culver City is running in partnership with Sunset Vans. Billed as the country's first "low-floor electric mini-bus," the new circulator service runs every 10 minutes at peak hours and every 20 minutes during off-peak hours, taking passengers from between Downtown, the E Line stop, and Culver City Station. 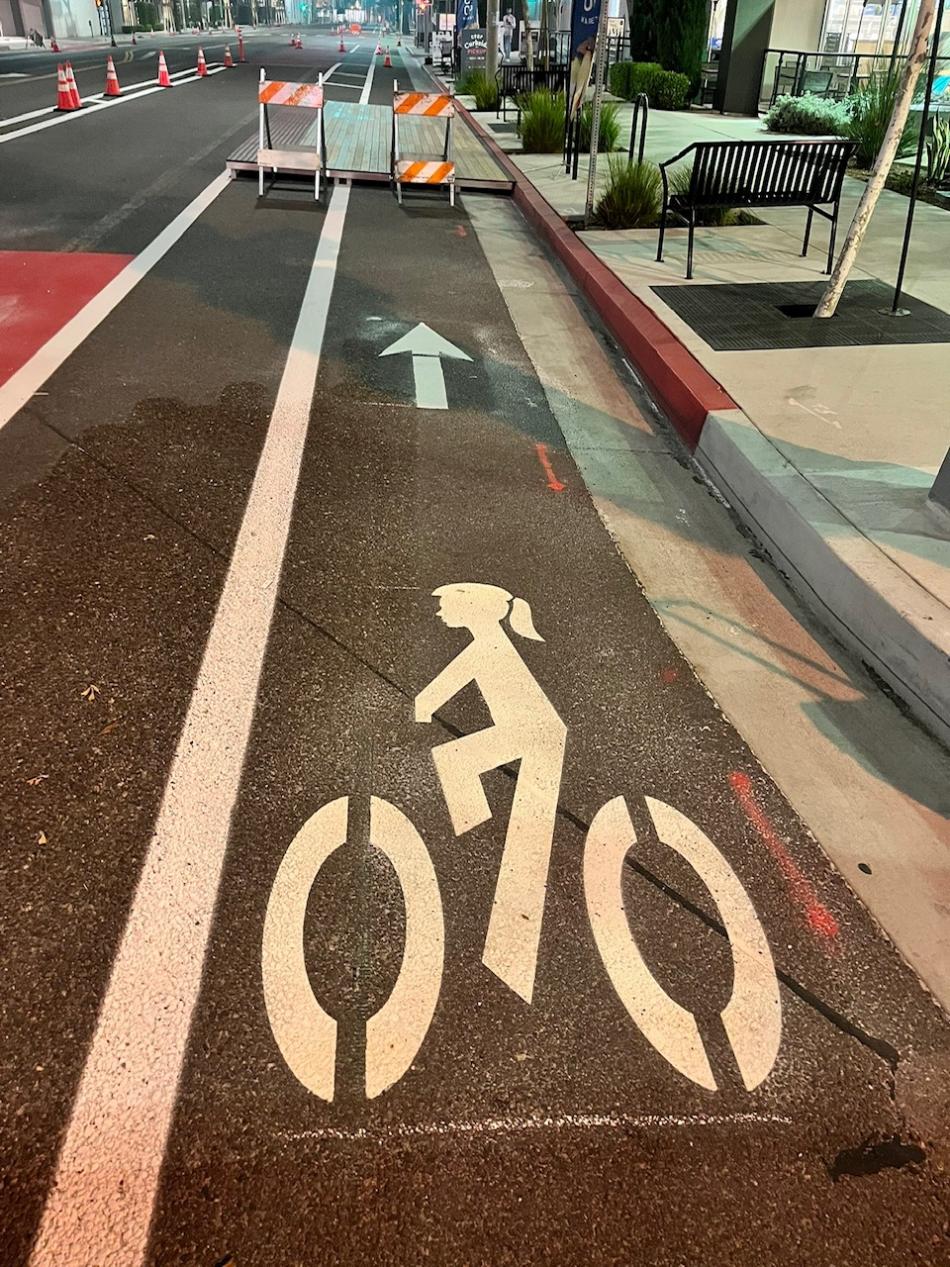 The shuttle service is a sign of things to come for Culver City, according to a statement released by Chief Transportation Officer Rolando Cruz, who indicated that by 2028, Culver City will have a fully zero-emission bus fleet.

Culver City has also partnered with the private companies Bird and Wheels to launch an expanded e-scooter and e-bike share program in the city starting in early 2022, intended to bridge the "first-mile, last-mile" gap between transportation services and end destinations.

MOVE Culver City, which was born from a  2017 TOD Visioning Study, that proposed a "complete streets" makeover of Washington Boulevard, could eventually bring similar makeovers to stretches of Sepulveda and Jefferson Boulevards. 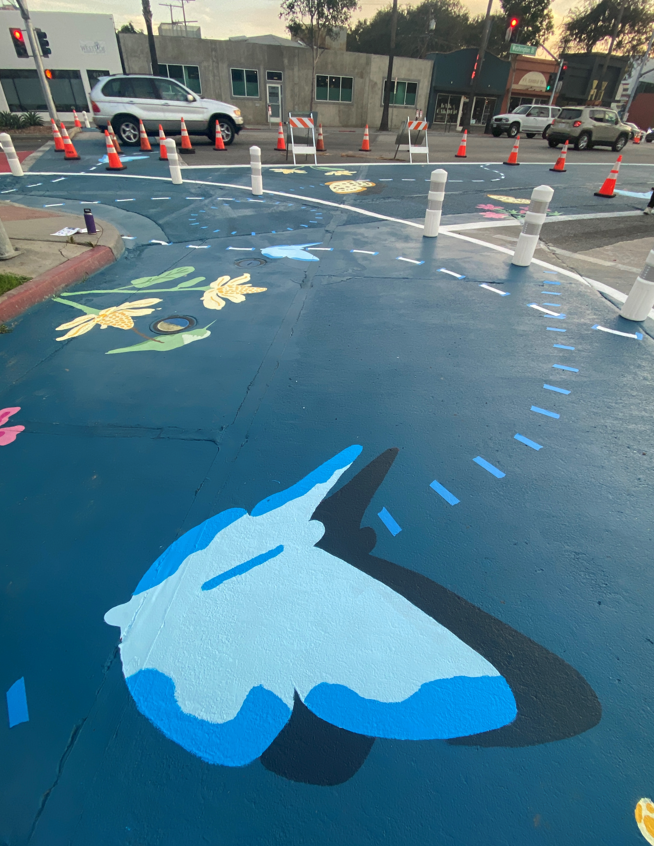