A fresh environmental study offers up more information on plans from the City of Norwalk and Primestor Development to redevelop a portion of the Norwalk Civic Center with housing and commercial uses. 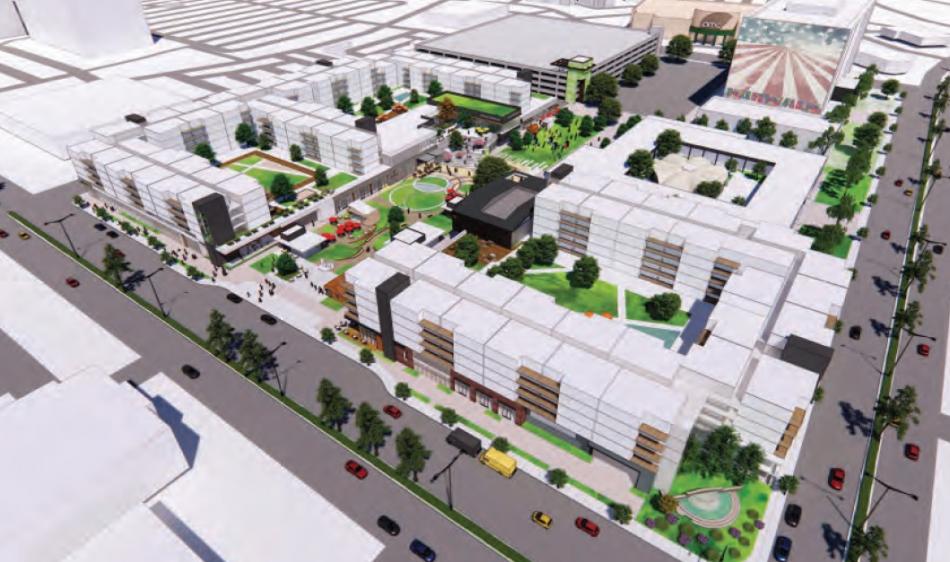 The Civic Center, which fronts the intersection of Norwalk Boulevard and Imperial Highway spans approximately 13.2 acres, and includes the Norwalk City Hall building, as well as a surface parking lot and lawn which are targeted for redevelopment. Per the environmental study, the city is currently pursuing an expansion of Holifield Park - located approximately two miles south - which would add 15 acres, and serve as a replacement site for city events if the Civic Center lawn is redeveloped.

Primestor, under plans revealed in February, would seek to build up to 350 residential units and 110,000 square feet of commercial uses within the Civic Center, including shops, markets, and health and wellness businesses. Plans also call for expanding an existing parking garage on the south side of the complex with up to two additional levels.

Jerde has been tapped to lead the conceptual design for the project, which would include two mixed-use buildings, centered on central spine of open space cutting through the Civic Center campus. That corridor, which would be activated with commercial space, could also be integrated with monuments on the Civic Center property. Conceptual images included with the environmental report depict the new construction as a pair of podium-type buildings standing up to seven stories in height. 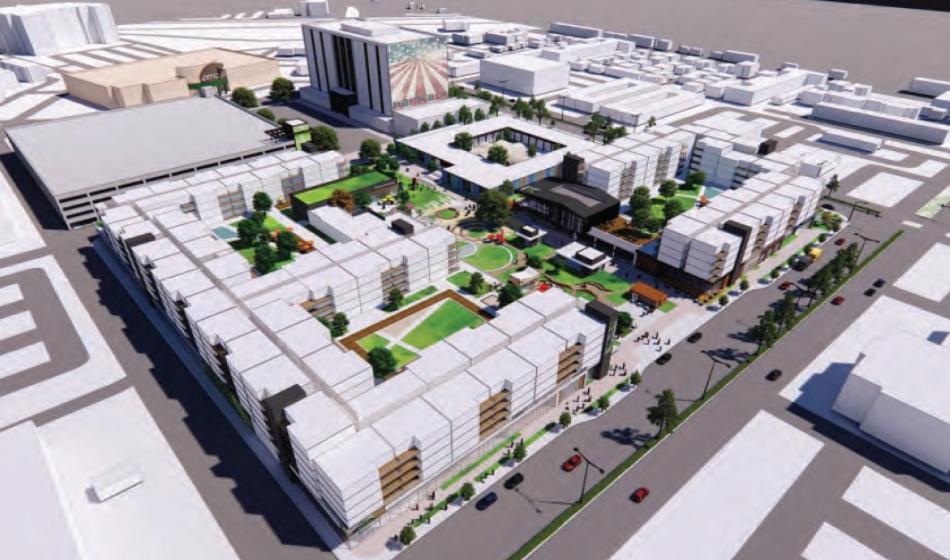 Primestor is planning a mix of studio, one-, two-, and three-bedroom dwellings, roughly 15 percent of which would be reserved as affordable housing. Project elements would also include resident amenities and a minimum of 100,000 square feet of publicly accessible open space, including new walkways and plazas.

The new construction would be served by roughly 651 parking spaces in the new mixed-use buildings, as well as 1,050 stalls located in the existing garage.

Construction of the Civic Center project is expected to occur over a roughly 23-month period, according to the environmental impact report. 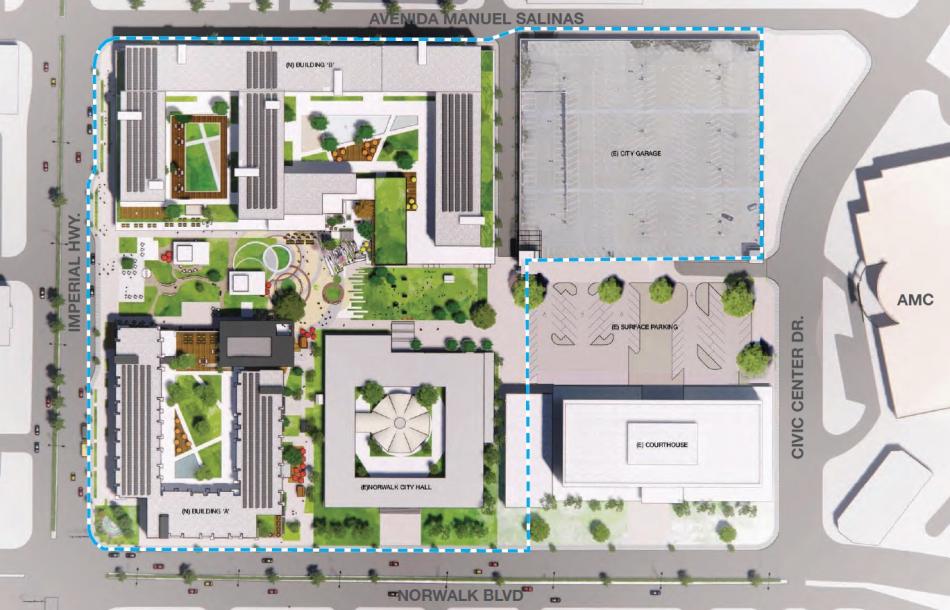