L.A.'s 11th Council District will have a new representative in December, but two-term incumbent Mike Bonin is making last minute moves to bring new green spaces and active transportation infrastructure to the Westside.

Last week, Bonin introduced a motion calling for improvements to the median of Slauson Avenue to the south of Culver Boulevard in Del Rey. 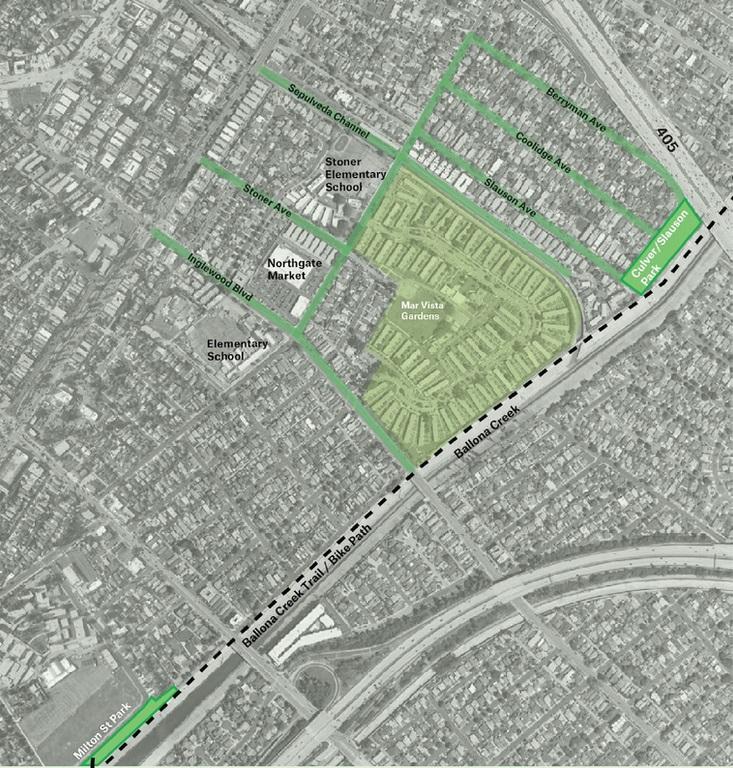 "The median of Slauson Avenue is particularly ripe for improvement and beautification, and could be transformed into a tremendous asset for the community, on a major street with hundreds of apartments, Culver-Slauson Park, and the Mar Vista Family Center," writes Bonin. "There is also a need for improvements along the stretch of Ballona Creek that borders the neighborhood."

Bonin points to ongoing efforts from the Del Rey Neighborhood Council and Kounkuey Design Initiative to develop "greening" projects in the neighborhood, and hopes to provide $100,000 in seed funding for both initiatives using street furniture revenue.

In a separate motion, Bonin seeks to use more than $5 million in funding generated through developer fees to implement a number of projects included in the Westside Fast Forward Initiative. That total includes $2.5 million to widen the Lincoln Boulevard bridge across Ballona Creek to add a new traffic lane, sidewalks, and bike lanes, as well as $1.6 million for the addition of a protected bike lane and walkway along Rose Avenue adjacent to the Penmar golf course. Funding would also go toward traffic signal improvements in Westchester and the construction of new crosswalks commemorating the LGBTQ+ community along Abbot Kinney Boulevard in Venice.

While both items were adopted by the City Council at its November 29 meeting, the proposed use of developer fees came against the objections of Bonin's replacement, Councilmember-elect Traci Park, who submitted a letter requesting that consideration be deferred until she is seated. In particular, she argued against the use of funding on the Lincoln Boulevard bridge replacement, arguing that there has been "zero community engagement" surrounding the proposal.