The Charles R. Drew University of Medicine and Science (CDU), a historically Black founded in the wake of the Watts riots, is about to undergo an expansion in the unincorporated community of Willowbrook.

The school's proposed "New Health Professional Education Building," according to a project website, is intended to serve as the headquarters of CDU's existing College of Medicine Programs, as well as the home of its new four-year medical degree program. Funding for both the new building and the new program was provided via a $50-million allocation approved by the state legislature.

Per an initial study, the site of the proposed building is a roughly 46,000-square-foot area at the southwestern corner of the university campus, which is located at 1731 E. 120th Street. Plans call for removing two existing modular buildings, clearing the way for a new five-story, 92,000-square-foot structure which would include classrooms, a lecture hall, meeting rooms, a cafe, study rooms, offices, conference space, simulation rooms, locker rooms, and other support spaces. 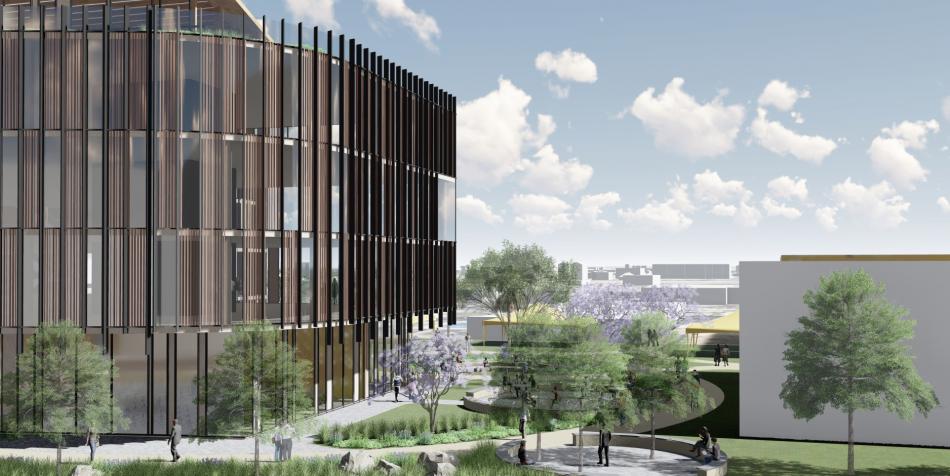 The Health Professions Education Building is depicted in renderings as a contemporary low-rise structure, standing 75 feet tall, with an L-shaped footprint and outdoor terraces at its fifth floor. Plans also show new landscaping and pathways at the ground level, connecting the new construction with the existing CDU campus.

Parking for the new building would be provided just off site, through the expansion of an existing three-story garage to the north of 118th Street, as well as within an existing surface lot.

Construction of the new building is expected to occur over a roughly two-year period, commencing as early as 2023 and opening for students by 2025. 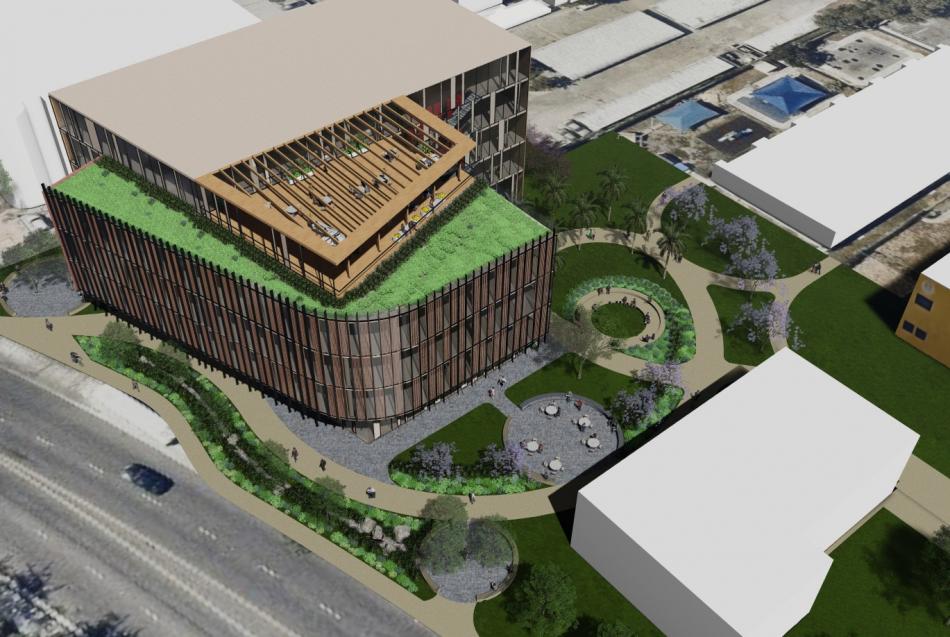 The new building is the result in part of a recommendation from a 2019 report from the California Future Health Workforce Commission, which suggested the creation of a four-year medical education program at CDU. According to the report, graduates of the program would be likely to practice in California - particularly in disadvantaged communities.

The four-year program and new building are not the only areas where CDU could be expanding in Willowbrook. In 2020, the L.A. County Board of Supervisors voted to work with Thomas Safran & Associates, Century Housing Corporation, and CDU on a project which would see the redevelopment of the former Abraham Lincoln Elementary School campus across 118th Street redeveloped with affordable housing, for-sale residences, and student dormitories. Additionally, the proposed project could include 110,000 square feet of commercial space which CDU would subdivide and use.