A final environmental study published by the City of Carson unveils a new look for Imperial Avalon, West Hollywood-based Faring's proposed mixed-use residential complex that would replace the mobile home park of the same name. 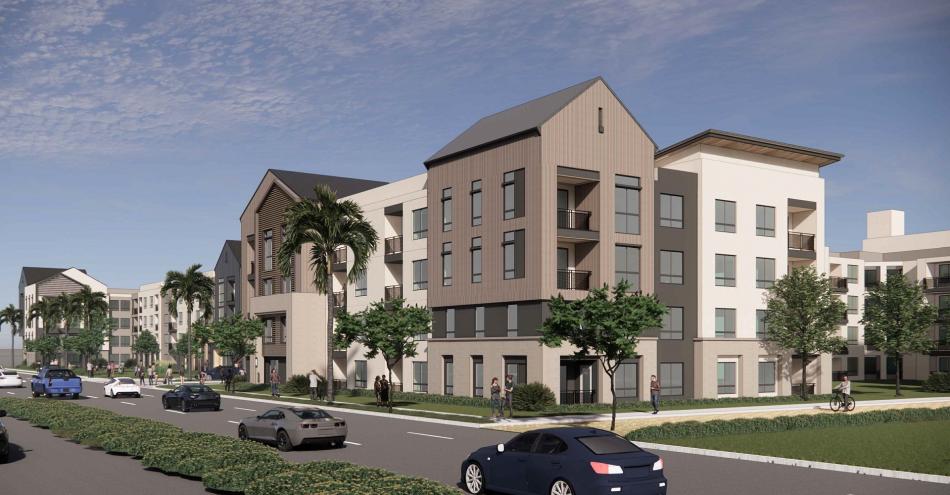 View looking northeast from access road at rear of propertyAO

Slated for a 27-acre site at 21207 Avalon Boulevard, just southwest of the 405 Freeway, the project calls for razing all components of the existing mobile home park, clearing the way for four new multifamily residential buildings and a series of attached and detached townhome-style condominiums. A full buildout of the project would include: 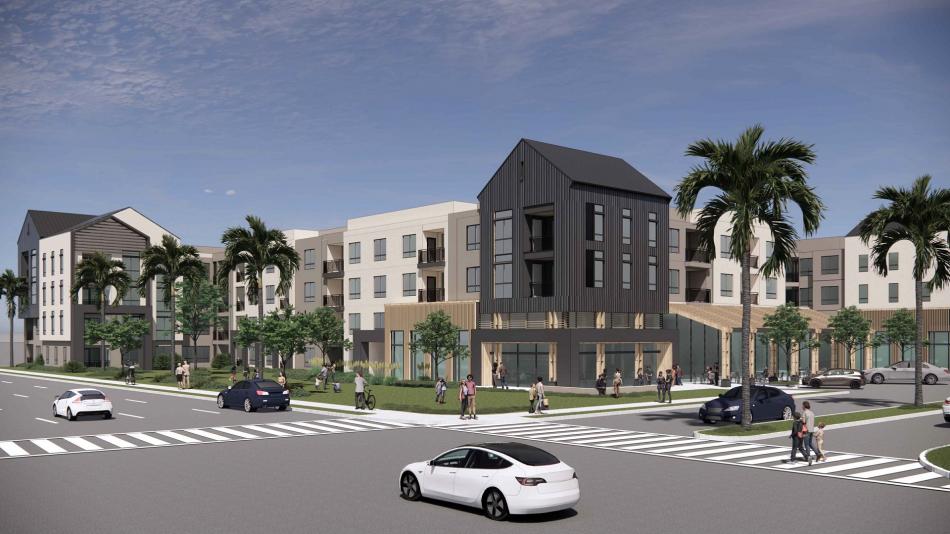 The proposed apartments would come in a mix of studio, one-, and two-bedroom units, while the townhomes would include floor plans up to three bedrooms in size. Additionally, the proposed commercial space would include one restaurant and one cafe, with more than 2,000 parking stalls planned to serve the project site.

AO remains the architecture firm attached to Imperial Avalon, which has undergone a redesign that adds Modern Farmhouse style elements to the new apartment buildings and condominiums. The scale of the new development, which includes apartment buildings up to six stories in height and three-story townhomes, remains largely unchanged.

Also unaltered from the prior iteration of the project are plans for a network of interior streets and pedestrian walkways, connecting to open spaces including a dog park and a central park. Additionally, Imperial Avalon still calls for the construction of a new pedestrian bridge across the adjacent Dominguez Channel, which would provide access to a retail complex that is being developed on a neighboring site. 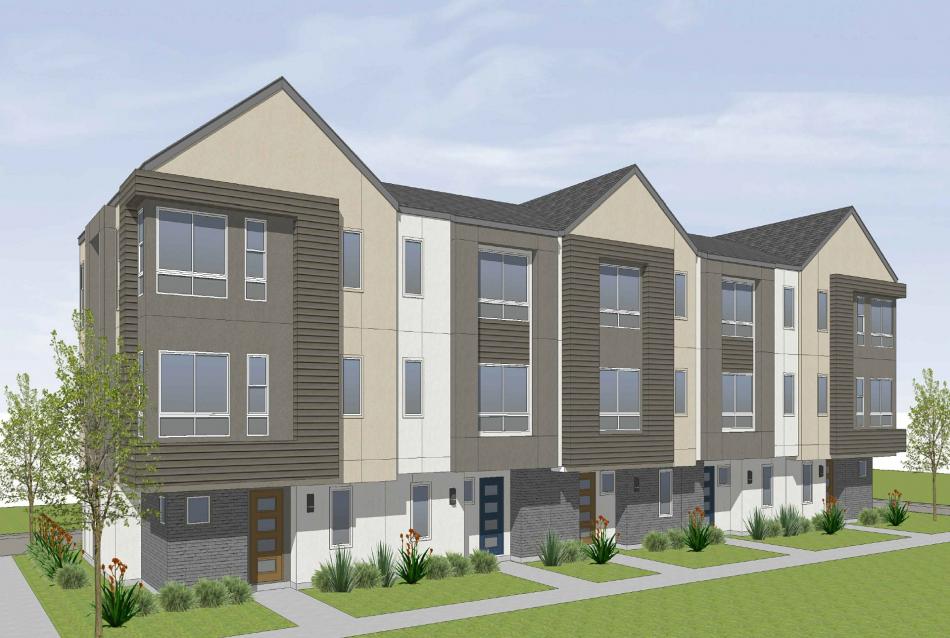 A draft environmental study previously circulated by the City of Carson estimated that construction of Imperial Avalon could occur over a roughly 60-month period, although an exact timeline has not been set.

Faring which has already developed properties in Carson, is not the only firm looking to build a lot of housing in Carson. On 20 acres of nearby land, Texas-based developer JPI plans the construction of up to 1,000 apartments, 15,000 square feet of retail, and a 200-room hotel. 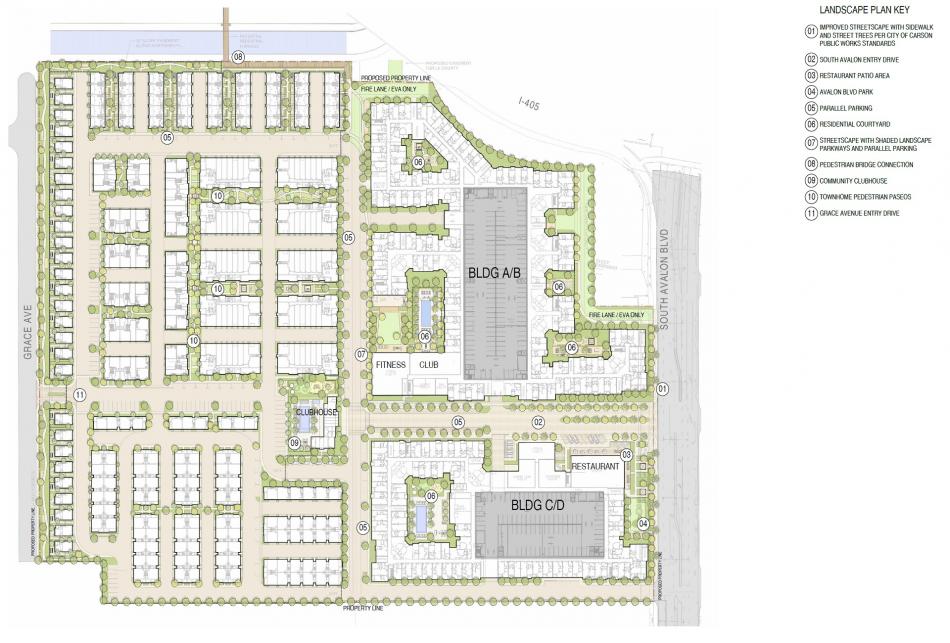