As the City of Los Angeles takes steps to phase out oil extraction, one developer is retooling plans for new housing on a property that used to be home to a drill site. 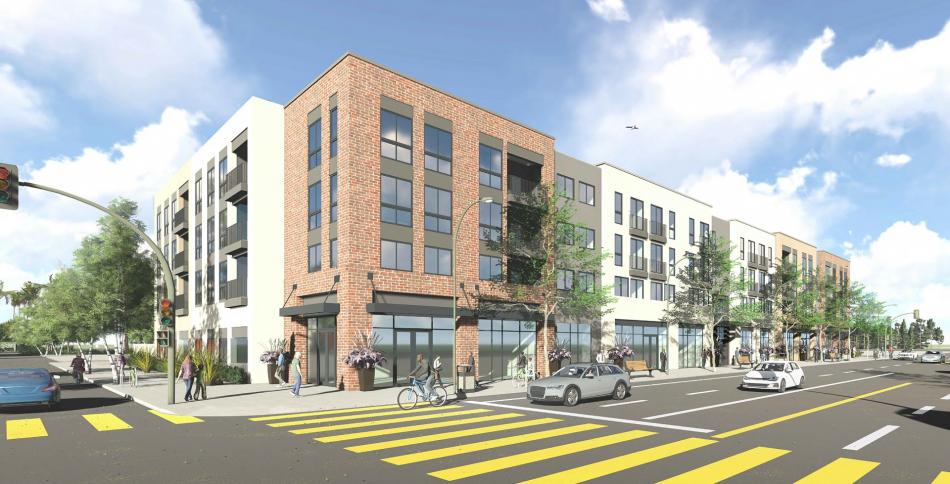 In a presentation to the United Neighborhoods Neighborhood Council, developer Thomas Safran & Associates has unveiled updated plans for The Arlington, a proposed mixed-use apartment complex at 3300-3322 Washington Boulevard in Arlington Heights. The project, as approved in March 2020, calls for the construction of a four-story edifice featuring containing 84 rental apartments above ground-floor retail space and parking.

The developer has not reduced the scale of the intensity of the project, explains the agenda of the neighborhood council planning committee meeting. Instead, the floor area and massing of the building has been reoriented to avoid building above capped oil wells located on the property, with a podium garage swapped out for a surface parking lot.

Also unchanged is a restriction which would require that 31 of the new apartments be priced for low-income households over a period of 55 years. 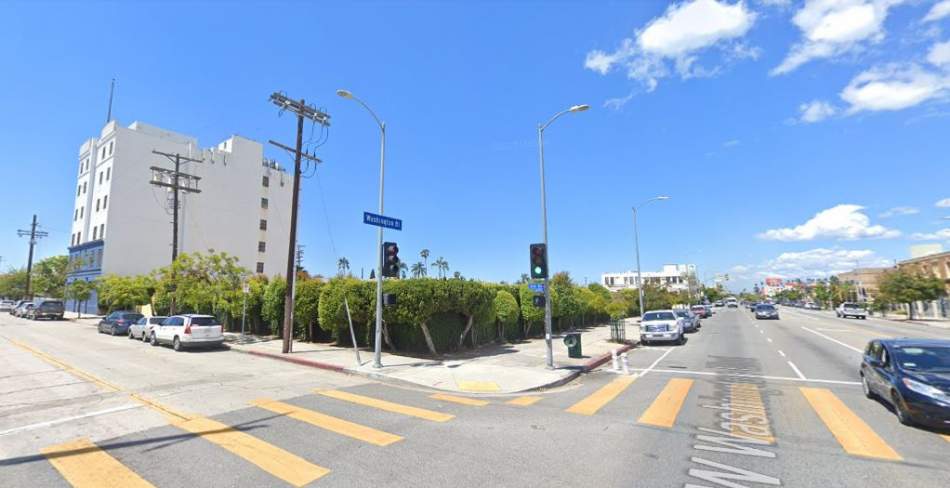 The redesign by Withee Malcolm Architects largely retains the same aesthetic of the design approved two years ago, with commercial spaces and resident amenities activating the streetscape on Washington Boulevard. Floor plans show an L-shaped footprint, with a courtyard at the center of the apartment block.

The approximately 1.13-acre property was used as an oil drilling facility from the 1960s until recently, when its previous owner ceased operations. The site was sold in January 2019 for approximately $6 million.

The project site is located five blocks east of the intersection of Washington Boulevard and Norton Avenue, where a similar mixed-use development is now under construction.

Thomas Safran & Associates is behind plans for a number of mixed-income and affordable housing projects in the Los Angeles area, including an apartment complex now taking shape in Inglewood.