The launch of a new website reveals an updated, and more modest look for 8850 Sunset Boulevard, the proposed mixed-use development which would rise at the site of West Hollywood's iconic Viper Room. 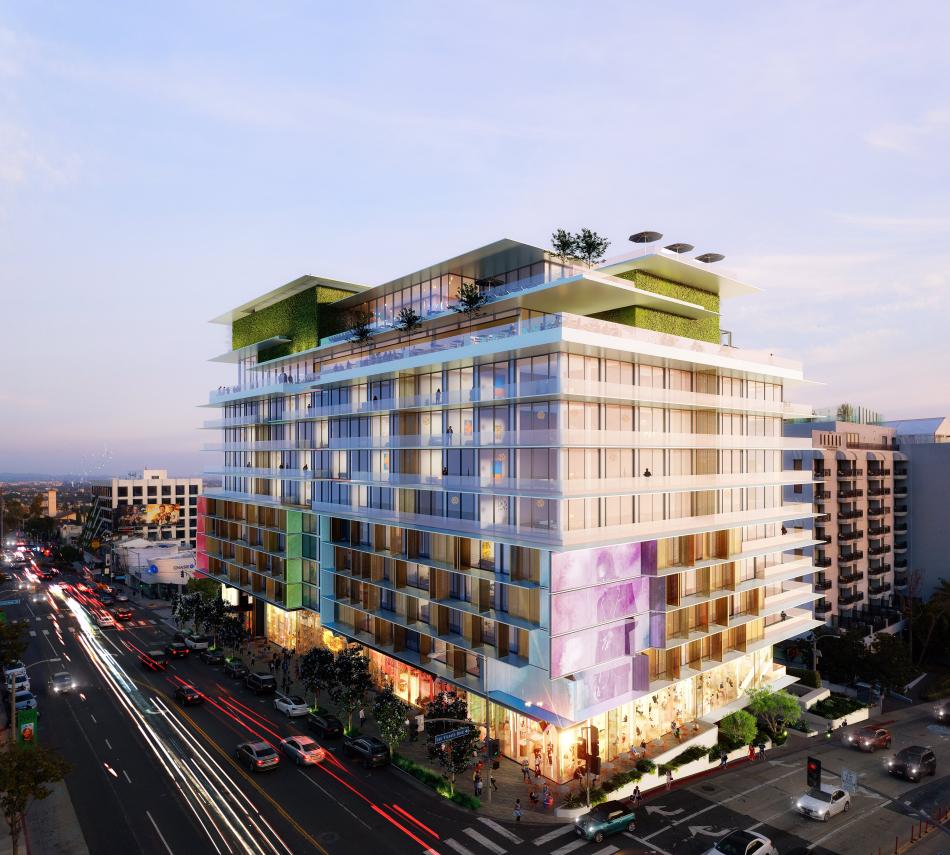 Slated for a block-long site on the south side of the Sunset Strip between Larrabee Street and San Vicente Boulevard, the project would replace the current home of the Viper Room along with billboards, parking, and a handful of other small commercial buildings. In their place, plans call for a new mid-rise structure featuring a 113-room five-star hotel with meeting rooms, amenities, retail, and a new space for the Viper Room, as well as 26 market-rate condominiums and 8 units of affordable housing. An unspecified number of parking stalls would be located in a subterranean garage.

Those figures have been revised slightly down from Silver Creek Development Co.'s original vision for the site, which had called for 115 hotel rooms accompanied by 41 condominiums - including 10 affordable units.

However, the biggest change is to the project's design. Gone is the eye-catching concept from Morphosis, which had called for a pair of 200-foot-tall buildings bridged by a rooftop terrace featuring restaurant space and amenities. In its place is a more modest design from Arquitectonica, depicted as a contemporary 11-story edifice with open-air dining at the roof level, and additional eateries accompanying the relocated Viper Room at street level. 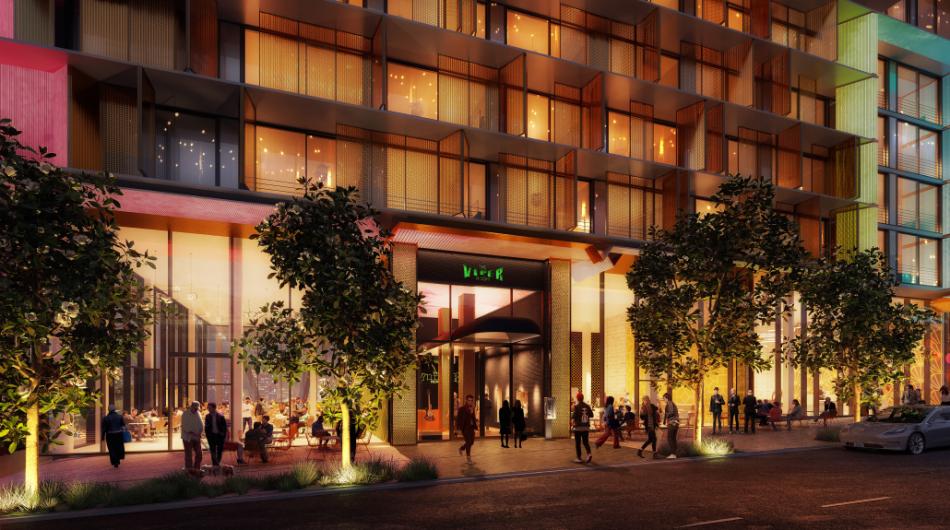 Silver Cree, which acquired the project site for $80 million in 2017, was most recently expected to break ground on 8850 Sunset in 2022 and open the project by 2025, according to a timeline included with an environmental study published by the City of West Hollywood. That schedule is also contingent on the approval of project entitlements by the City of West Hollywood.

8850 follows a series of similar hotel-condominium projects on the Sunset Strip, including the Edition Hotel & Residences and the Pendry Hotel & Residences, and new projects in the works at 8240 and 9034 Sunset Boulevard. The site also sits a short distance east of the proposed site of the West Hollywood Arts Club, a new outpost of the London Arts Club.