In September, plans to add protected bicycle lanes and other safety improvements to a 1.3-mile stretch of Melrose Avenue were scuttled after City Councilmember Paul Koretz announced his opposition to the project, citing concerns over potential impacts to traffic congestion and parking in the surrounding Fairfax neighborhood.

“I don’t believe that this action will get anyone out of their cars, except for immediate neighbors on short trips who could walk or bicycle," said Koretz in a letter obtained by Streetsblog.  "However, it will make it more difficult for potential customers to access Melrose shops by car. The loss of parking could also reduce access by customers, unless the [business improvement district] is able to cut long-term deals with several locations for large numbers of cars."

Three months after that move, which was lambasted by active transportation and safe streets activists, a new project aims to bring safety improvements to the same corridor - but not protected bike lanes.

According to a landing page from the Bureau of Street Services website, the City of Los Angeles' new plans for the 1.3-mile project area include:

The project, which is funded by $3.9 million from Metro and other local sources, is scheduled for completion by Summer 2023.

The project area has been identified by the City of Los Angeles as part of its high injury network, which corresponds to the approximately 6 percent of Los Angeles streets in which 65 percent of traffic injuries and fatalities occur.  Melrose Avenue has seen 35 such collisions in the past ten years.

Despite the opposition of some officials to the now-canceled Uplift Melrose project, the subject corridor is already slated for separated bike lanes in the City's Mobility Plan 2035.  However, the community-driven plan called for tapping into state funds to include curb extensions and raised east-west crosswalks in the project. 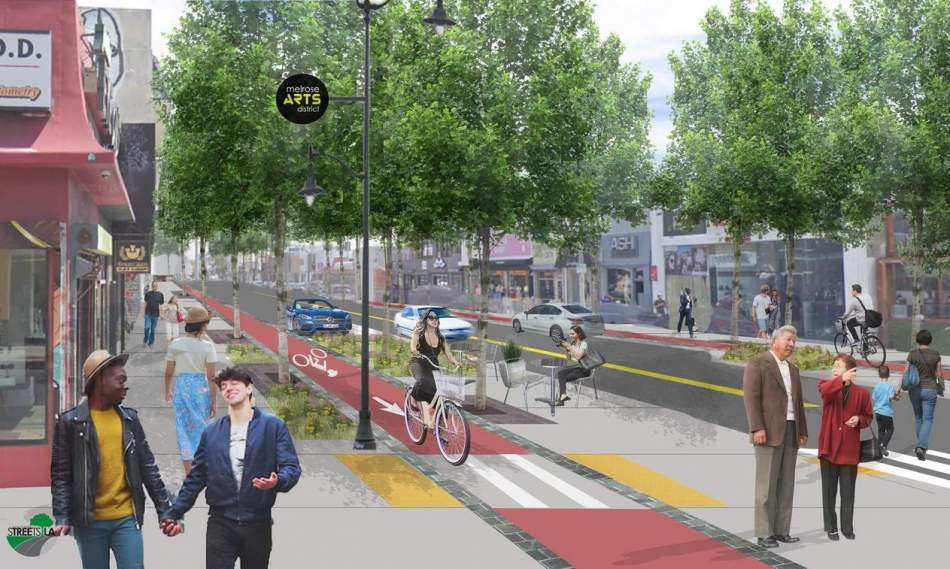 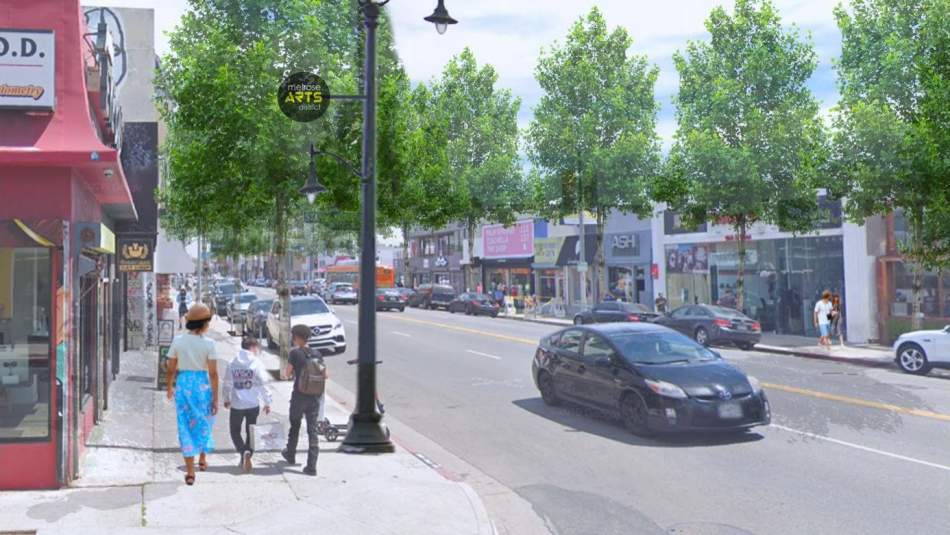