The Jamison Services development now rising at the intersection of 8th Street and Western Avenue in Koreatown has fresh renderings and a new name, architecture firm KTGY announced this week. 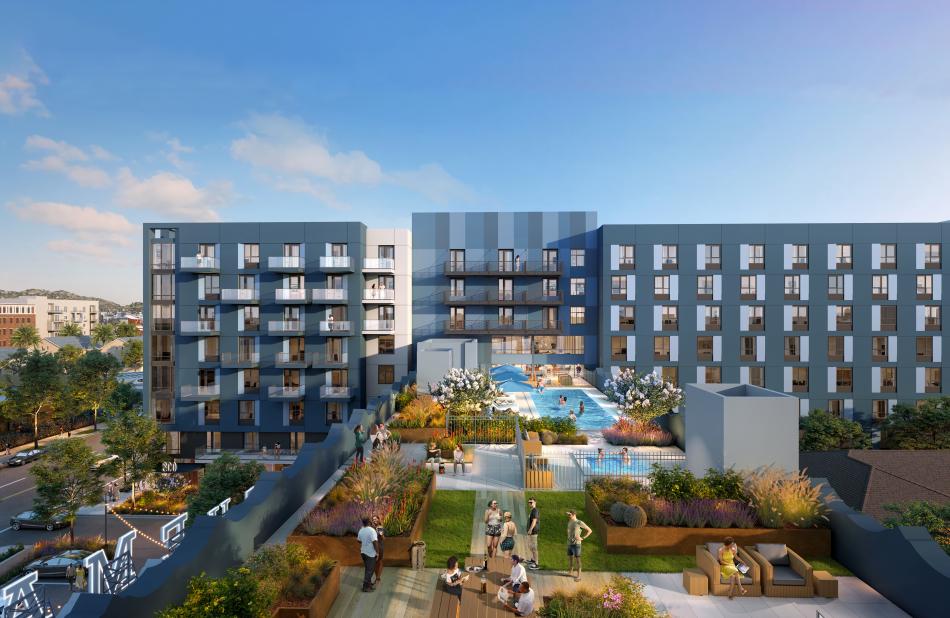 The project, now dubbed "Western Station," is now taking shape on an L-shaped site at the southeast corner of the intersection, wrapping the historic Pellissier Square Garage. The new construction will consist of an eight-story edifice featuring 230 studio, one-, and two-bedroom apartments atop 13,300 square feet of ground-floor retail space, while the former garage will be retained as mix of retail, residential amenities, and a portion of the 176 parking stalls planned within the project.

In exchange for development incentives approved by the City of Los Angeles, the project will set aside 23 of its new apartments as deed-restricted affordable housing for a period of 55 years.

The Pellissier Square was designed by Morgan Walls & Clements, a firm best known for its work on theaters and entertainment venues such as the Wiltern Tower, El Capitan, Leimert and The Mayan. In designing the redevelopment of the site, KTGY has looked to highlight the existing structure. 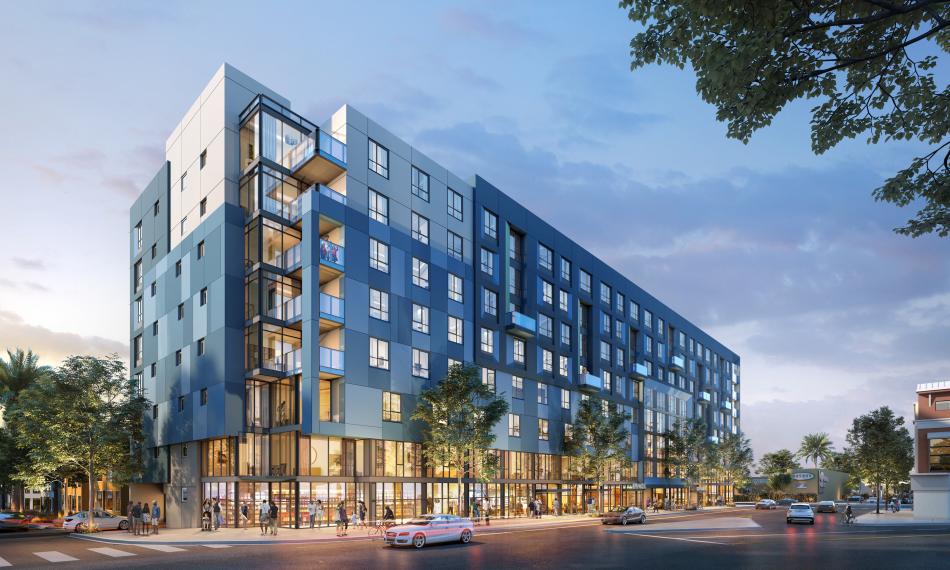 “KTGY is returning the structure to its original patterned façade that marched up, following the form of the garage ramping,” says Keith McCloskey, an associate principal with the firm.  “It will now fold into the new building to create a bold T-formation.”

The new construction also has references to its vintage neighbor, which opened in the 1930s.

“The new building is clad in a smooth, tight, blue-gray that’s compatible with the cooler tones of the nearby, historically connected Wiltern Tower,” said McCloskey. “But it takes on its own new identity by subtly introducing the Wiltern’s patinated green, known locally as Pellissier Green. Although the new building is contemporary in style, the vertical balcony slots with angled planes help to capture surrounding Art Deco history.”

Completion of Western Station is expected in October 2023, according to a landing page on the Jamison website. 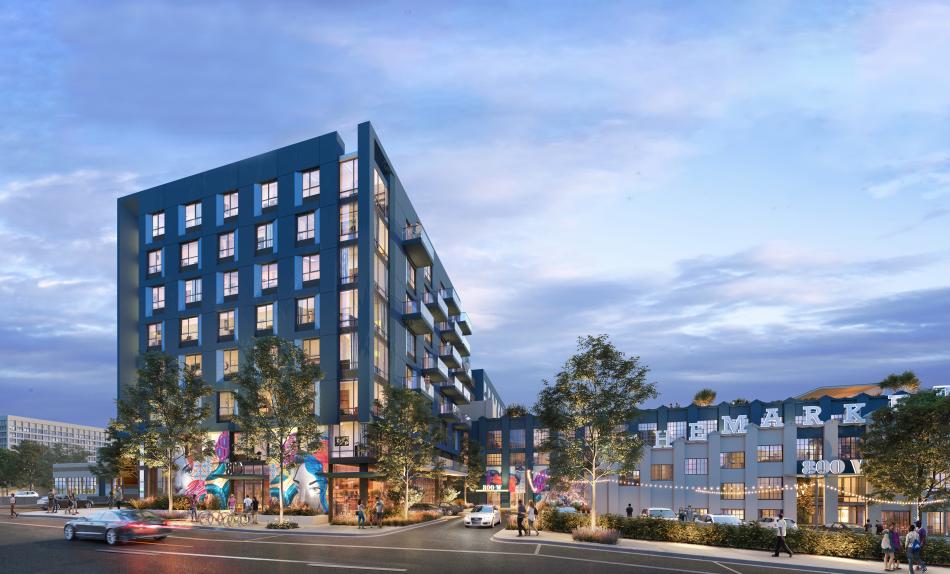 The under-construction apartment complex is the second project which Jamison has entitled for the property at 8th and Western. The developer had previously sought to construct a 12-story structure containing a 148-room hotel, 96 apartments, and 58,000 square feet of commercial space on the property, but stepped away from that plan shortly after securing approvals in 2018. Shortly afterward, Jamison submitted plans for the current project using Transit Oriented Communities incentives.