Five months after breaking ground, a new park (and parking lot) is beginning to take form in Pasadena's Playhouse District. 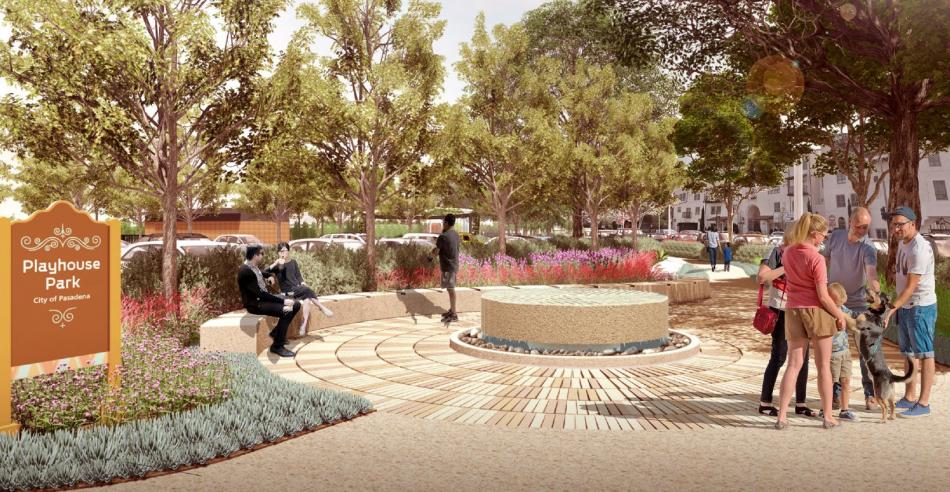 Located on the north side of Union Street between Oak Knoll and El Molino Avenues, the as-yet unnamed park will include .67 acres of new green space accompanied by a new 48-stall parking lot. According to a sign posted to the construction site, project elements include: 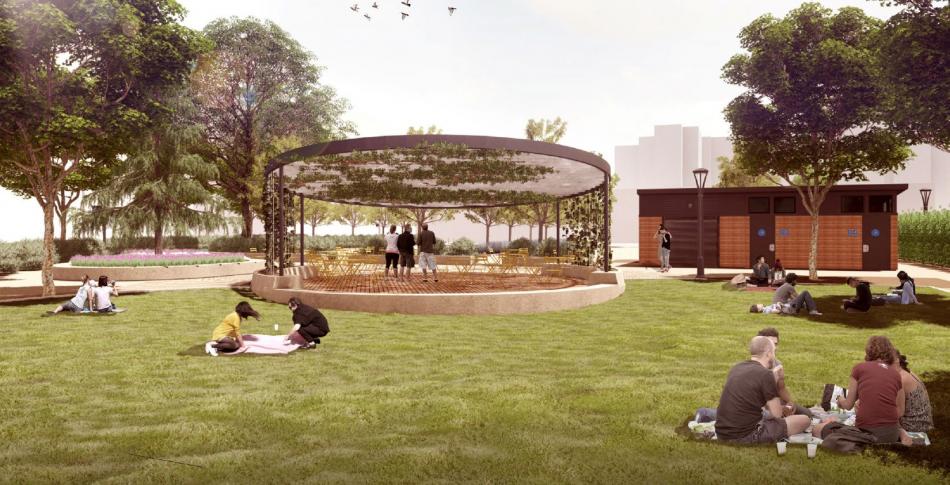 Renderings also show large, landscaped areas and potential activation of the parking area for events such as a farmer's market.

According to a presentation given at an August 2020 community meeting, the City of Pasadena spent roughly $5.6 million to acquire the site, which was previously improved with surface parking and a bank building. The City Council allocated $4.6 million for construction of the park in June 2020.

According to a banner posted to the site, completion of the park is expected in Summer 2022. 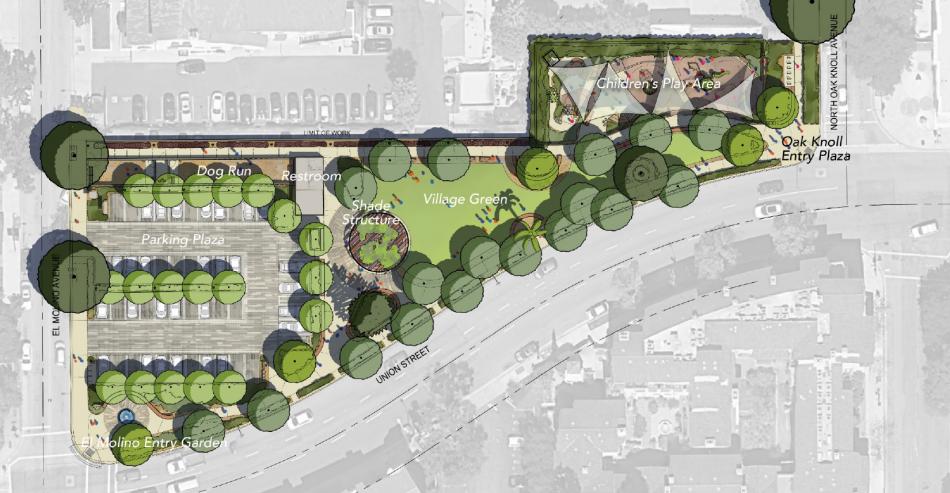 The site sits in a section of the Playhouse District that has recently seen a string of new construction, including a mixed-use apartment building now rising across Oak Knoll Avenue and the Olivewood Village complex next to the Fuller Theological Seminary.

While the elements and schedule for the project are relatively fleshed out, the name of the park remains up in the air. A survey conducted by the city reportedly yielded support for naming the space after the late guitarist Eddie Van Halen, author Octavia Butler, or the Playhouse Village neighborhood.