"My team and I partnered with local business sponsors and LADOT to transform this area for visitors to enjoy nearby dining and community programming," reads Bonin's statement.

The plaza, which closes a segment of Westminster Avenue to automobile traffic between Ocean Front Walk and Speedway, grew out of a community driven effort launched a decade ago. 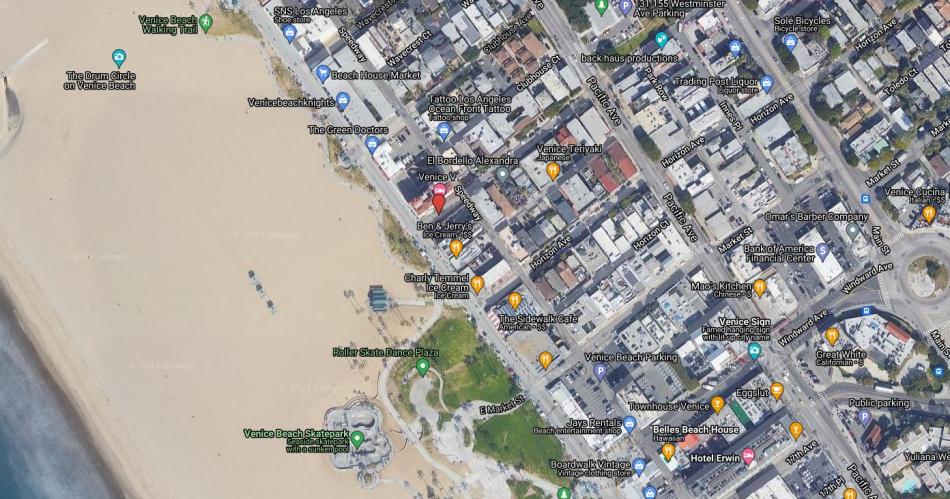 "In 2011, community members Laura Lee (former owner of Zelda's) and Alex from Venice311 amongst other community members starting re-envisioning Westminster Ave. between Ocean Front Walk and Speedway to be a more cohesive gathering space consisting of tables, chairs and umbrellas," says a Change.org petition launched by Bonin's office in 2017.

A need for better pedestrian safety infrastructure along the Venice Boardwalk was made clear in 2013, after a man drove a vehicle onto Oceanfront Walk, killing an Italian tourist. After a failed attempt to gain funding through LADOT's People Street program a year later, the project eventually returned (and succeeded), by incorporating a loading zone for delivery vehicles, limiting programming to avoid impacts to neighboring residents, and implementing non-permanent furnishing that would be put out in mornings and removed in evenings.