This summer, work kicked off on the initial phase of a long-proposed renovation of the Dana Point Harbor. Now, the consortium that controls the property through a long-term ground lease with Orange County is offering a look at what the future has in store. 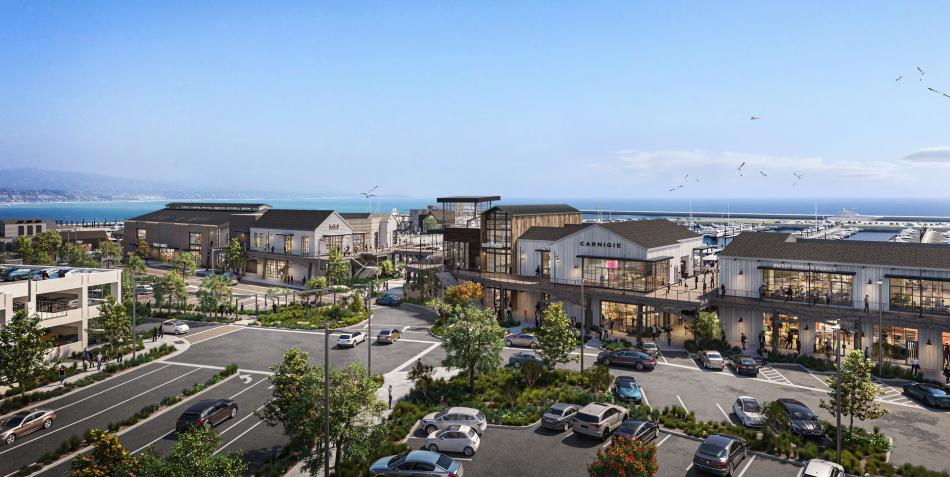 The $400-million project comes from Dana Point Harbor Partners, a group consisting of Burnham-Ward Properties, R.D. Olson Development, and Bellwether Financial Group. In addition to a revamp of the public infrastructure along the waterfront, plans call for the addition of new shops and restaurants, plus two hotels.

“We are thrilled for this long-awaited upgrade to the Harbor’s 1970’s-era facilities,” said Orange County's Fifth District Supervisor Lisa Bartlett,  in a news release. “Dana Point Harbor Partners have the experience and expertise to deliver a best-in-class project, which includes all-new amenities for the boating community, Orange County locals, and visiting public.”

Burnham-Ward is responsible for the addition of new stories, eateries, and public spaces along the waterfront. Plans call for a curated mix of restaurants and chef-driven concepts, joining existing establishments at the harbor. 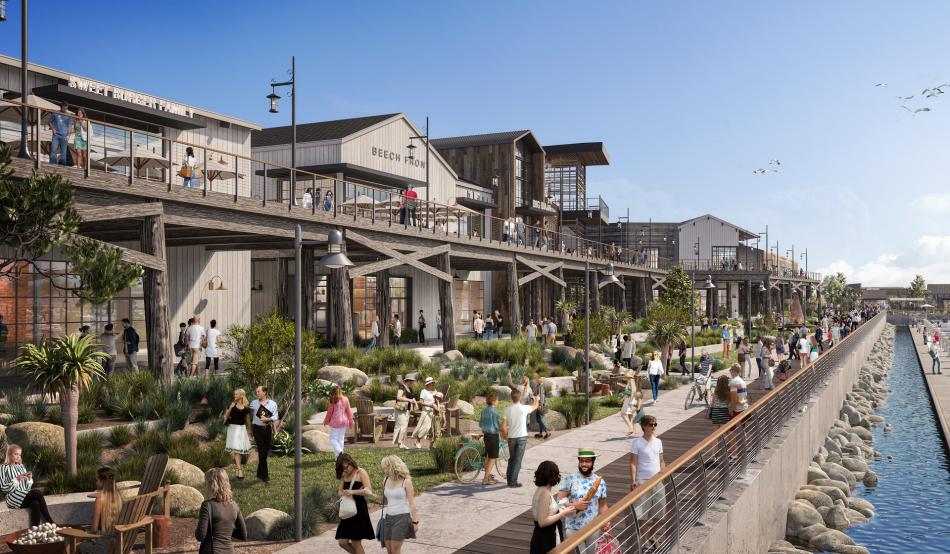 The commercial spaces will be supplemented by new green spaces, walkways, and outdoor seating - including room for events and concerts. Plans call for rooftop bars overlooking the waterfront, as well as a food court dubbed "The Boathouse." The project will also double the size of the existing Boardwalk, improving connections between Doheny State Beach and Baby Beach - a corridor which the developers describe as one of the largest walkable harbors on the West Coast.

“The revitalization will create an incredibly special Harbor experience, featuring the highest quality sustainable design, materials, and four-sided architecture created in a manner that reflects the personality and charm of the community,” said Bryon Ward of Burnham Ward in a statement. “We have been very detailed in all aspects of the design process and the buildings will look as though they have always called the Harbor home.”

R.D. Olson's contribution to the project will be the construction of two new hotels, replacing the Dana Point Marina Inn. Plans call for both an upscale four-star inn, as well as a more affordable three-star establishment catering to casual travelers. Both hotels will include ancillary features such as dining areas, a fitness center, a ballroom, and meeting spaces. 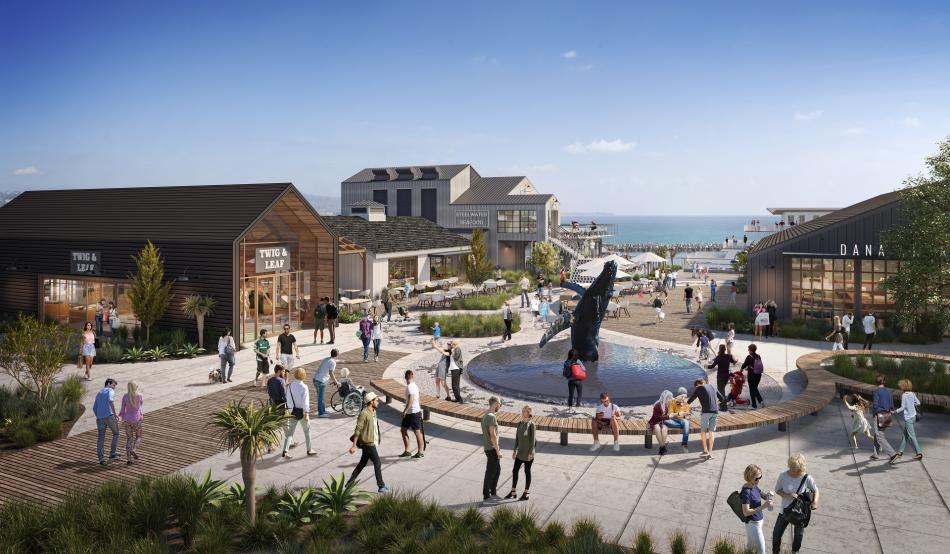 Dana Point's Marina, which is already being reconfigured by Bellwether Financial Group, is set to add new pump-out stations, as well as treated wood and other upgrades intended to increase the longevity of the harbor. Likewise, plans call for the relocation of the guest dock to make space for new events.

While work on the marina is already underway, work will move to the land early next year, when Dana Point Harbor Partners intends to begin work on a new parking structure for the complex.

The existing facilities, which are now more than 50 years old, are being replaced as part of a public-private partnership. According to a project website, no public funds are being spent on the development. 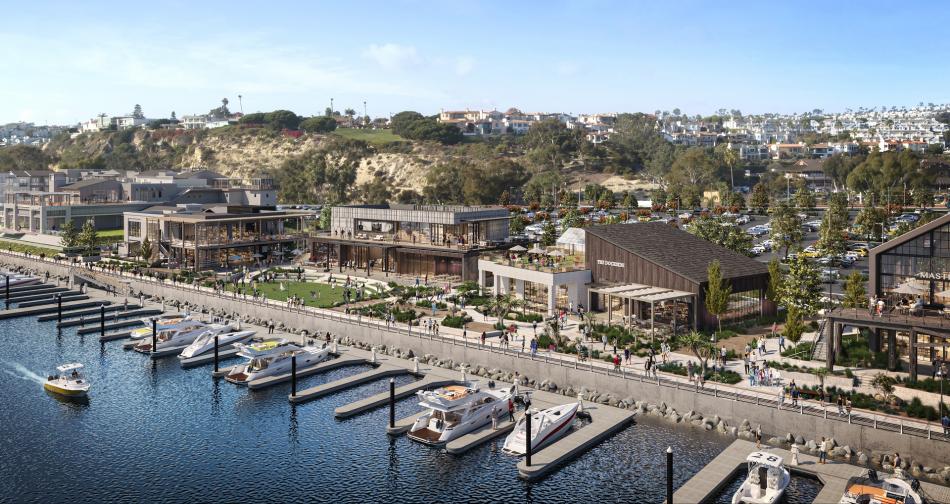