A presentation scheduled for the December 20 meeting of the Santa Monica Architectural Review Board offers a look at developer Related California's latest tweaks to 710 Broadway, a proposed mixed-use project which would redevelop (and replace) a Vons supermarket just north of the E Line. 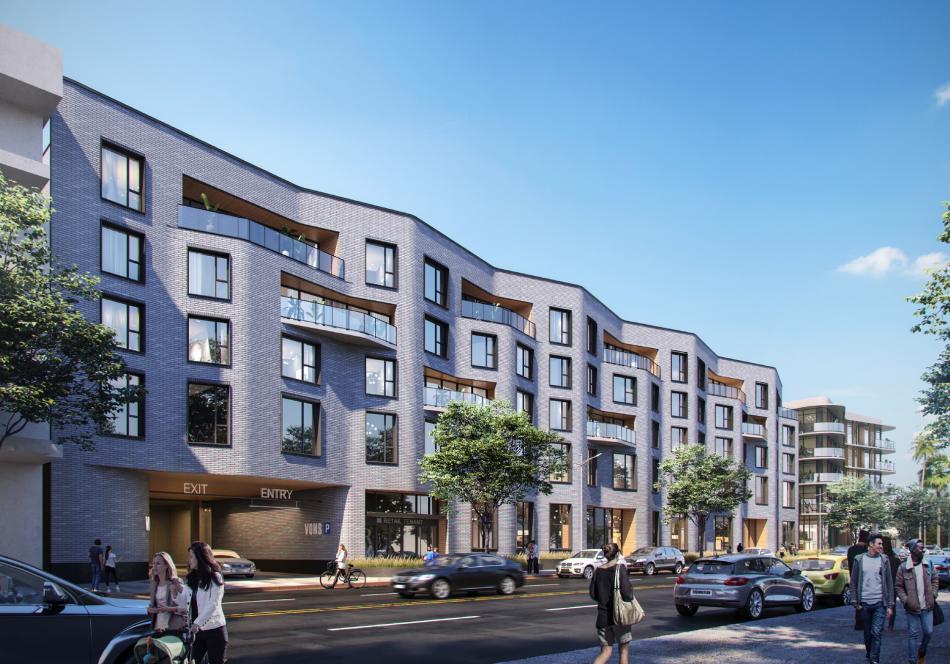 The project, last seen when it went before the Santa Monica Planning Commission in June, would bring a new five-to-eight-story building to a site bounded by Lincoln Boulevard, Broadway, and 7th Streets, featuring 280 apartments above 99,000 square-feet of ground-floor commercial space which would be occupied by a new Vons and a gym. Parking for 354 vehicles is proposed in two basement levels.

Related has proposed a mix of studio, one-, two-, and three-bedroom apartments, including 84 units which would be set aside as affordable housing.  The number, and expected affordability levels of the deed-restricted units, are: 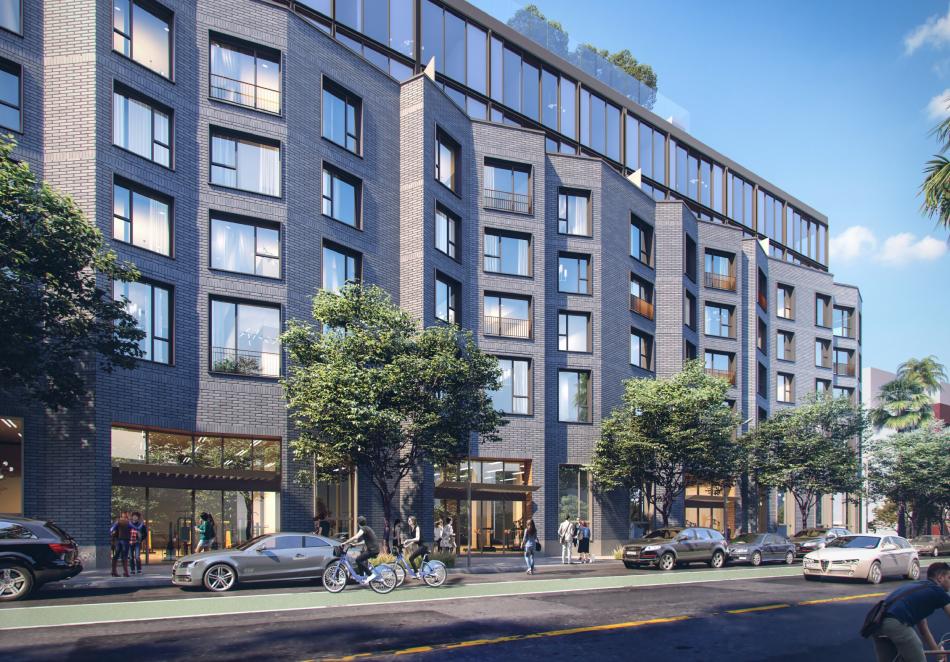 Designed by LARGE Architecture, 710 Broadway is envisioned as three separate design expressions, with a curvilinear form facing Broadway, a folded facade along 7th Street, and waves on Lincoln Boulevard.  Plans call for an exterior of brick facade, glass, and wood accents, as well as open spaces such as a large podium deck and a rooftop amenity level.

A staff report to the Architectural Review Board is largely complimentary of the project, noting that design changes reflect feedback and recommendations given at prior city meetings, and recommends its approval.

Related's project is the largest in the works for a stretch of Lincoln Boulevard that has recently evolved from an auto-oriented corridor to one characterized by multi-story mixed-use buildings.  A similar five-story, 100-unit building is rising on an adjoining site to the south where a Denny's restaurant once stood, while across Colorado Avenue, Century West Partners and Cypress Equity Investments are in construction or have recently completed more than 300 apartments in three developments. 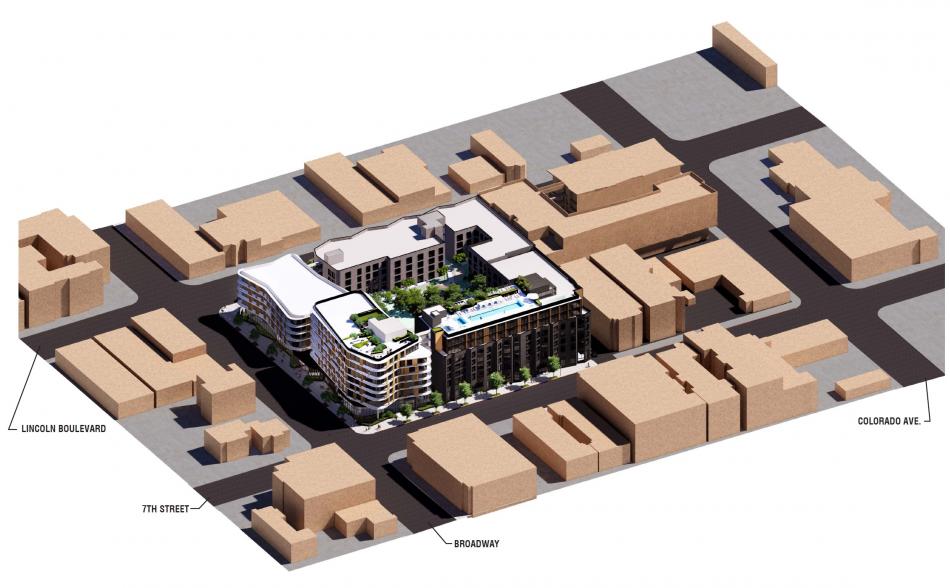