Eight months after we last stopped by, a mixed-use development from the Richman Group is topped out next to Metro's North Hollywood Station.

The Chandler NoHo apartments, located at the northwest corner of Lankershim and Chandler Boulevards, consists of a seven-story building that will feature 127 studio, one-, two-, and three-bedroom apartments, 12,000 square feet of retail space, and a 218-car garage upon completion. 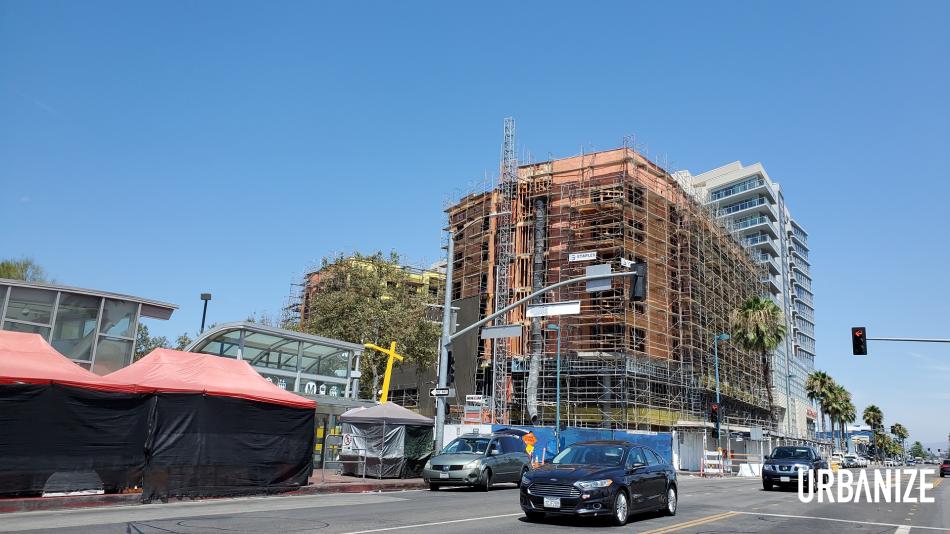 Per conditions of approval imposed by the City of Los Angeles, Richman will be required to set aside 10 of the apartments as deed-restricted affordable housing, in exchange for density bonus incentives permitting a larger building than allowed under zoning rules.

A leasing website for the market-rate units advertises rents ranging from approximately $2,400 to $4,000 per month.

DesignARC is designing the contemporary podium-type apartment complex, which will include a courtyard, a swimming pool, a resident lounge, and a fitness center.

At the time the project started construction in October 2019, completion of the Chandler NoHo was expected in late 2021. 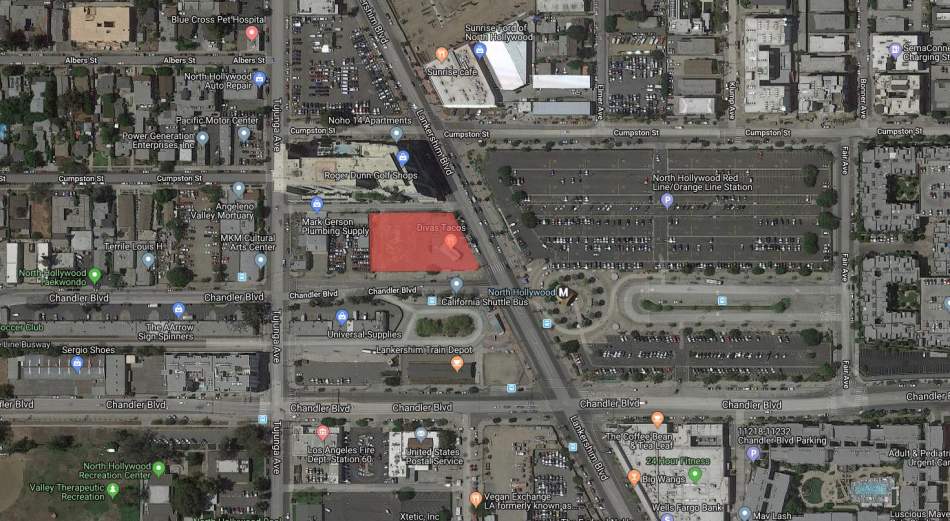 Connecticut-based Richman Group, which bills itself as the county's 7th largest owner of rental apartments, is also developing a similar mixed-use building next to the L Line's Monrovia Station, and is partnering on the planned redevelopment of the Rancho San Pedro public housing complex near the Los Angeles Waterfront.

The company's North Hollywood project will eventually be a next-door neighbor to a larger multi-phase development planned for the adjacent subway station's park-and-ride lot, where Trammell Crow Company intends to spend $1 billion to construct high-rise housing, office space, and retail.