In January 2019, following months of rumors of a shortfall in financing, construction came to a halt on the more than $1-billion Oceanwide Plaza complex across the street from L.A. Live in Downtown Los Angeles. But well over three years later, the Chinese real estate developer behind the three-tower high-rise complex is looking to right the ship. 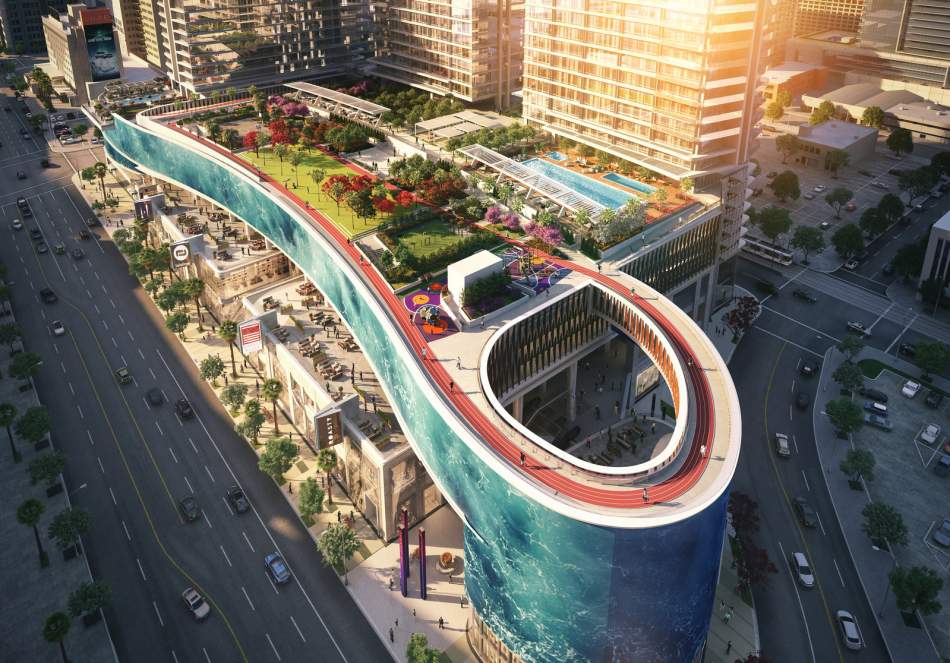 Rendering of the podium amenity deckVisualhouse

In an "unaudited interim results" report dated August 29, Oceanwide Holdings provided a status report on its Los Angeles project, which is set to include 504 condominiums, a 184-room Park Hyatt hotel, and approximately 150,000 square feet of retail space on a fully city block bounded by Figueroa, Flower, 11th, and 12th Streets. According to the developer, the physical structures and curtain walls of the three main towers are the only elements of the project to have been completed. Within the buildings, more than 85 percent of the electrical and mechanical work have been completing, and 60 percent of drywall installation has been completed in two of the towers.

After continued delays - which have been attributed to "liquidity issues," a lawsuit filed by Oceanwide Plaza's general contractor, and impacts of the global pandemic - the developer now indicates that it is in active negotiations with investors in pursuit of financing to complete construction and pay off all debts to the project's creditors. However, those efforts have faced headwinds, including rising construction costs, declines in residential leasing and sales profits, and the increased cost of financing as a result of interest rate hikes.

Oceanwide, according to its report, now aims to restart construction on the project in 2023, after which point it is expected to take two years to complete the partially finished towers and install elements including LED signage and landscaped amenity decks. Based on that timeline, the property could open as early as 2025. 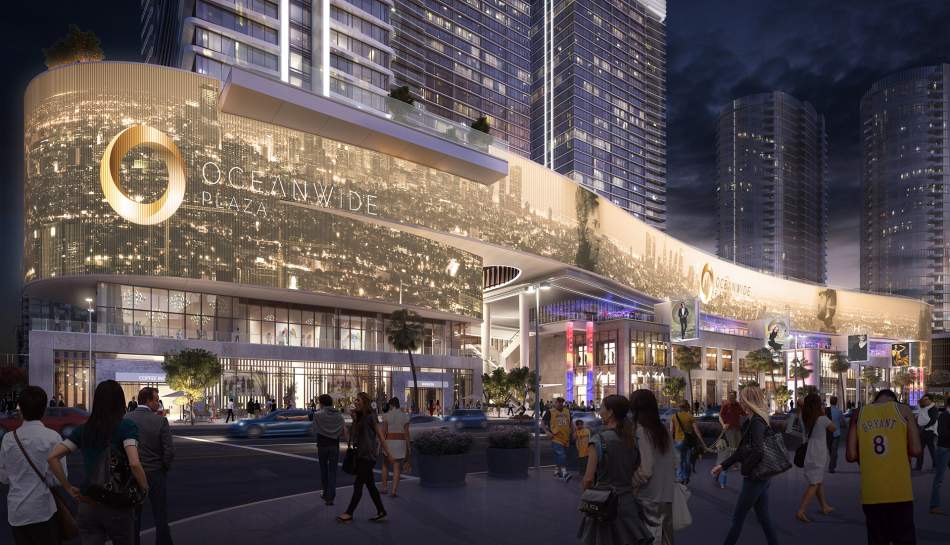 The cost of resuming work on the project remains steep. In February, The Real Deal reported that the developer would need to raise $2.3 billion to complete construction of Oceanwide Plaza. To date, the Oceanwide Holdings indicates that it has spent roughly $1.2 billion on the tower complex.