At its meeting on March 10, the Beverly Hills Planning Commission is scheduled to consider a request to extend entitlements for a project which would transform a Wilshire Boulevard landmark into a hotel. 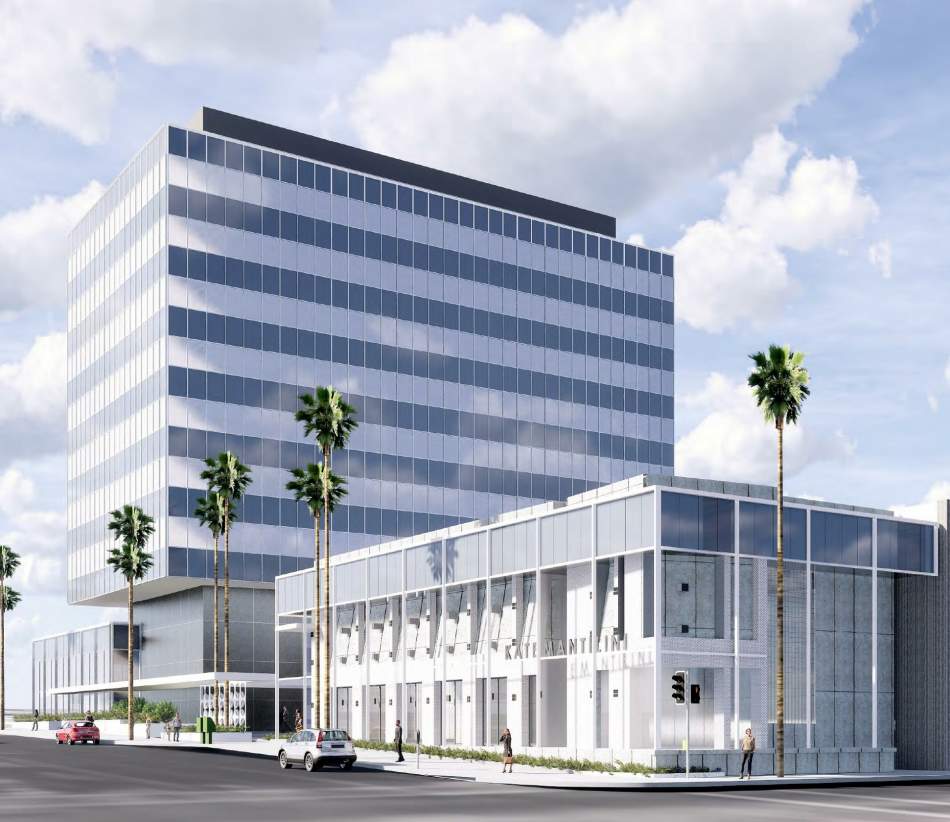 Gibraltar Square, located at 9111 Wilshire Boulevard, was originally developed between the 1950s and 1960s as the headquarters of Gibraltar Savings and Loan. Its oldest structures are a low-rise bank building and cantilevered 10-story office tower, both of which were designed by Pereira and Luckman. The property was later expanded with the addition of another bank building, designed by Maxwell Starkman and later reworked by Morphosis in the mid-1980s when converted into the now-defunct Kate Mantilini Restaurant. The property was designated a Beverly Hills City Landmark in 2016.

In 2020, an entity affiliated with West Hollywood-based real estate developer Charles Company secured approvals to convert and restore those existing structures as part of a boutique hotel complex. Under that proposal, the 10-story tower and banking hall would be transformed into 154 hotel rooms with restaurant space and amenities, while newer bank building would be returned to its most recent use as a restaurant.

OfficeUntitled is designing the Gibraltar Square revamp, which would maintain the appearance of the existing buildings, although some perimeter landscaping would be removed at street level, and the Banking Hall's rooftop would be converted to a pool deck surrounded by cabanas and other amenities. Additionally, Charles Company intends to maintain an existing five-level, 138-car parking garage, while also leasing additional spaces in an off-site location. 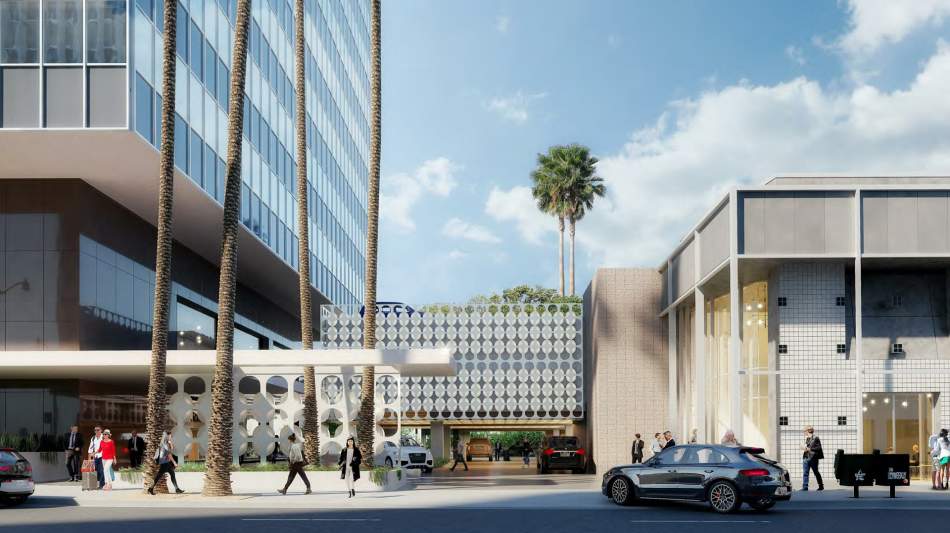 The request by Charles Company asks for a one-year extension of the project's conditional use permit and historic incentive permit, which were issued prior to the onset of the global pandemic, and are set to expire before construction is ready to begin. In a February 24 letter to the Commission, a Charles Company principal writes that construction is expected to commence before the end of 2022.

Charles Company is behind plans for numerous large mixed-use projects across Los Angeles County, including West Hollywood's Melrose Triangle, District Square in Baldwin Hills, and a high-rise tower slated for the Sunset Strip.