In a 4-1 vote, the Beverly Hills City Council has approved the construction of a pair of condominium towers adjacent to the Beverly Hilton and Waldorf Astoria hotels. 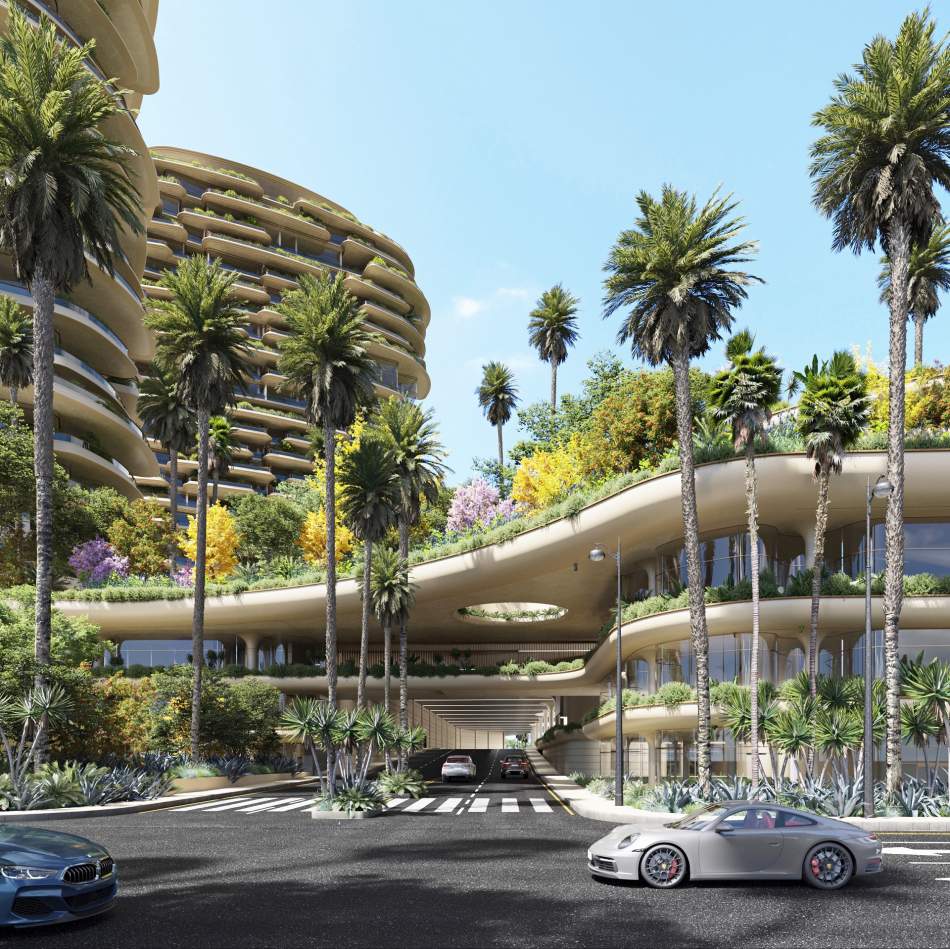 The $2-billion project from Beverly Hilton owner Alagem Capital, called One Beverly Hills, would span across a more than 17-acre property between Wilshire and Santa Monica Boulevards that was once home to a Robinsons-May department store.  Plans call for the construction of two high-rise buildings containing 303 condominiums (some of which could be sold in shares), a new hotel featuring 42 suites and 37 branded residences, and approximately 35,000 square feet of retail and restaurant space.  The proposed development would also include a subterranean parking garage with space for more than 2,100 vehicles.

Norman Foster is designing the One Beverly Hills, serving on a team that also includes executive architect Gensler and landscape architecture firm Rios.  Curvilinear buildings, lined with plants and greenery, would be set among roughly eight acres of park-like open space.  Walking paths and botanical gardens, more than half of which would be accessible to the public, would be interspersed throughout the project site.

The largest structures - the 32-story, 410-foot-tall Santa Monica Residences and the 28-story, 369-foot-tall Garden Residences- would rival the towers of nearby Century City, and surpass all existing buildings within Beverly Hills city limits.  Other components of the approved plan include an 11-story, 124-foot-tall edifice called the Wilshire Building, which would contain the hotel suites and attached condominiums. 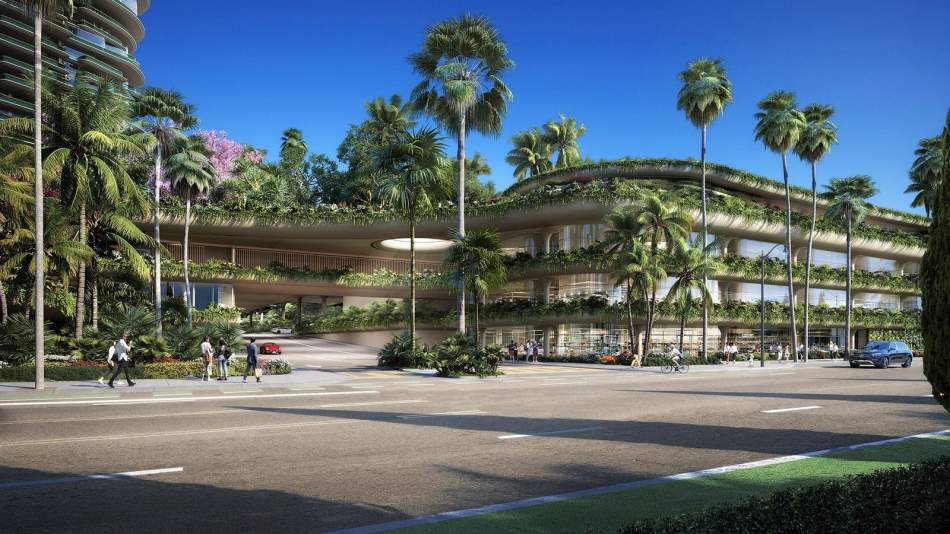 The project's environmental impact report indicated that construction would occur over an approximately 50-month period, starting as early as 2021 and concluding in 2026.

The Beverly Press reports that the project will be accompanied by a $100-million direct public benefits payment to the City of Beverly Hills, as well as at least $1.7 billion through hotel tax revenue and fees from condominium sales.

While the project was ultimately approved, it received a single "no" vote from Councilman John Mirisch, who argued that the project should set aside 15 percent of its residential units as affordable housing.  Other members of the Council argued that the increase in tax revenue that would result from the completed development could be put toward the development of affordable housing in Beverly Hills, according to the Beverly Press. 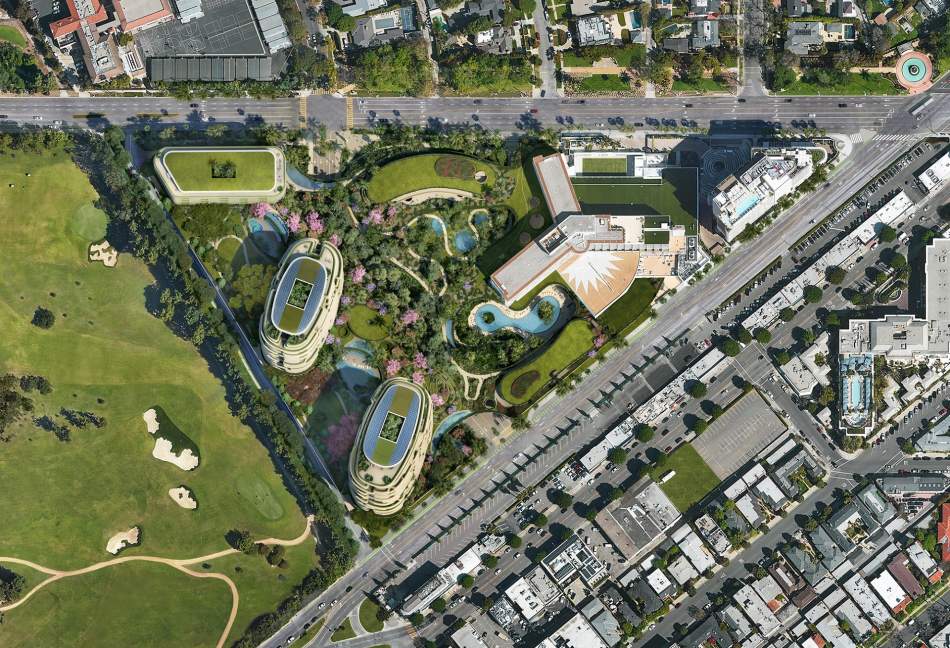 The current plan for One Beverly Hills dates to 2018, when Alagem acquired the former Robinsons-May property which had long been slated for a Richard Meier-designed hotel and condo complex.  That site was then folded into the neighboring Beverly Hilton campus, where Alagem had first secured approvals for an expansion via voter initiative in 2008.