A developer seeking to build a new Courtyard Marriott hotel across the street from the USC campus in Exposition Park is appealing a zoning administrator's decision which blocked approval of the project. 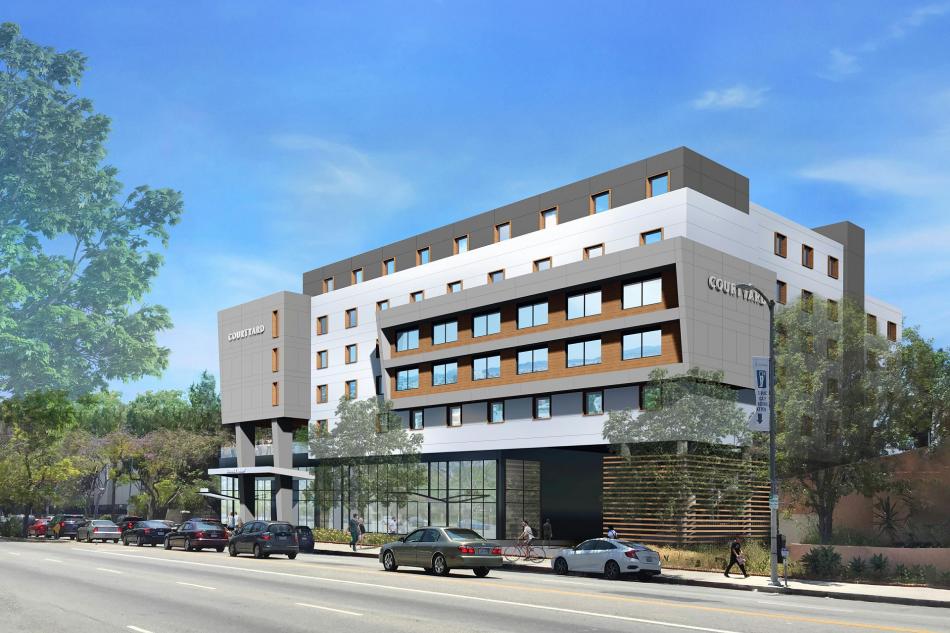 In 2019, the Los Angeles City Council voted to enter into an arrangement with developer Orion Capital for the redevelopment of the former Bethune Library site, located at 3785 S. Vermont Avenue. The currently vacant lot, under an application filed the next year the Planning Department, called for redeveloping the site with a new 168-room Courtyard Marriott hotel.

That plan ran into an unexpected obstacle in March 2022, when the city's zoning administrator issued a determination letter denying approval to the project, citing that arguing that the Marriott hotel would displace "opportunities for affordable housing, a youth center, or any other community serving uses." That letter was issued in the aftermath of an October 2021 hearing in which neighboring residents, religious leaders, and representatives of organized labor spoke in opposition to the project. The property had previously been discussed as an opportunity site for affordable housing, even and was referenced as such in a February 2017 opinion piece from the Los Angeles Times Editorial Board warning of the risks of Measure S.

Henry Fan of Orion Capital, in the appeal application to the Los Angeles Area Planning Commission, argues that the decision by the zoning administrator rested solely on the testimony of speakers at the public hearing. His project, according to justifications included with the application, resulted from a public request for proposals process administered by the city, and has received the support of 8th District City Councilmember Marqueece Harris-Dawson. Furthermore, Fan argues that the project would include community serving retail space at street level, while also providing job opportunities for the surrounding neighborhood, a use which supports the operations of USC and Exposition Park, and a $1 million public benefits package.

While the proposed Courtyard Marriott was the result of a public process, it was not the first project that the city had eyed for the Bethune Library site. One year prior in 2018, the City Council voted to enter into an exclusive negotiating agreement with Nvision Development for the construction of a mixed-income apartment complex on the property which would have also included space the L.A. Cleantech Incubator. Nvision, which submitted a letter of opposition to the Marriott hotel to the zoning administrator in 2021, lost control of the site after its exclusive negotiating period ended without reaching an agreement with the city.

The appeal hearing is scheduled for September 20.