Eight months after our last update, the wrapping is off at Community Corp. of Santa Monica's Pacific Landing apartments in Ocean Park, revealing its corrugated metal exterior. 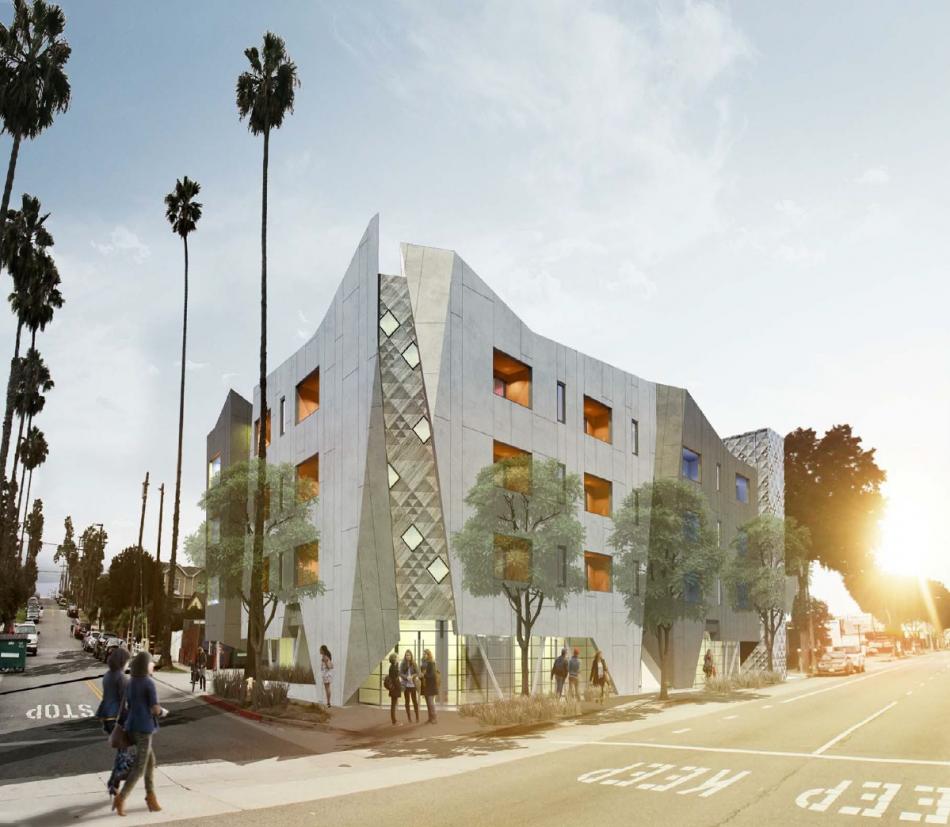 View from Pacific and LincolnTighe Architecture

Located at Lincoln Boulevard and Pacific Street, the project consists of a four-story building that will feature 37 one-, two-, and three-bedroom apartments above 459 square feet of ground-floor commercial space and a nine-car garage.

According to a 2019 staff report to the California Tax Credit Allocation Committee, Pacific Landing will cater to households earning between 30 and 80 percent of the area median income, with. That translates to a single adult making between $19,000 and approximately $66,000 per year.

Designed by Tighe Architecture, the apartment complex will be centered on a T-shaped interior courtyard and a rooftop amenity deck. The building fronts Lincoln Boulevard with a "sculptural" exterior.

The project is one of a handful being built by Community Corp in its hometown, including two new projects in the Pico neighborhood, as well as a proposed building in Westchester.