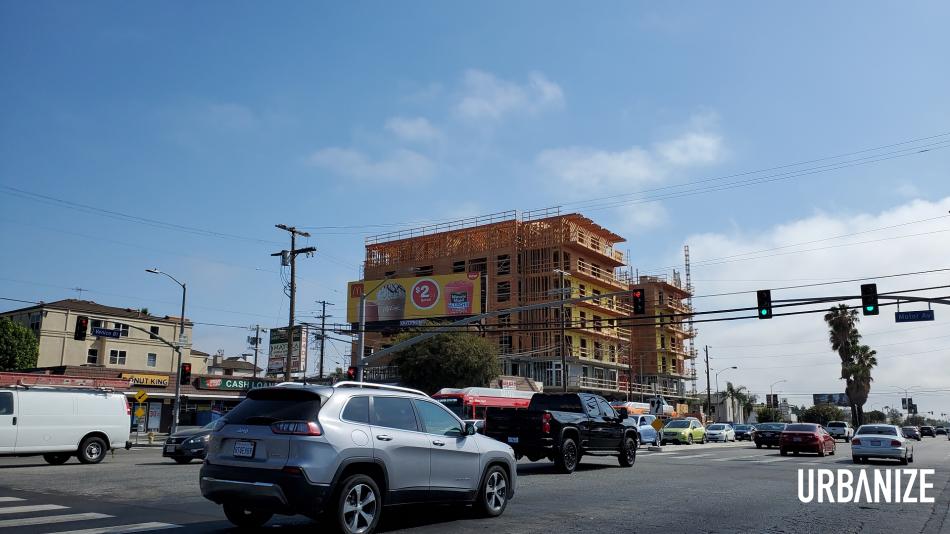 The project, which replaced an auto body repair shop at the intersection of Venice Boulevard and Mentone Avenue, is a podium-type building that will feature  79 one-, two-, three-, four-, and five-bedroom apartments upon completion.  Plans also call 1,000 square feet of retail space at street level and a two-level, 52-car garage.

The apartment complex was entitled by CLG using the City of Los Angeles' Transit Oriented Communities guidelines to achieve greater height and density than allowed by zoning.  In exchange for the bonus floor area, eight of the new apartments will be reserved as affordable housing priced at the extremely low-income level (30 percent of the area median income).

Patrick Tighe Architecture and PK Architecture are designing the project, which has a U-shaped footprint above its podium that will create space for a central courtyard.  A second amenity deck is planned for the roof level. 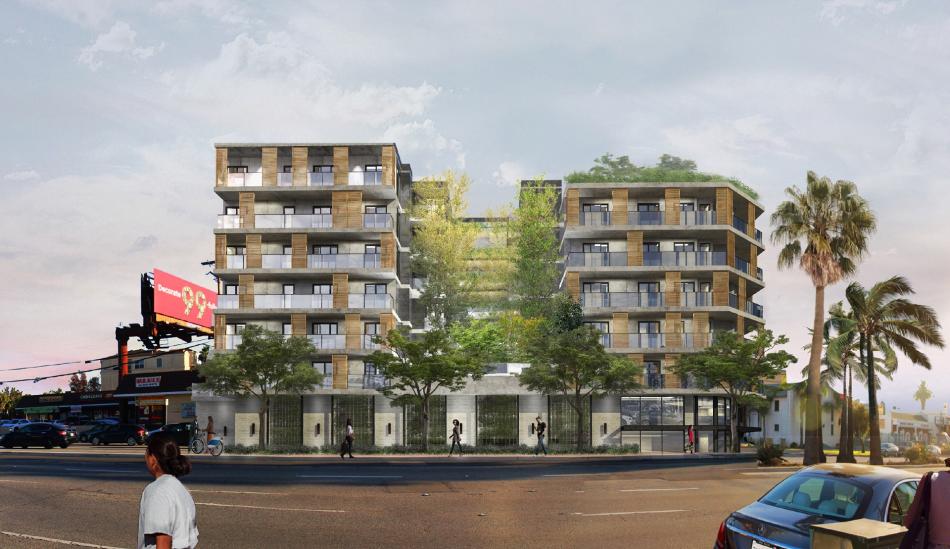 Outside of its new development at 10412 Venice, CLG is developing a handful of other projects in the Palms community, including an expansion of the 3838 apartments and a proposed mixed-use building at the intersection of Washington Boulevard and Motor Avenue.