In Palms, developer Oakmont Capital has cleared a lot at 3565-3585 S. Overland Avenue, where the company has received entitlements to build its latest mixed-use apartment complex. 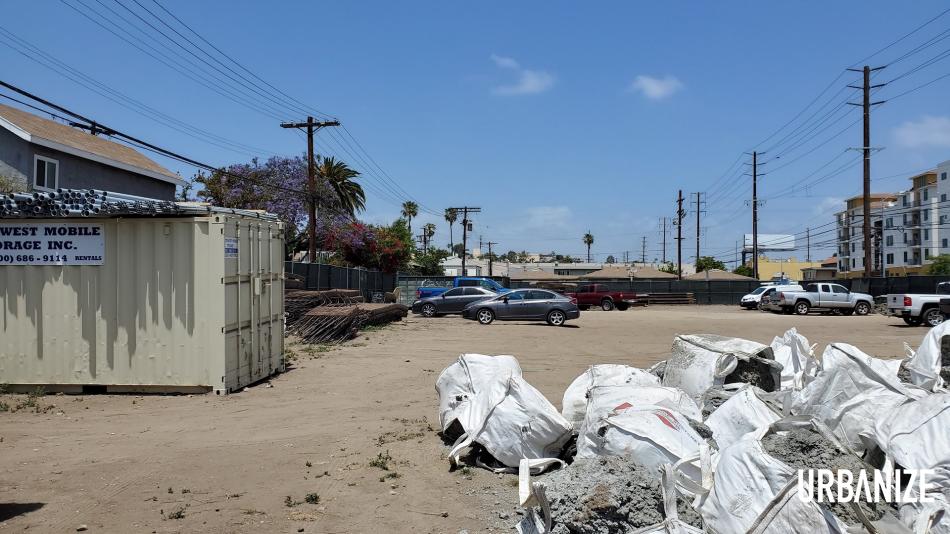 The project, which would span a full block of Overland between Tabor Street and Charnock Road, calls for the construction of a seven-story building featuring 119 apartments, 2,000 square feet of ground-floor retail space, and 126 parking spaces located at-grade and in one basement level.

Approved plans call for a mix of studio, one-, and two-bedroom dwellings, including 11 affordable units which would be set aside in exchange for Transit Oriented Communities development incentives.

Reed Architectural Group is designing the apartment complex, which is depicted in a rendering as a contemporary low-rise structure capped by roof decks. 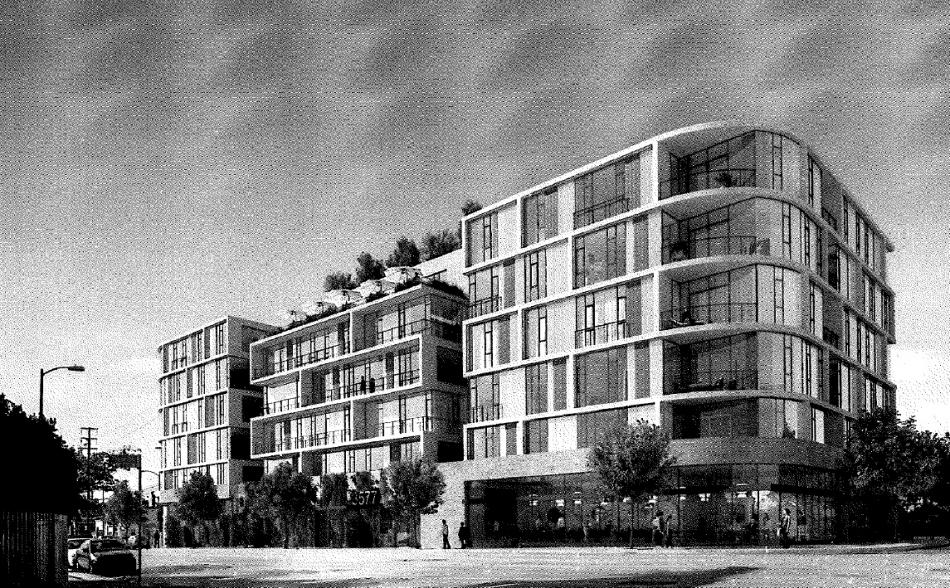 Oakmont Capital is developing two other mixed-use residential buildings along Overland Avenue, one of which recently broke ground on the opposite side of the street.  The 3565-3585 Overland site is currently being used as a staging area for the under construction development.

A similar project called The Jagger is now under construction directly across Overland, and another called The Roy was completed on an adjacent site in 2018.