The City of Paramount is the latest jurisdiction in southeast Los Angeles County looking to reshape its image around the forthcoming West Santa Ana Branch light rail line.

The West Santa Ana Branch, which will span a 19-mile corridor between Artesia and Downtown Los Angeles, will have two stations within Paramount - an at-grade stop near the northwest corner of Rosecrans Avenue and Paramount Boulevard and a station above the I-105 Freeway which will offer transfers to the C Line. To capitalize on those stations, the city is seeking to rezone a roughly 279-acre area between them, bounded roughly by Rosecrans to the south, Century Boulevard and Howe Street to the north, Anderson to the east, and the rail right-of-way to the west. 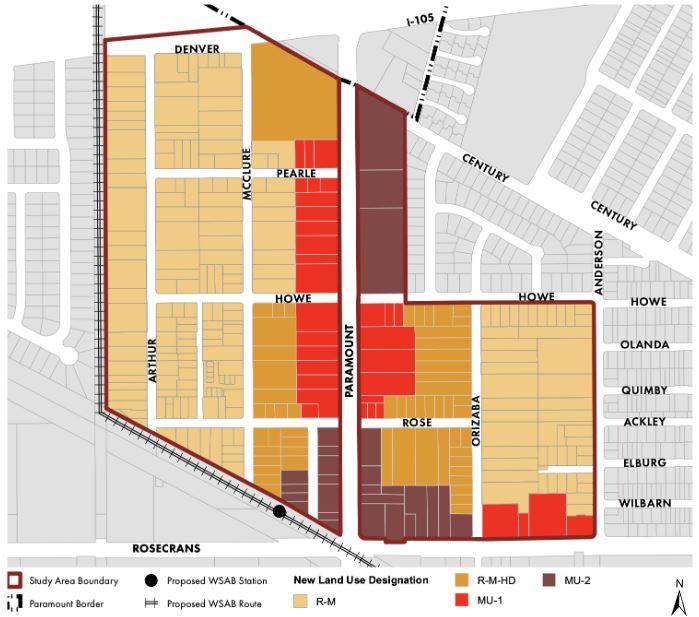 Officially known as the North Paramount Gateway Specific Plan, the new effort is a consolidation of two existing plans - the Clearwater North Specific Plan and the Howe/Orizaba Specific Plan - which have been in place since 1987. Under the new plan, the city proposes to increases maximum density from the current limit of 22 dwelling units per acre to 40 units per acre along Paramount Boulevard and Rosecrans Avenue, and up to 30 units per acre along side streets. Allowable building heights would range from 30 to 45 feet, with maximum floor area rights set between 1.5 and 2.0.

Besides revised zoning rules, the specific plan also proposes a range of public realm improvements around the rail stations, including: 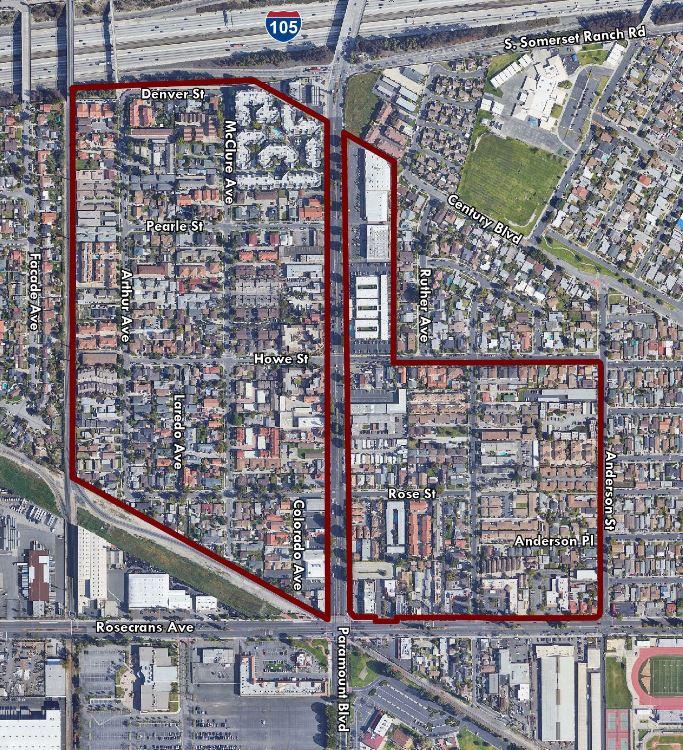 The new specific plan, which is still in its environmental review phase, will require adoption by the Paramount City Council. After effectuation, it would enable the construction of approximately 5,000 new residential units and 31,000 square feet of commercial space.