A prominent parking lot on Colorado Boulevard that has long been slated for the construction of a medical office building could instead birth a hotel, per a memo to the Pasadena Design Commission. 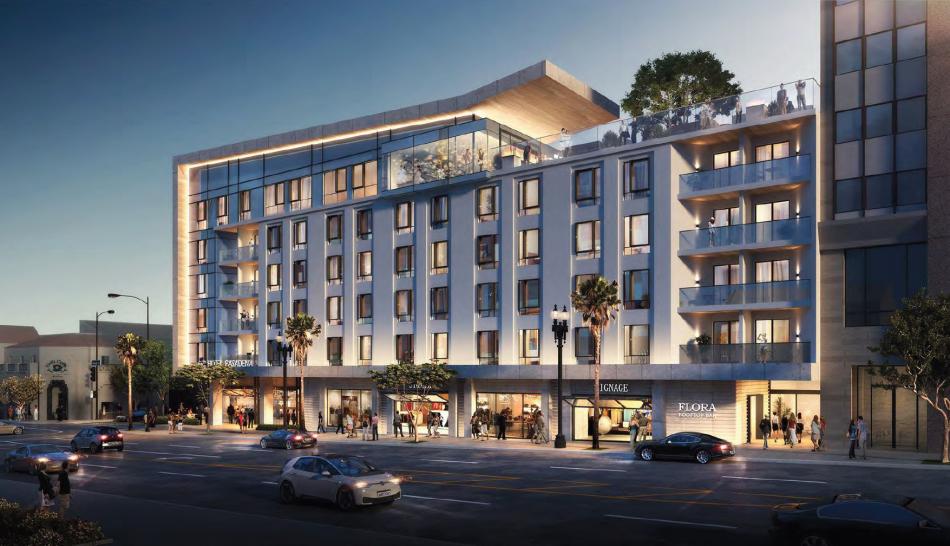 Welcome Group, Inc., an El Segundo-based real estate firm, is seeking approvals to redevelop the property at the southwest corner of Colorado Boulevard and Madison Avenue with an AC Hotel - a business-focused brand which is a subsidiary of Marriott.  Plans call for a six-story structure which would feature 195 guest rooms on its upper floors, as well as street-facing retail facing Colorado and an upper-level bar.

WATG is designing the proposed hotel, which would be clad in materials including stone, faux wood, and glass.  Architectural plans show an L-shaped structure with a small parking lot accessible from an alley which runs along the southern property line.

The presentation to the Design Commission is preliminary, with a formal review of the project to come at a later date. 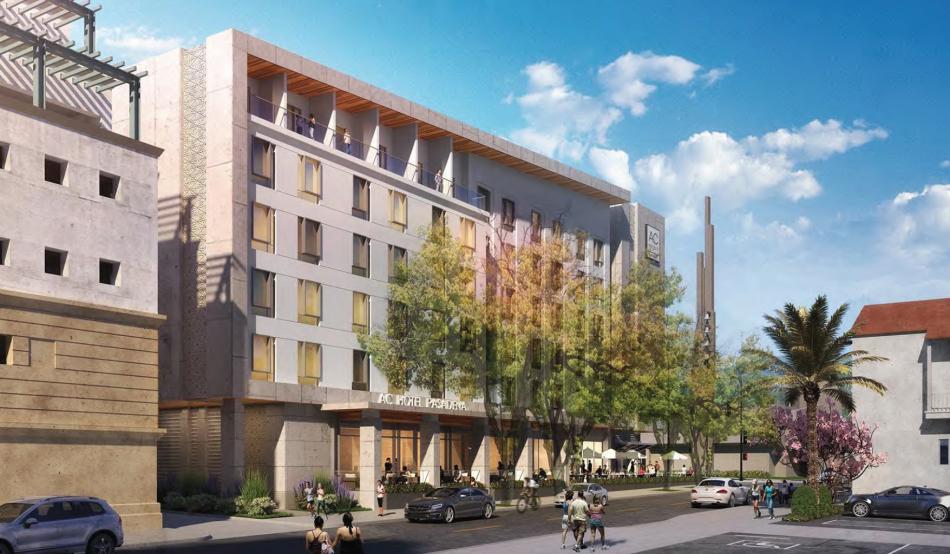 Charles Company, the West Hollywood-based real estate firm which owns of the site, first submitted plans to the City of Pasadena in 2014 to develop the property with a five-story, 110,000-square-foot medical office building.  While final approvals were granted in 2015, and then renewed in 2018, the updated proposal for a hotel development was submitted to Planning Staff in September 2020.

Approvals required prior to the start of construction include a conditional use permit, which is now under review at the staff level.

Welcome Group, the new developer, previously built an AC Hotel in its hometown of El Segundo.