A pending presentation to the Pasadena Design Commission offers a look at updated plans to redevelop a property across the street from Huntington Hospital with a medical office building.

The latest project, slated for a property at 590 Fair Oaks Avenue, calls for demolishing  small commercial building and a surface parking lot to make way for a new four-story edifice featuring nearly 100,000 square feet of medical office space above subterranean parking for 212 vehicles.

Smith Group is designing the proposed development, which has been refined since its initial review by the Design Commission in June.  The building is described as being of a contemporary style, with a commanding presence at the intersection of Fair Oaks and California Boulevard.  A metallic ribbon, wrapping up, down, and around the building is a central element to the design, which calls for placing a vehicular entrance on an alley off the eastern property line and a new east-west pedestrian paseo at street level to the south. 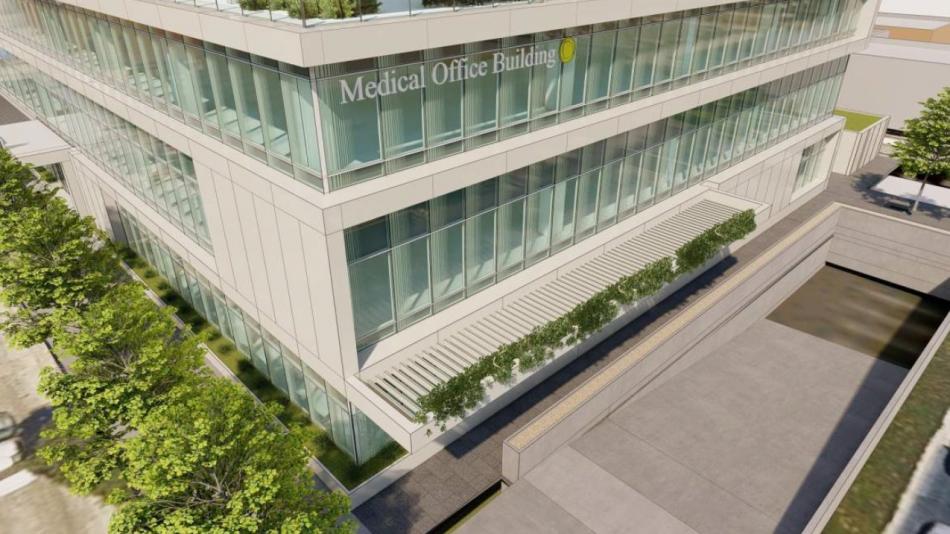 A staff report recommends approval of the concept design for 590 Fair Oaks, with a condition for further refinement as the project advanced toward its final review at a future date. 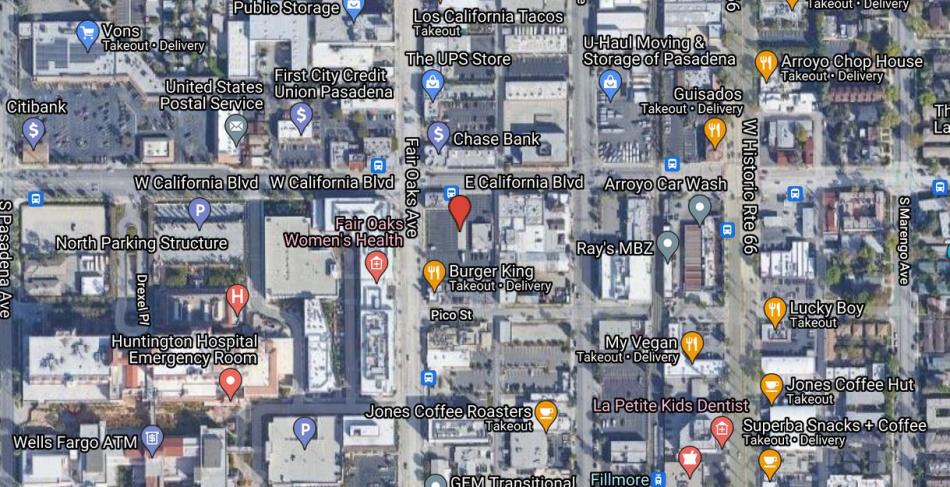