One year after starting work, the second phase of Pasadena's 388 condominiums is fully-framed just south of the Paseo mall. 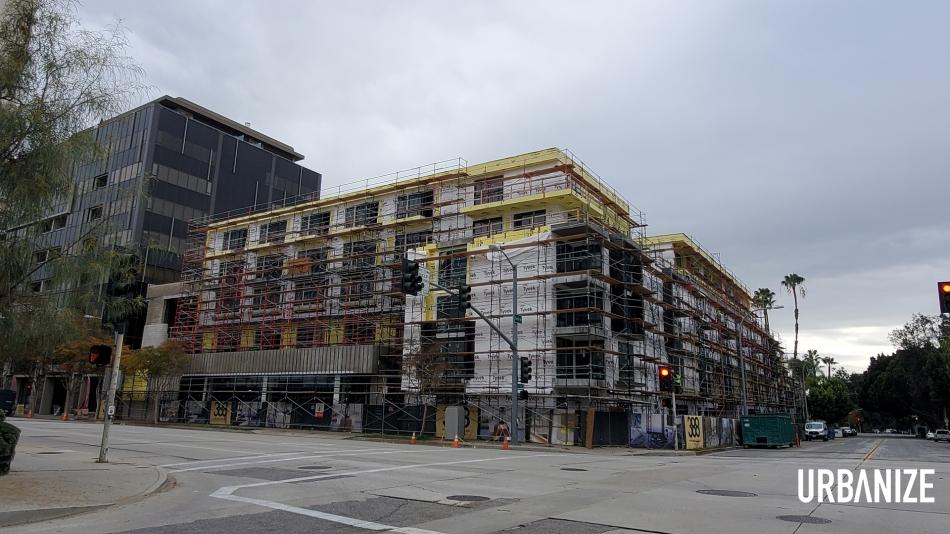 View of construction at phase two of 388Urbanize LA

The project, which is being built by Octane Development, is transforming a concrete parking structure at the intersection of Euclid Avenue and Cordova Street into 48 residential units. That total includes 16 townhouse-style dwellings seated above the garage and 32 homes built along the perimeter of the now five-story building.

Adept Urban's design for the condominiums converts the garage's rooftop into an amenity deck featuring a pool, a hot tub, a barbeque area, and a fire pit, according to a representative of Adept Urban.  While no street-fronting commercial space is planned, a fitness center will be located at street level.

The initial phase of 388, named for the address of a neighboring building at 388 Cordova Street, converted a 1980s structure into what was branded as Pasadena's first high-rise condo complex. At the time the building opened, the 57 one-, two-, and three-bedroom condominiums were commanding prices ranging from $900,000 to $5 million. 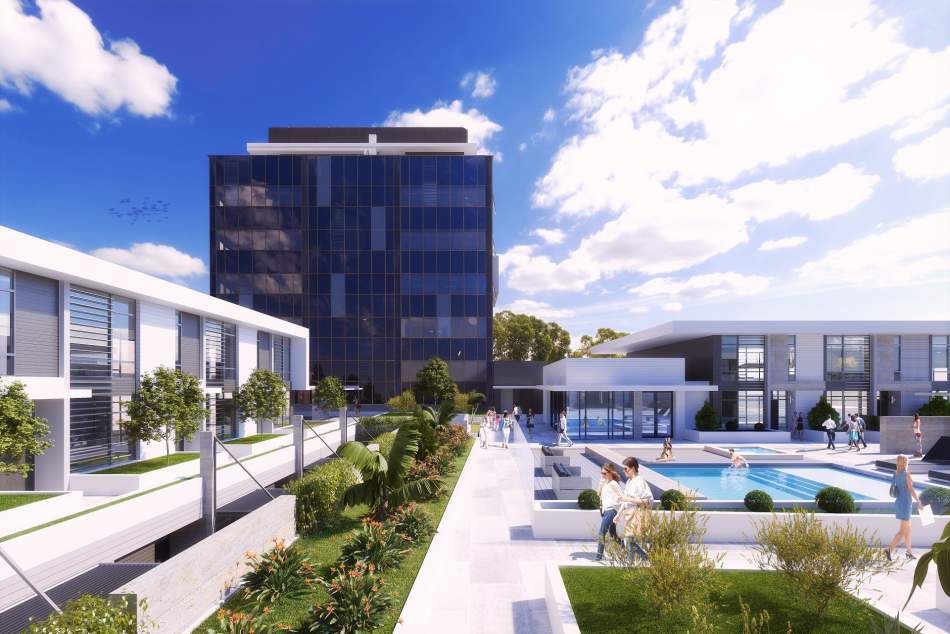 View of an amenity deck at phase twoAdept Urban

Two other condominium projects also under construction within walking distance of the Paseo mall, including the Adept-designed  Colorado 77 condominiums on the site of the mall's former Macy's and a 42-unit building now rising on Euclid Avenue.

Adept Urban is also partnering on a similar project in Downtown Glendale, which includes the adaptive reuse of an office building and the construction of new housing atop an adjoining parking structure.