Just four months after we last checked in, the MW Lofts development has reached its peak in Pasadena's Playhouse District. 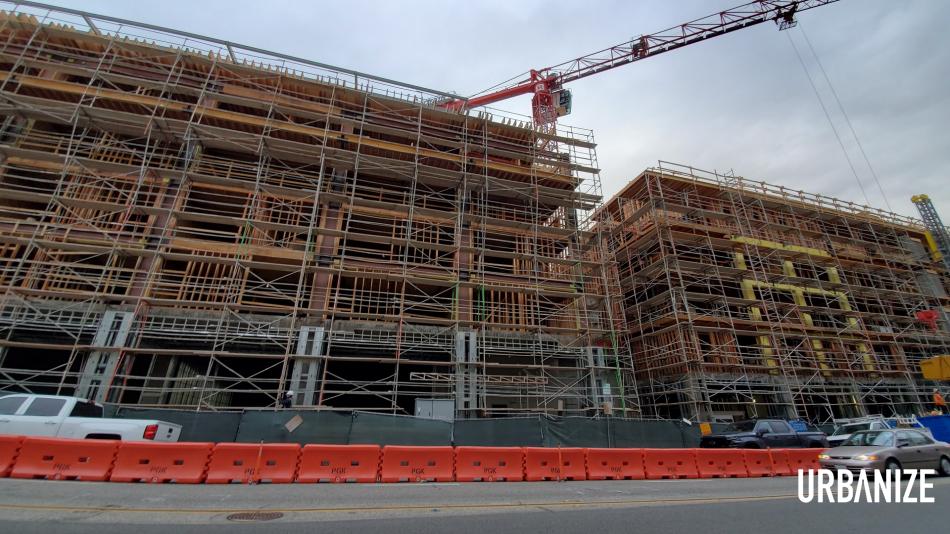 View of construction at the MW Lofts from Walnut StreetUrbanize LA

Located at the northeast corner of Walnut Street and El Molino Avenue, the project from Prominent Development consists of a six-story structure that will feature 115 housing units above 14,000 square feet of ground-floor commercial space and basement parking at completion.

Designed by Tyler + Kelly Architecture, the contemporary podium-type building is shown in conceptual renderings with cantilevered rail balconies and stone accents on its exterior.  A 250-foot-long pedestrian arcade will line the building's ground-floor retail and restaurant space along Walnut Street, with additional open space to be provided for residents at the roof level.

Pasadena-based Prominent Development, which acquired the MW Lofts site for $11 million in 2016, is behind plans for a handful of ground-up projects in its hometown, including a similar mixed-use housing complex slated to replace a surface parking lot at 254 E. Union Street. 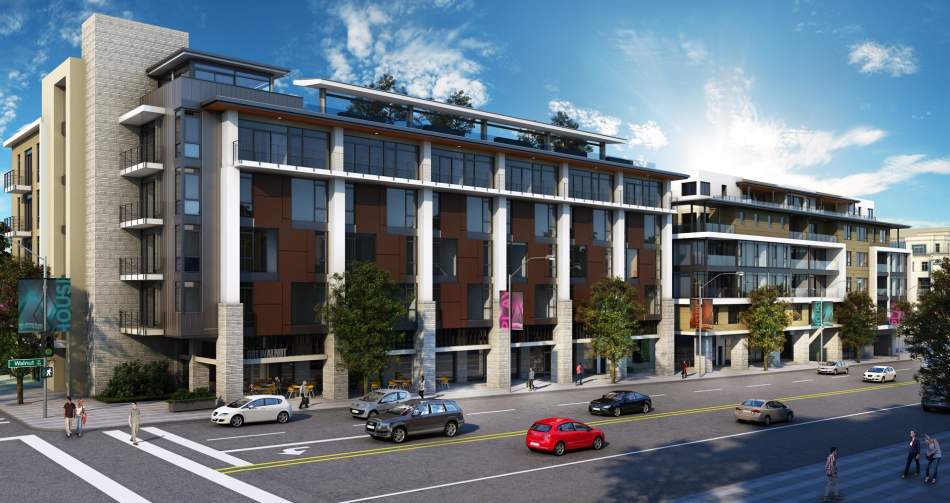 The project is the latest in a recent string of mixed-use developments built in recent years in and around the Playhouse District, such as two apartment buildings completed by Greystar and 400 apartments are now under construction as part of the 100 West Walnut development.