Following a public design contest, the Los Angeles studio of Perkins&Will has prevailed in its bid to design a new playhouse for the City of West Hollywood, the firm announced this week.

The new 99-seat playhouse, slated to replace the Coast Playhouse at 8325 Santa Monica Boulevard, would consist of a two-story, 5,000-square-foot building featuring both a performance venue and rehearsal space. Additionally, plans call for a new pocket park and room for outdoor performances in a bid to activate the streetscape on what is now a parking lot the the east of the building. 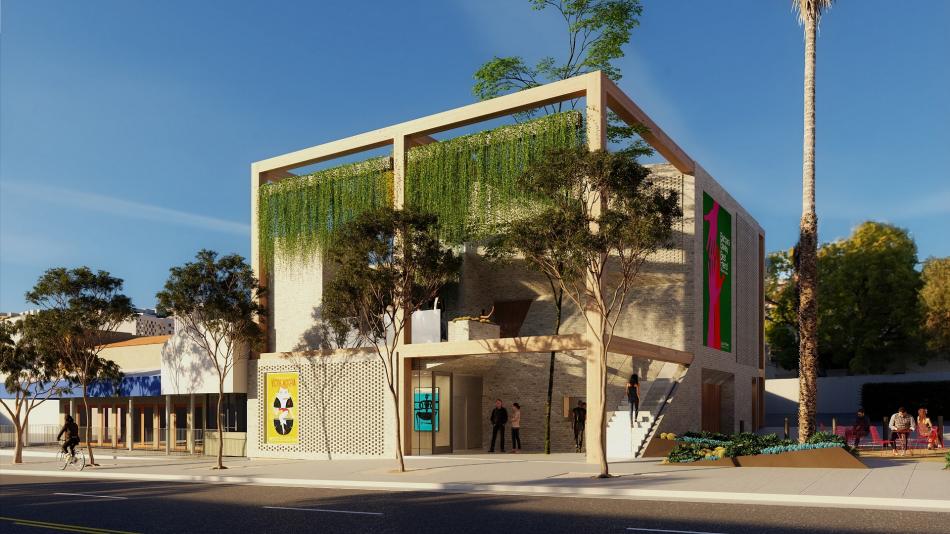 "West Hollywood is a focal point in the region for culture, which makes this new playhouse an opportunity to redefine how local theaters engage the street and serve their communities." states Perkins&Will's design director Yan Krymsky in a news release. "We thought a lot about how the project could activate Santa Monica Blvd., not just at show time, but also during street events and community gatherings. There's also an aspiration to celebrate the act of going to the theater. We wanted to capture the drama of arrival and entry found in larger performance halls. We let these ideas shape the design and the outcome was something that felt like a theater but didn't necessarily look like one that you've seen before."

While the design of the new playhouse is expected to change from initial concepts showcased in renderings, the building is expected incorporate reclaimed brick and timber in its facade. Other elements include a biophilic green curtain surrounding its second floor.

“This project is special to us because its goal is to build on this site’s storied past to provide neighbors, artists, and theater goers a fresh new cultural space to enjoy. We are excited to work with the City of West Hollywood and its community to design a unique, sustainable playhouse that reflects the vibrant artistry of the area while contributing to an enhanced public realm,” said Perkins&Will principal Leigh Christy. “We are also looking forward to further engaging stakeholders to establish a versatile, innovative performance venue for artists to create for generations to come.” 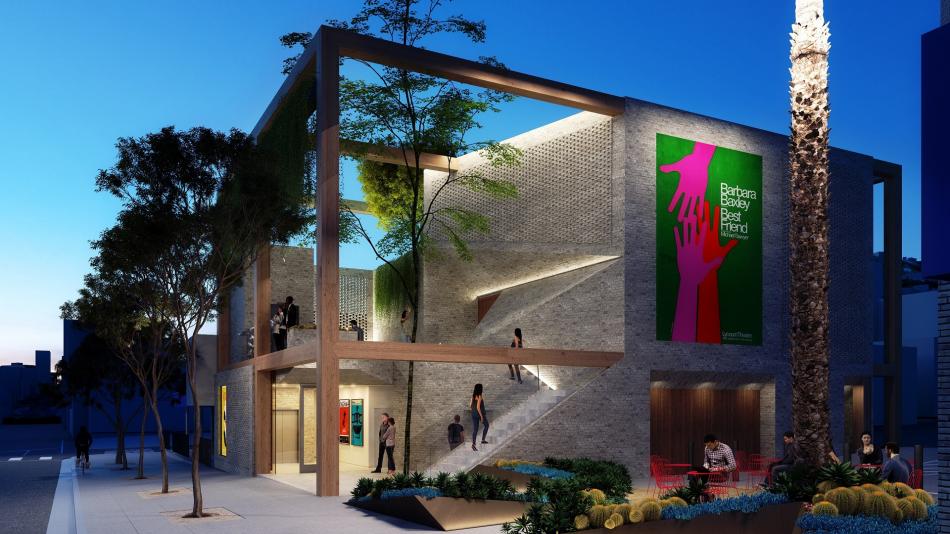 Perkins&Will's concept won out over competing submissions from BAR Architects and Grimshaw.

The new project emerges six years after the City of West Hollywood acquired the Coast Playhouse, which at the time was in need of a renovation and other improvements to comply with the Americans with Disabilities Act.