According to a notice released by the Los Angeles Department of Health Services, a permanent shelter facility is being planned at the southwest corner of the south campus - a site which is currently occupied by the West Los Angeles Armory Building. The building, completed in 1964, was used for a decade as a winter shelter with 160 mixed-gender beds. 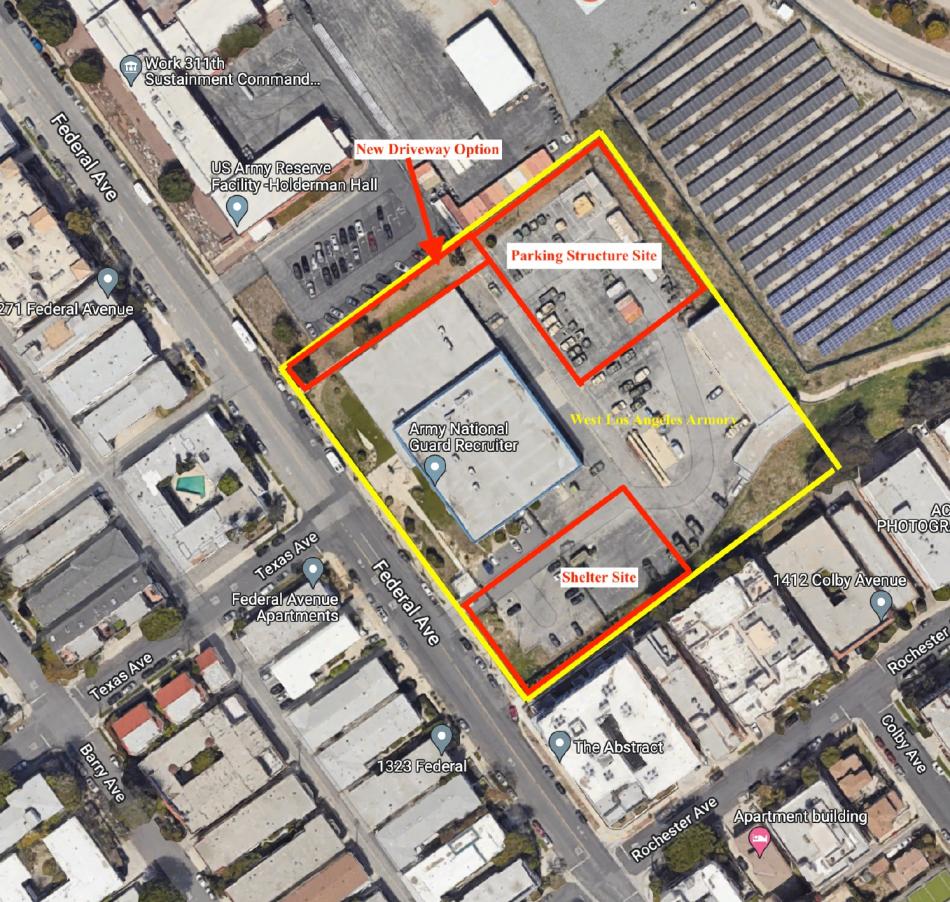 The proposed permanent shelter, planned directly south of the 1960s building, is imagined as a three-story structure featuring 167 beds. A rendering depicts a modern low-rise building, which would incorporate a client's intake area, separate dormitories for men and women, a dining area, a library, outdoor patios, and recreation facilities. Plans also call for a dog run at the exterior.

The new shelter facility would be accompanied by the construction of a new parking garage to the east of the 1960s building, replacing spaces which would be lost to the new shelter building.

Work on the project is set to occur over a 16-month period, beginning sometime in 2023.