Just south of the intersection of Western Avenue and Imperial Highway in Athens, a roughly $30-million permanent supportive housing development from Affirmed Housing Group has entered the home stretch. 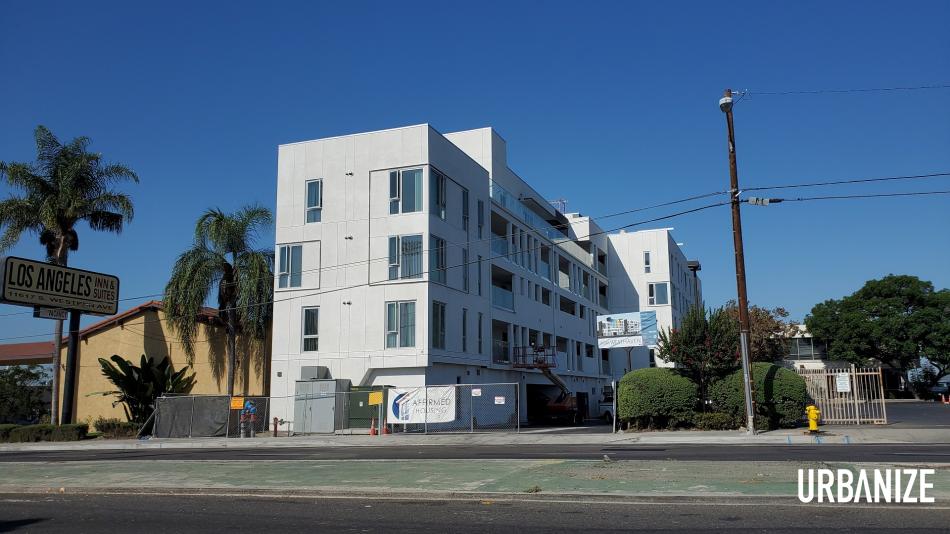 Westhaven, now under construction at 11609 S. Western Avenue, consists of a five-story building that will feature 57 low-income apartments and a 34-car garage upon completion.

Plans call for a mix of studio, one-, and two-bedroom apartments, which will be reserved for households earning between 30 and 50 percent of the area median income, according to a staff report to the California Tax Credit Allocation Committee.  Rents are expected to range from $591 to $633 per month.

AC Martin is designing Westhaven which closely resembles a rendering produced prior to the project's groundbreaking. At the time, the building was described as featuring a "sliding building mass, and articulated with varied joints and rhythms across the building façade."

The development sits on the far west edge of a roughly 658-acre expanse of unincorporated Los Angeles County which was rezoned last year to incentivize the construction of new housing along major transit corridors. Much of the plan's anticipated growth is centered on the intersection of Western and Imperial Highway.