A proposal to bring new green space to park-starved Koreatown is on track for a key approval this week.

On May 5, the Board of Recreation and Parks Commissioners is slated to vote on a staff recommendation to approve an agreement between the Los Angeles Public Library, the Bureau of Engineering, and the Recreation and Parks Department for joint use of the Pio Pico Library property at 7th Street and Oxford Avenue. That agreement will allow for will enable the redevelopment of the library's parking lot with a new community pocket park atop a subterranean garage. 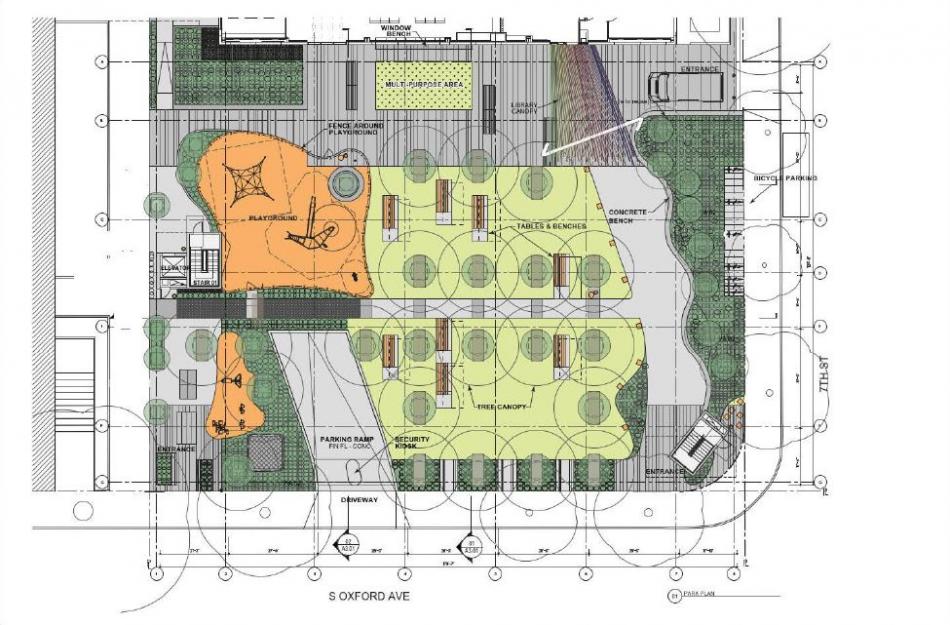 According to a staff report, the roughly 26,000-square-foot project site currently provides parking for a total of 79 vehicles. The proposed underground garage slated to replace it would include 50 vehicle stalls, with an additional 25 stalls to be provided along adjoining streets.

The new park, designed by JFAK Architects, will include shade trees, a playground, exercise equipment, and seating in a roughly .6-acre space.

According to the staff report, the project will cost approximately $15.5 million to complete, and is funded by Quimby fees paid by developers and CRA/LA excess bond proceeds, among other sources. 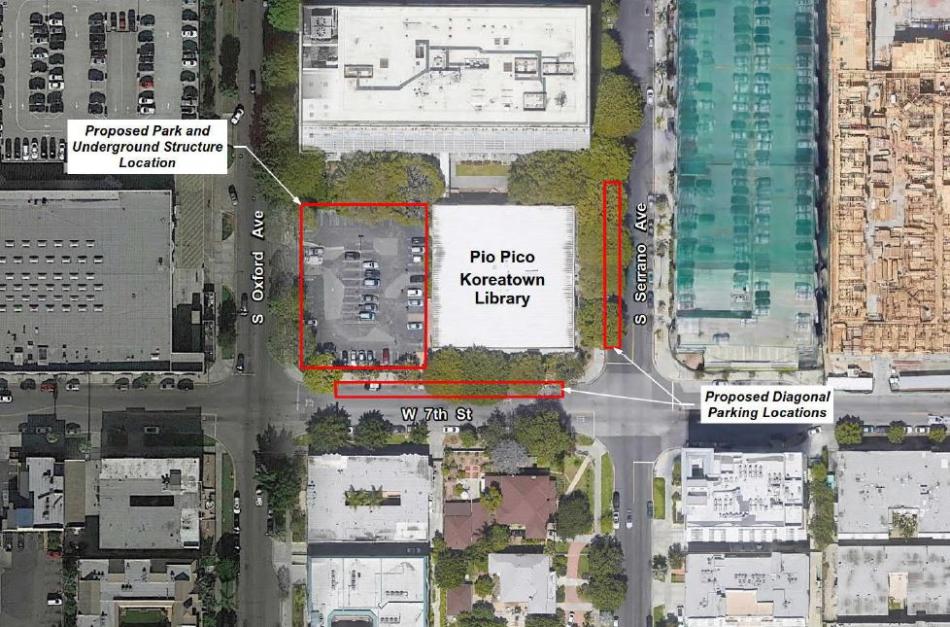 An initial study published in 2019 by the City of Los Angeles estimated that the construction process for the pocket park will take roughly 18 months.

Plans for the Pio Pico park come years after a scuttled attempt from CRA/LA to convert a long-empty lot at 7th Street and Hobart Avenue into a "Koreatown Central Park."  The demise of the state CRA system felled that plan, and the City of Los Angeles did not act to save the property for green space in the aftermath.  The lot has since been sold and developed with an apartment building called the Pearl on Wilshire.