At a meeting last week, the Long Beach Planning Commission upheld the approval of a mixed-use development at Broadway and Atlantic Avenue, denying an appeal from a group of neighboring property owners which sought to delay or block construction of the project. 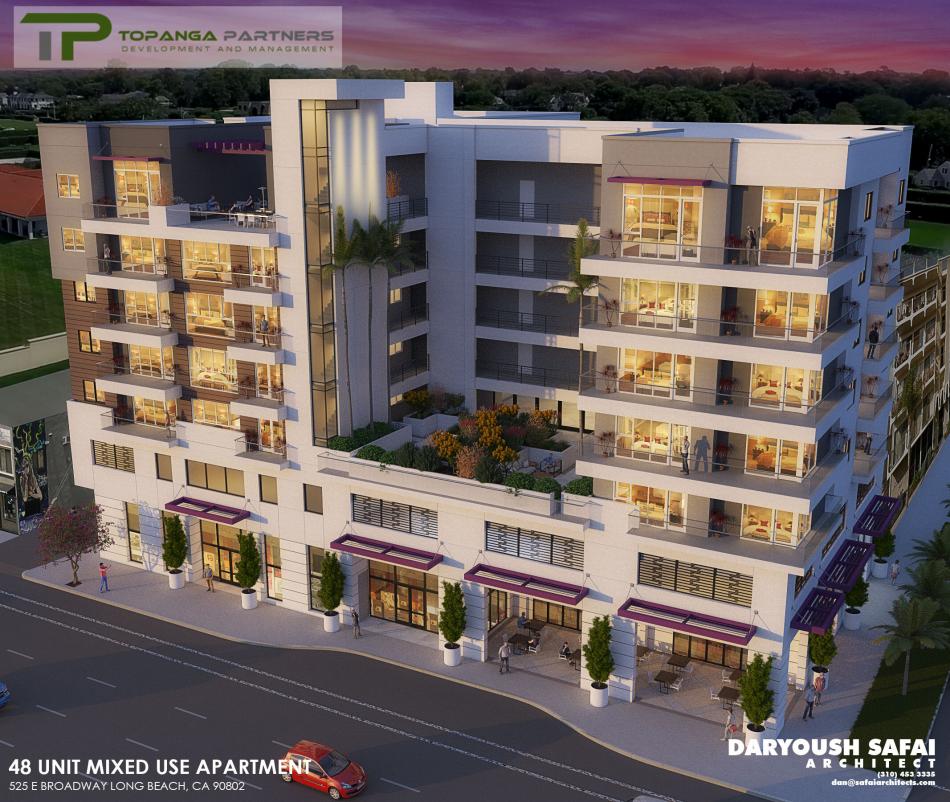 The proposed apartment complex, which was approved in May 2021 by the Long Beach site plan review committee, is slated for a nearly quarter-acre site at the northwest corner of the intersection.  Los Angeles-based developer Topanga Partners is planning a seven-story edifice which would feature 48 apartments, 5,090 square feet of ground-floor retail space, and a three-level semi-subterranean parking garage with capacity for up to 60 vehicles.

Per a project website, the development at 525 E. Broadway would consist almost entirely of two-bedroom dwellings, ranging between 1,000 and 1,200 square feet in size.  Each apartment would include a dishwasher, private parking, and washer-dryer sets, with rents starting at $2,500 per month. 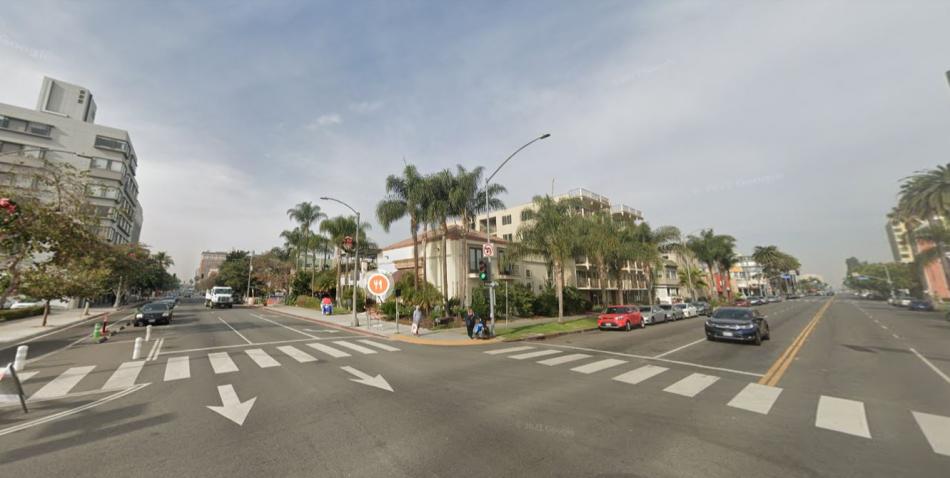 Daryoush Safai is designing the proposed project, which would feature a U-shaped footprint above its podium level, providing space for a small courtyard.  Renderings a contemporary look for the building.

The five appellants, all owners of condominiums in an adjacent building at 215 Atlantic Avenue, demanded that 525 Broadway be redesigned to avoid blocking views, airflow, and sunlight into the existing structure.  The appellants, who argued that the shade-shadow analysis included in project's environmental study was "misleading," also requested that Topanga Partners build additional parking for residents of 525 Broadway as a "goodwill/good neighbor gesture."

A staff report found no new evidence surfaced by the appellants that would suffice to warrant overturning approval of 525 Broadway, and recommended that the Commission uphold the project's entitlements.