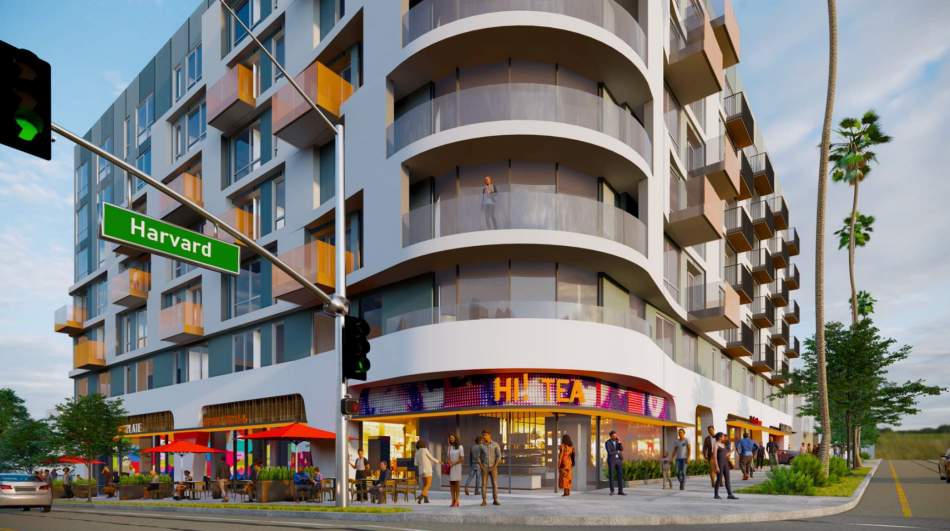 View from 6th and HarvardNext Architecture

The project, approved in April 2021 by the Planning Department, calls for the construction of a new seven-story building containing a total of 150 studio, one-, and two-bedroom apartments above approximately 12,900 square feet of ground-floor commercial space and a two-level, 192-car underground parking garage.

Project entitlements include Transit Oriented Communities incentives, allowing a building with greater density, height, and floor area than permitted by zoning rules. In exchange for the incentives, Jamison is required to set aside 15 of the new apartments as deed-restricted affordable housing at the extremely low-income level. 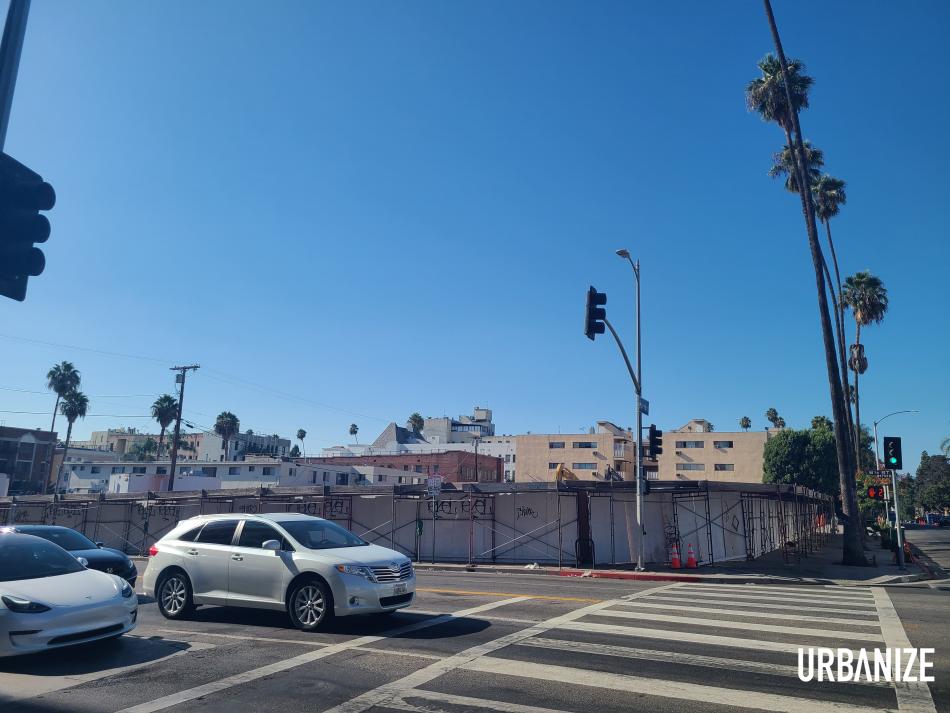 Demolition of the post office site at 6th and HarvardRichard Bourne

Next Architecture is designing the apartment complex at 555 S. Harvard Boulevard, which is shown in renderings as a contemporary podium-type building with an exterior of multi-colored cement plaster and metal accents. The development is intended to have a U-shaped footprint above its second floor, wrapping an elevated courtyard. Proposed on-site amenities include a dog park, a lounge, and a fitness center.

Jamison is not the first developer to try its hand at the 555 Harvard Site. Previously, Urban Commons had proposed the construction of a 10-story hotel and condominium complex on the property, but withdrew the project from entitlement proceedings in January 2020, according to city records.

Jamison Services ranks among the largest commercial property owners in the City of Los Angeles, and is responsible for many of Koreatown's newest ground-up and adaptive reuse projects, including the Maya apartments one block east on Kingsley Drive and the Luna on Wilshire complex one block south.